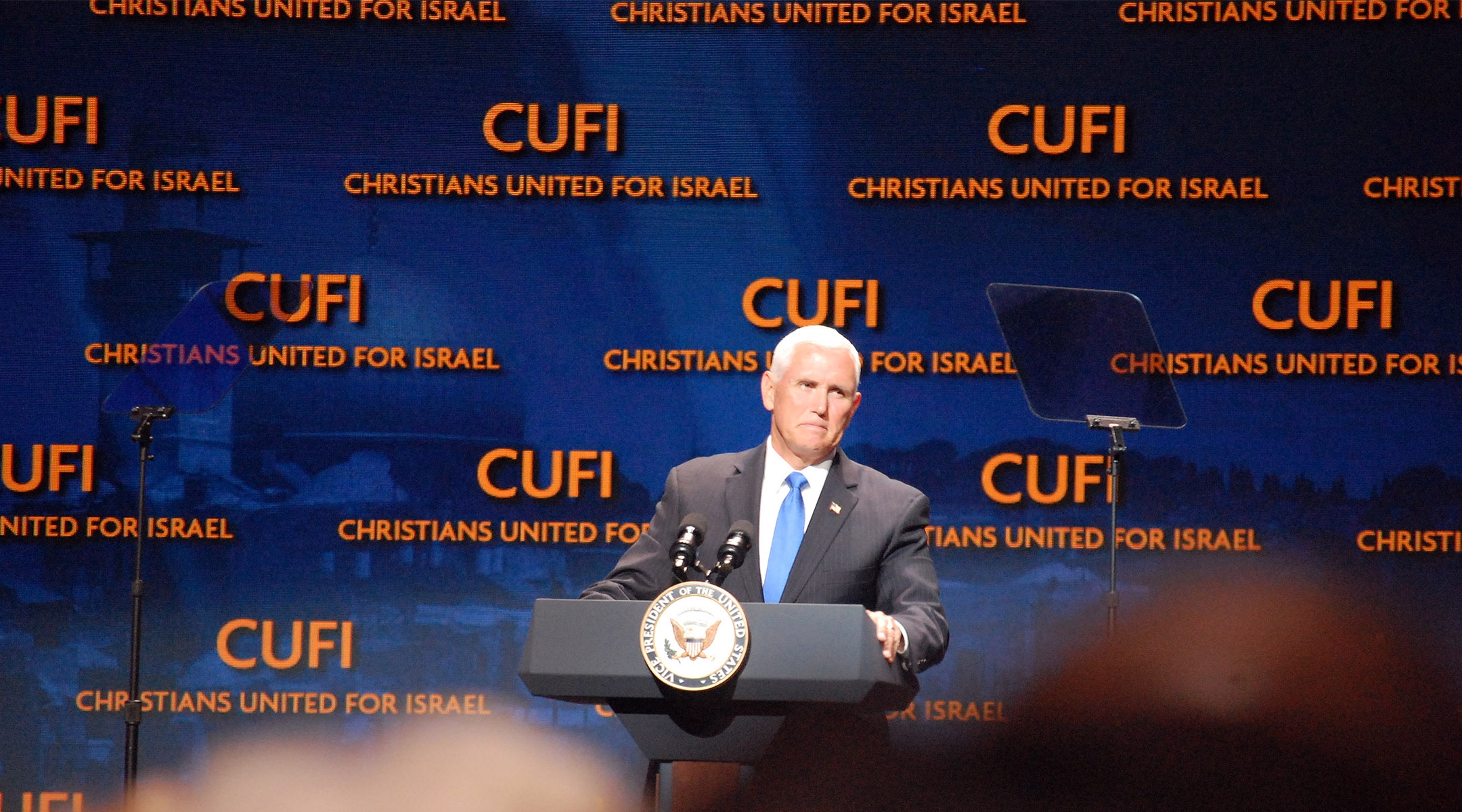 US Vice President Mike Pence. On July 8, 2019, he addressed a Christians United for Israel conference in Washington, DC, and slammed comparisons between ICE detention facilities and the Holocaust. (Laura E. Adkins)
Advertisement

After describing being moved by a visit of his own to Auschwitz-Birkenau with his wife Karen, Pence lambasted the politicization of the legacy of the Holocaust.

“We must never allow” the suffering of those who died in the Holocaust “to be cheapened as a cliche to advance some left-wing political narrative,” he said, adding that it was an “outrage” when “the left and the media shamefully came to the defense” of Ocasio-Cortez.

“The Nazis took lives. American law enforcement saves lives everyday…This slander was an insult to the 6 million killed in the Holocaust, and it should be condemned by every American in every political party,” Pence added.

Pence is among a broad array of top administration officials who will speak Monday and Tuesday at the CUFI conference taking place here.

On June 17 in an Instagram Live video, Ocasio-Cortez, a New York Democrat, referred to migrant detention centers at the U.S.-Mexico border as “concentration camps.”

On Sunday The New York Times reported on overcrowding, hunger and the spread of diseases at a facility in Clint, Tex., where migrant children are being held.