Virginia House will have its first female and first Jewish speaker 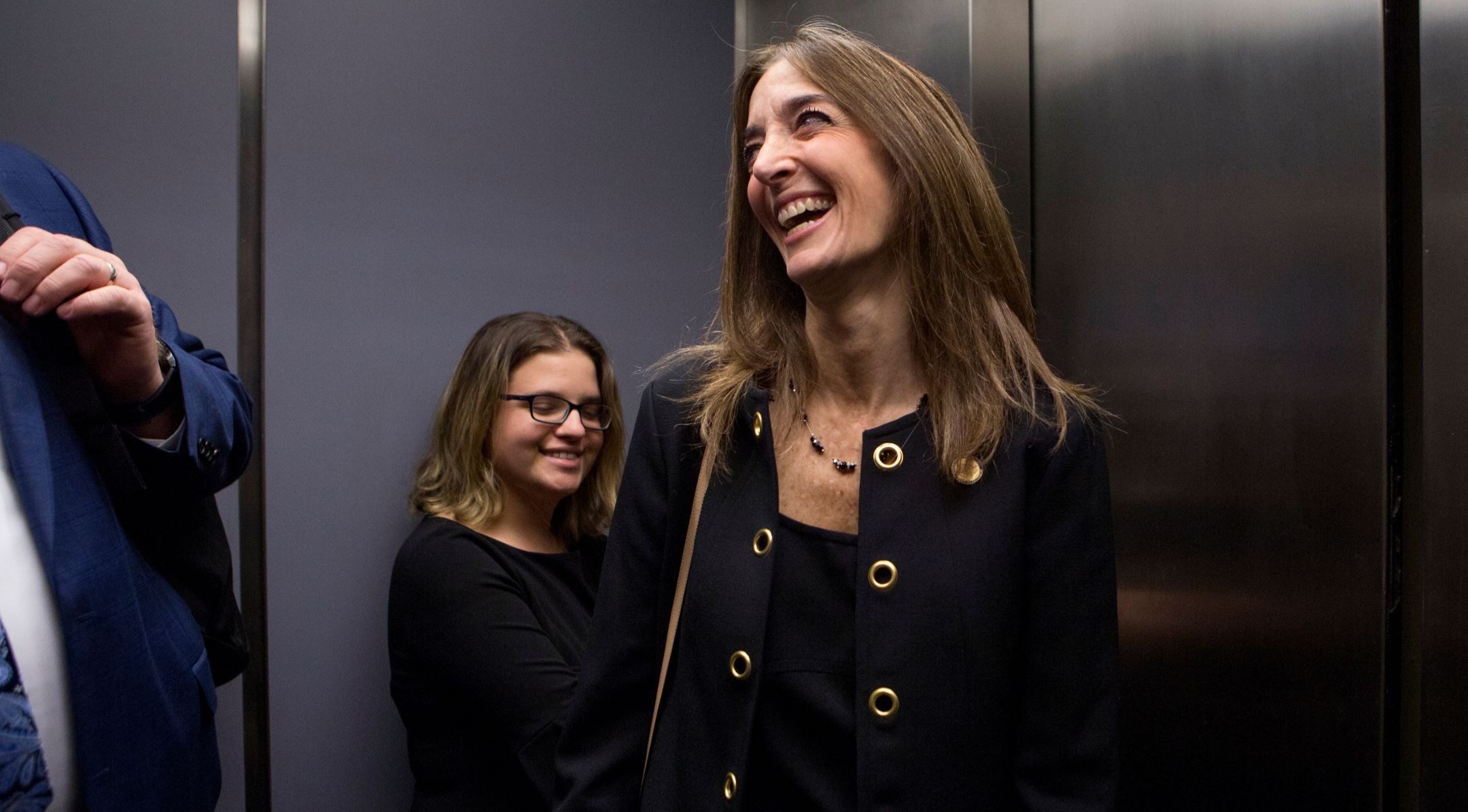 Democrat Eileen Filler-Corn of Fairfax County rides the elevator down from her office in the Pocahontas Building in Richmond, Virginia on Tuesday, December 18, 2018. (Julia Rendleman for the Washington Post)
Advertisement

(JTA) — The Virginia House of Delegates will have its first female and first Jewish speaker.

The current minority leader, Democrat Eileen Filler-Corn, 55, of Fairfax County, Virginia, was chosen as speaker by the House’s incoming Democrats on Saturday. She has served in the state General Assembly since 2010.

Filler-Corn said in a statement that she is “humbled and honored” to have been chosen speaker by her colleagues.

“The firsts are not lost one me – the first woman and the first Jewish person elected Speaker-designee in our 400-year legislative history – but it doesn’t define me. When I joined this body less than 10 years ago, I was the only mom serving with school-aged kids. We have come so far since then. We have the most diverse House Caucus in our history, which includes cultural, gender and geographic diversity. It also means a diversity of experience and perspectives on issues that affect Virginians, in all regions,” she said in the statement.

Democrats won a majority in the Virginia State house on Tuesday. It is the first time in 20 years that Democrats will be the majority, The Associated Press reported.

Filler-Corn is on the board of directors of the Washington region’s American Jewish Committee chapter. Until Saturday she had been serving as leader of the Virginia House Democratic Caucus.