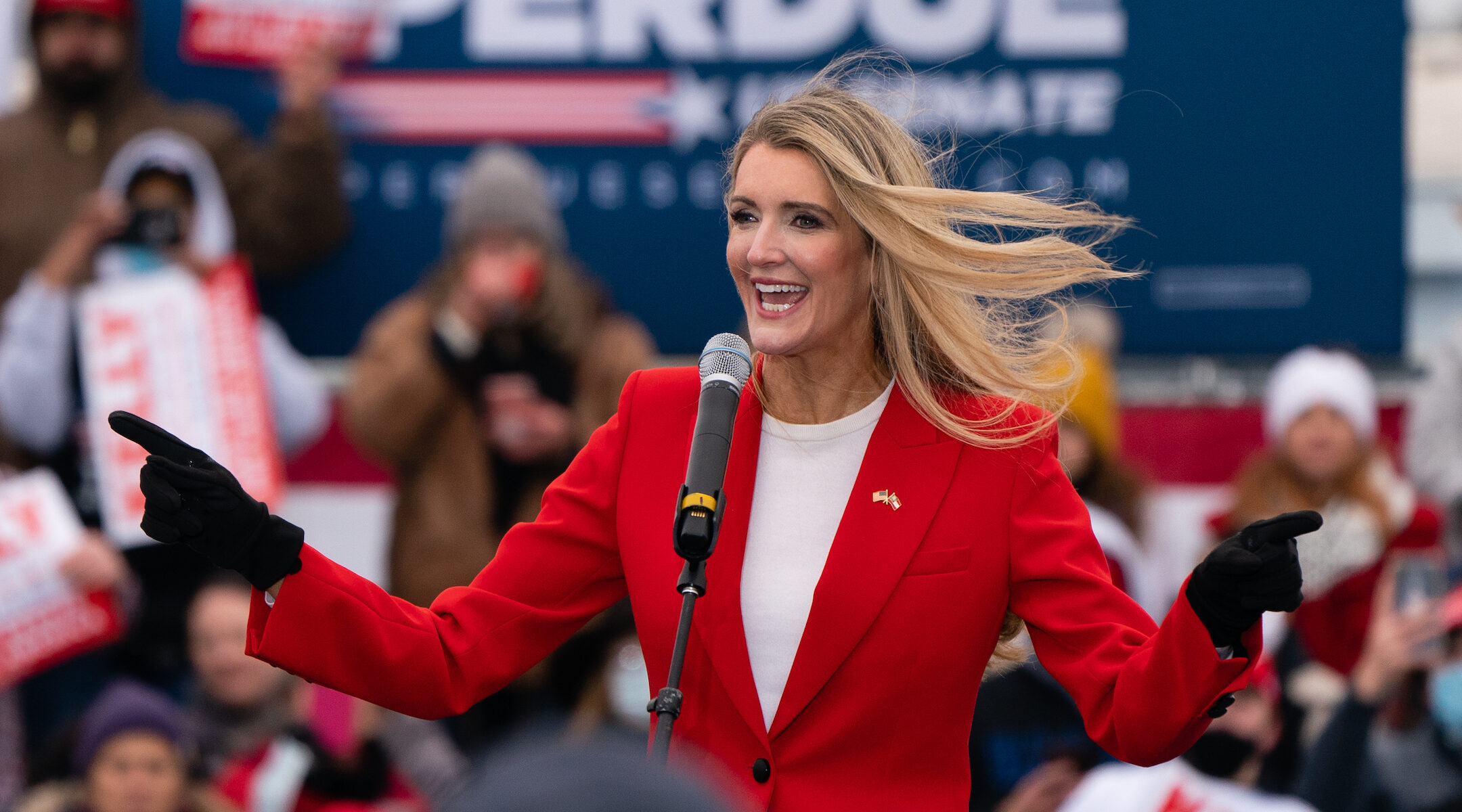 (JTA) — Jon Ossoff, Raphael Warnock and David Perdue all responded to the Atlanta Jewish Times’ call for them to publish letters in the publication aimed directly at Georgia’s Jewish community ahead of their closely watched runoff elections for U.S. Senate seats.

Kelly Loeffler followed suit but decided not to publish hers in the Times, publishing a statement on her website by her deputy campaign manager on Saturday instead.

The two races, which take place Jan. 5 and will determine control of the Senate, have featured contentious Jewish issues, and the candidates’ statements all addressed them.

Ossoff, the lone Jewish candidate, who noted in his letter that he was “raised among relatives who survived the Shoah,” called his Republican opponent Perdue “a virulent and unrepentant anti-Semite” for elongating Ossoff’s noise in a campaign ad and not issuing a public apology.

“A U.S. senator who uses ancient anti-Semitic imagery to inflame hatred against his Jewish opponent must be crushed by Jewish voters on Election Day,” the Democrat Ossoff wrote.

Warnock, whose positions on Israel have been criticized by Republicans, wrote that while he supports the First Amendment right to protest and is “deeply concerned” about Israeli settlement expansion, he firmly opposes the boycott Israel movement and what he called its “anti-Semitic underpinnings.” He also wrote about the historic ties between his church, which is Martin Luther King, Jr.’s pulpit, and the Atlanta Jewish community.

Perdue led his letter with praise for President Trump’s Israel policy but also claimed that “fighting anti-Semitism in all forms and at all levels” has been his priority and argued that the BDS movement “has served as a catalyst to the rising frequency of attacks against Jews.”

Loeffler similarly lauded Trump’s Israel moves, such as moving the U.S. embassy from Tel Aviv to Jerusalem, but spent a large portion of her statement attacking Warnock, who she described as “the most radically liberal candidate anywhere in the country.” She said Warnock would “add yet another voice to the anti-Israel cadre in Congress,” mentioning Reps. Ilhan Omar and Rashida Tlaib, who unlike Warnock support the BDS movement.

Loeffler has been dogged by criticism that she has ties to anti-Semitic movements. She campaigned before November with Marjorie Taylor Greene, who would become the first member of Congress who has boosted the QAnon conspiracy theory. And last week a photo of Loeffler posing with a known white supremacist circulated online. She claims she did not who the man was while posing with him.

Find links to all of the full Atlanta Jewish Times letters here.