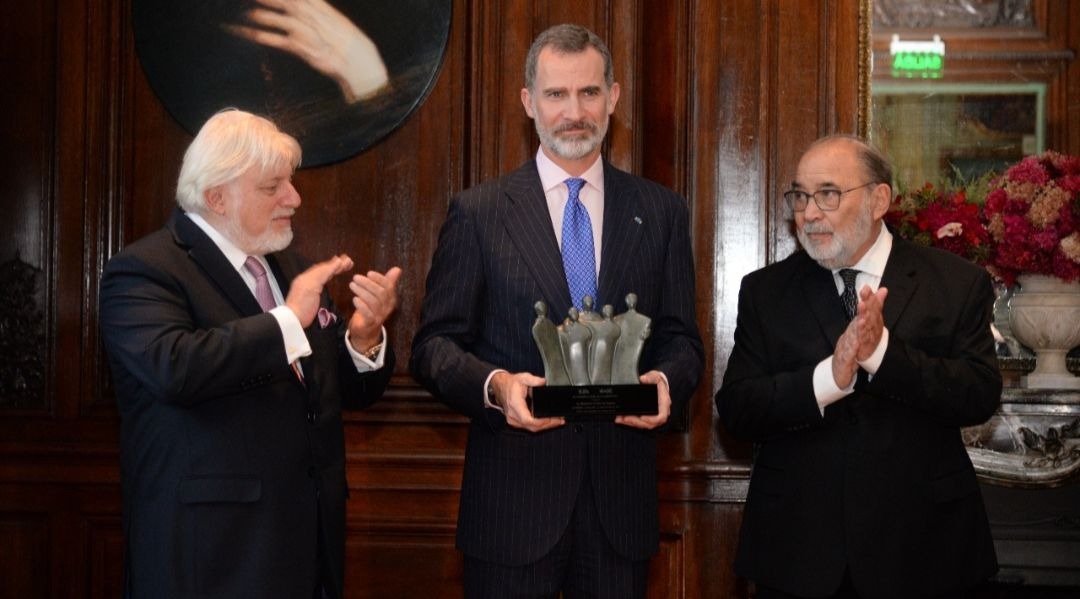 BUENOS AIRES, Argentina (JTA) — King Felipe VI of Spain was honored by the World Jewish Congress in recognition of the restitution of citizenship for Jews descended from Spaniards.

The Shalom Prize, which recognizes individuals or organizations that stand out in their efforts to contribute to peace, was conferred Tuesday on the king  in Buenos Aires.

“We have been working for a long time to recover the Jewish heritage and restore this ancestral bond so that Spain can recover part of her soul,” Felipe said after receiving the prize by the chair of regional branch of WJC, the Latin American Jewish Congress, Adrian Werthein. “The impact of this measure on the perception of so many Jews around the world is of a dimension that I could not anticipate.”

Werthein said the Spanish government’s gesture to Sephardic Jews represents “an example of the commitment to the reconstitution of the identity of those who were expelled dozens of generations ago. These types of gestures are the kind that historically have managed to bring peoples and nations closer.”

Spain’s citizenship law is the result of a government decision in 2012 that described offering citizenship to Sephardic Jews as compensation for their ancestors’ expulsion from the country in the 15th and 16th centuries by the Spanish royal house and church during the Spanish Inquisition. In 2015, Spain’s king honored Sephardic Jews.

Previous recipients of the Shalom Prize include the presidents of Chile, Colombia and Paraguay.