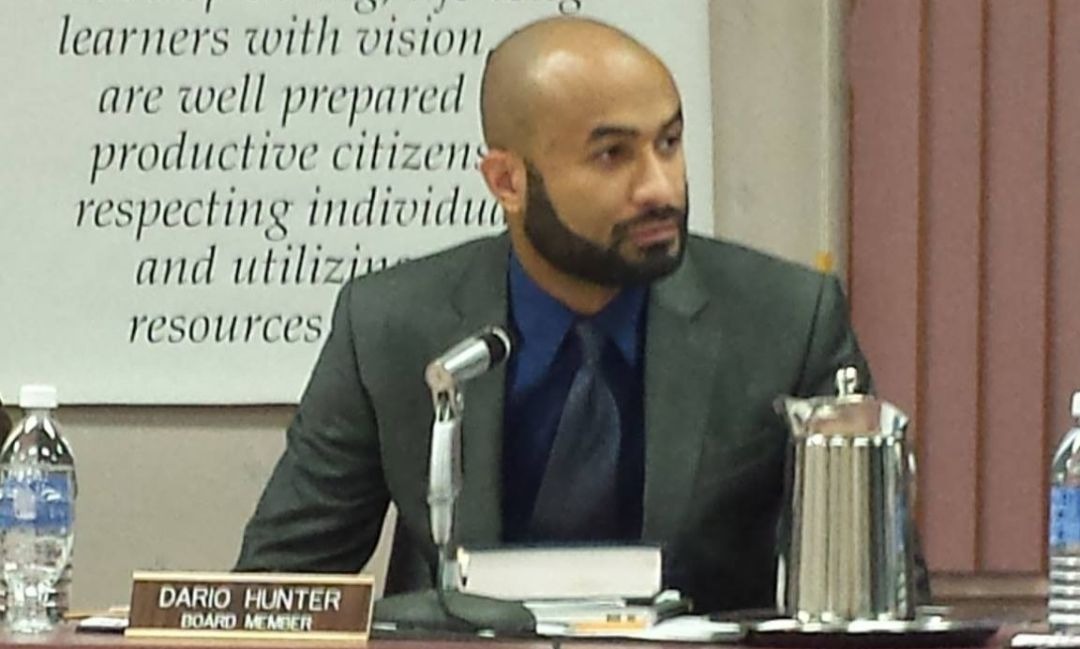 Dario Hunter, a 35-year-old rabbi who serves on the Youngstown (Ohio) Board of Education, is running for the 2020 Green Party presidential nomination. (Courtesy of Dario Hunter/Wikimedia Commons)
Advertisement

(JTA) — Dario Hunter, an Ohio rabbi seeking the Green Party’s 2020 presidential nomination, is visiting Israel as part of what he calls the “Building Bridges Tour.”

Hunter’s statement announcing the visit said he was traveling to “Israel-Palestine,” which is how the Green Party platform identifies the country.

Hunter was in Haifa on Tuesday, where he met with Reem Hazzan from the Hadash party, which stands for the Democratic Front for Peace and Equality, a joint Arab and Jewish party with roots in the Israeli Communist Party. Hadash is running on a joint list with Taal, The Arab Movement for Renewal, headed by Ahmed Tibi. Hazzan is the joint campaign’s manager.

Hadash identifies as a non-Zionist party and supports the establishment of a Palestinian state in all of the West Bank and Gaza.

“Advancing the Green Party’s goal of achieving world peace means building connections internationally with those who support a more just and conflict-free world,” Hunter said in a statement. “I value friendly relationships with groups that fight for human rights and against the violation of the rights of Palestinians.”

Hunter said in February that he had been fired from his part-time job as spiritual leader of Youngstown’s Congregation Ohev Tzedek-Shaarei Torah over comments criticizing Israel. The synagogue denies the claim, saying there was concern that his presidential campaign would take up too much of his time to perform his job as a rabbi.

Hunter, who serves on the Youngstown Board of Education, is the son of an Iranian Muslim father and a black Christian mother who first underwent a Reform conversion to Judaism and later converted Orthodox. He was ordained by the nondenominational Jewish Spiritual Leaders Institute, an online rabbinical school.