Before and during the assault, Izmir Koch and the other assailants were heard shouting, “I want to kill all of the Jews” and “I want to stab the Jews.”

The alleged assailant asked people standing outside a restaurant if anyone there was Jewish; the victim said he was but actually was not. 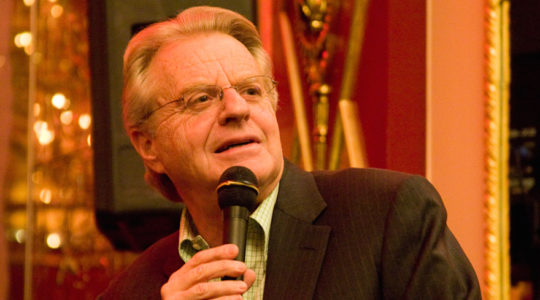 Past the political gridlock, don’t expect to see real-life drama in D.C. anytime soon. Former mayor of Cincinnati and talk-show host Jerry Springer confirmed he is not re-entering politics. His name has been brought up in recent years as a possible choice for a Democratic candidate for Congress or governor in Ohio, according to the Associated Press, […]

How some federations used the recession to transform themselves

How some federations used the recession to transform themselves