Jews in Beirut in Danger; Rebels Threaten to Blow Up Their Quarter 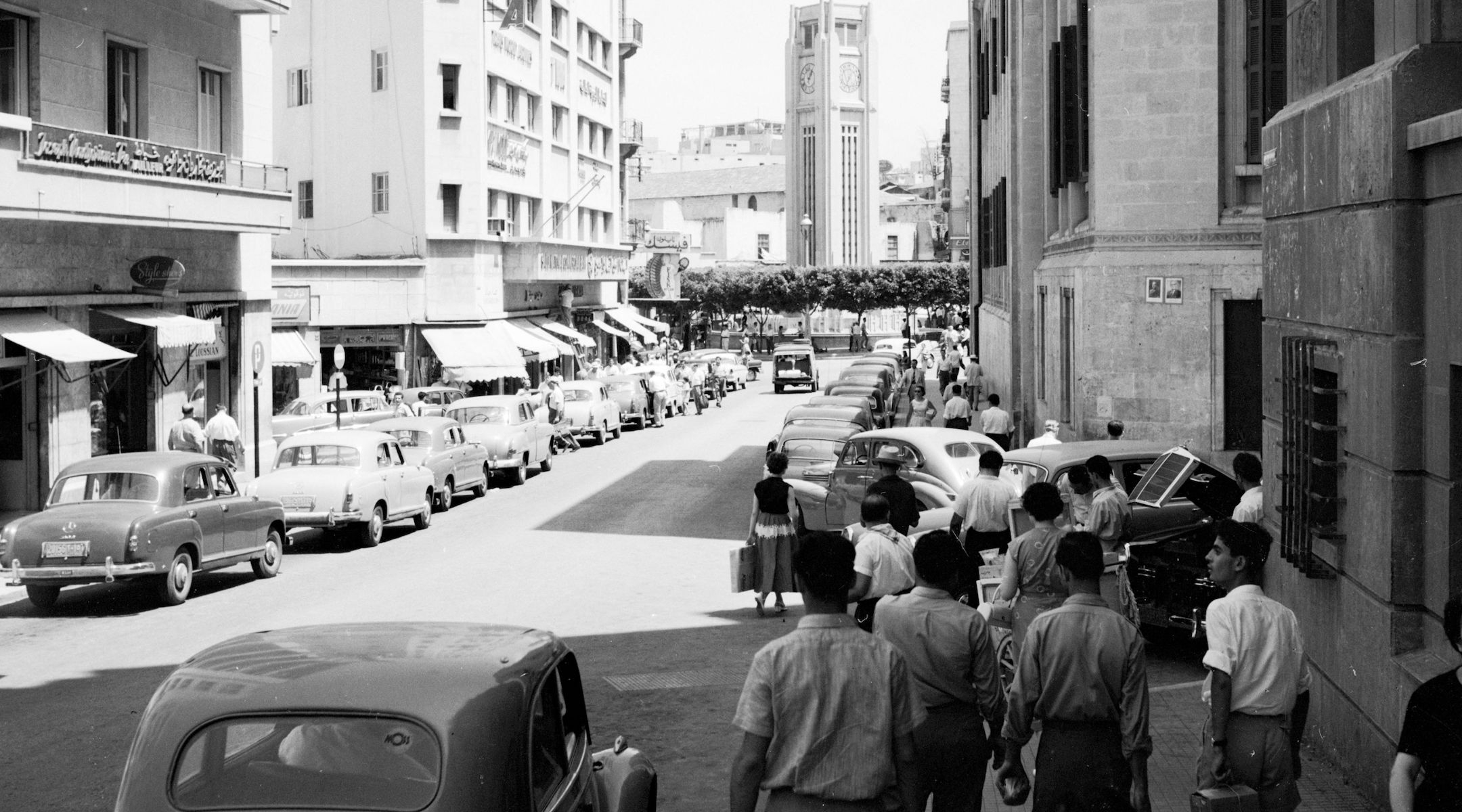 An image of Beirut circa 1958. (Three Lions/Getty Images)
See Original Daily Bulletin From This Date
Advertisement

A threat from Moslem extremists to blow up the Jewish quarter of Beirut, capital of revolt-torn Lebanon, was reported in the press here today.

A dispatch from Beirut said that the Jewish community had received an “ultimatum” from Adnan Hakim, leader of the extremist Moslem Najjada Party, to remove from its synagogue and nearby buildings alleged caches of arms and ammunition. The “ultimatum” was published in the newspaper Al Siassa, which sides with the opponents of the embattled Chamoun government.

The Beirut rabbinate immediately denied that any arms or ammunition were stored in the synagogue or in Jewish homes. The “ultimatum, ” of whose genuineness the leaders of Beirut’s 3, 000 member community are not assured, demanded removal of the alleged weapons by noon today.

The World Jewish Congress here, estimating that there are 10, 000 Jews in Lebanon today, said that although there have been arrests of Jews in Lebanon since the establishment of Israel, nevertheless Lebanon remained the only Arab country in the Middle East “with a stable and practically unmolested Jewish population. ” The Lebanese Jews occupy important economic positions, mainly as business men and professionals. “But the economic lot of the former Syrian Jews–a large portion of the Lebanese Jewish community–is worse and they have not been granted Lebanese citizenship because of Syrian pressure, ” the WJC emphasized.