Needy Jews to Get Kosher Cheese from Federal Dairy Surplus 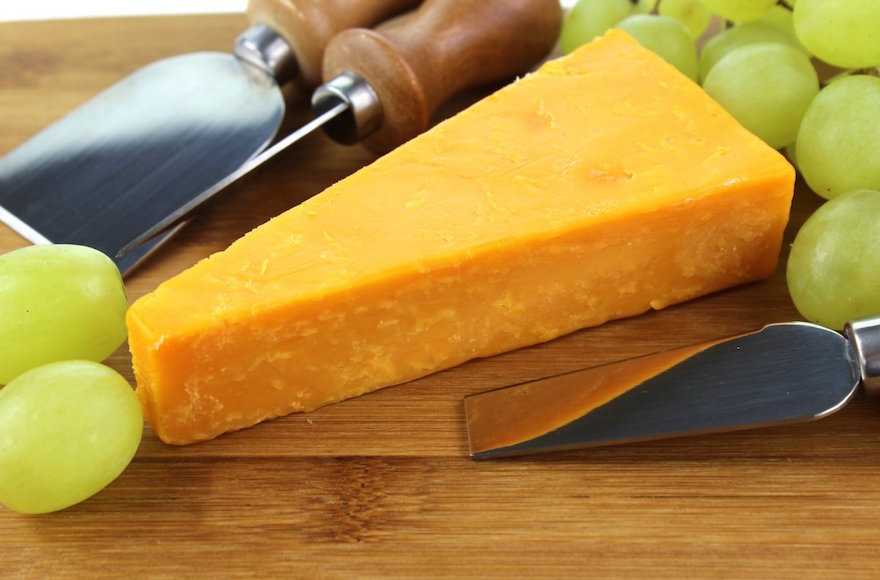 For the first time in the history of distribution to the needy by the federal government of dairy foods from its vast surplus stocks, arrangements have been made to distribute kosher cheese made from such surplus milk to needy Jews in the New York City area, an official in a key program of aiding the Jewish poor here reported today.

He said the reason federal officials approved the request this year was because Assemblyman Dov Hikind, a Brooklyn Democrat, who pressed the request vigorously, was finally told that if he or some private organization would pick up the cost differential for the production of the kosher cheese, the Department of Agriculture “would be willing to provide the basic cost of production, the surplus dairy products themselves, and the cost of transportation to one location in the state.”

Cohen said that, to his knowledge, all kosher or Cholov Yisrael American cheese, regardless of brand, is produced by companies such as Olam-World Cheese Company, under contract with a few major plants in Milwaukee, such as those of Kraft. Cholov Yisrael refers to milk in which there is rabbinic supervision extending to the diet of the cow. Some Jews use only Cholov Yisrael milk.

He said the kosher cheese is always produced on a Monday morning, after the plant has been idle for at least 24 hours. The plant is then carefully cleaned and made kosher, the coagulating element is added and finally kosher labeling is applied. In non-kosher cheese the coagulating element, rennet is from animal sources. The kosher element is from chemical derivatives.

Cohen added that in the case of American cheese made from Cholov Yisrael milk, a number of months of preparation is involved to assemble enough quantities of such milk. He added that the Olam Cheese Company has a contract with the federal government to produce kosher cheese for the Board of Jewish Education of New York. He said he understood Olam to be the only cheese company to have such a contract.

Cohen said the Coordinating Council ordered the kosher cheese for production today and delivery to New York City on or about April 25. He said the minimum order is a truckload, 37,000 pounds.

Cohen said the kosher cheese will be delivered to the Gustave Hartman YM-YWHA in Far Rockaway and to senior centers throughout New York City, under auspices of the Coordinating Council.

He said each Jewish community is responsible for picking up its allocated amount of cheese in five-pound blocks, from the main distribution point. The cheese will be distributed at local sites to Jews who present evidence of their having low incomes and who are in need.

COST OF THE PROGRAM

Cohen said the only cost in which the Coordinating Council is involved in the program is the 15 cents per pound differential — the same amount as is paid by the Bureau of Jewish Education — for the extra cost of manufacturing the kosher cheese.

Olam World Cheese Company officials said the costs relate to rental of the plant; koshering the plant; kashruth supervision (by the kashruth division of the Union of Orthodox Jewish Congregations); change of rennet formula; and labeling charges. Cohen said that in the case of Cholov Yisrael kosher cheese, the added cost is 35 cents per pound, based on production and storage of Cholov Yisrael milk prior to making it into kosher cheese.

Rep. Mario Biaggi (D. N. Y) has been making efforts to persuade the Department of Agriculture to underwrite these costs, Cohen said, noting that the New York City Council recently passed a unanimous resolution, introduced by Councilman Fred Samuels of Harlem, which urged the federal government not to discriminate against persons who eat kosher by forcing the Jewish community to pay the difference in production costs.

Cohen said prospective recipients were being notified through the Coordinating Council’s affiliated Jewish community councils and that the coordinating council planned media advertising about the availability of the kosher cheese.

He stressed he did not think the 37,000 pounds would meet the needs of poor Jews and that the Coordinating Council is considering additional orders. He said the funds for the $6,000 cost differential for the kosher cheese is being met partly with a $3,000 grant from the Coordinating Council and the other $3,000 is being raised by concerned Jews in Brooklyn, led by Hikind. Jewish Ys and the senior centers will be involved as distribution aides.

Cohen added that synagogues, Jewish Ys and schools will be used as distribution centers only if they have adequate refrigeration facilities.