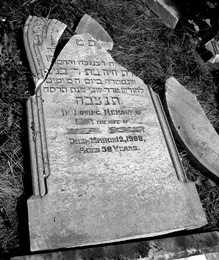 A tombstone knocked over and shattered at the Middlesborough cemetery in England in June 2004. (Courtesy of Community Security Trust)
Advertisement