Be wary of evangelical support for Israel 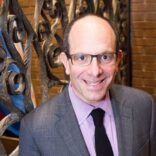 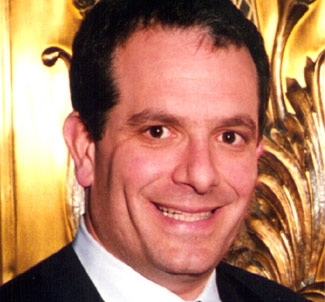 SAN ANTONIO, July 9 (JTA) — American Jews should be wary about engaging with extreme right-wing Christian supporters of Israel. As a congregational rabbi, serving in San Antonio — home of the leader of Christians United for Israel, the Rev. John Hagee — I am most wary of these efforts. No, I am not worried that Hagee will try to convert us in the process. The entire American Jewish community may trust the reliable testimony of my Orthodox colleague in San Antonio, Rabbi Aryeh Scheinberg, who insists that Hagee doesn’t utilize his pro-Israel activities to proselytize Jews. Hagee has earned the enmity of some colleagues in the process. Even as we may be comfortable with Hagee himself on this one matter, we can not rest easy, simply on the basis of Hagee’s successful insertion of anti-missionary language into the Christian group’s foundational documents. Hagee’s colleagues among the group’s leaders may not share his record or commitment in this regard. Instead of conversionary activity, my concerns revolve around my everyday labor, engaging mainstream Christians — Catholics and mainline Protestants, as well as mainstream evangelicals — in support of our Jewish homeland and all the causes that we American Jews hold dear. To the Christian colleagues with whom I work most closely, Hagee is a charlatan. He and his group’s partners hew to a theology that mainstream Americans of every faith reject and often abhor. Even as they speak to large congregations, Hagee and his ilk are repudiated by tens of millions of Christians, including evangelicals, and for good reason. The group’s advocacy for Israel will harm everything we hold dear, as Israel and the Jewish people are tarnished by association. Our people, though, cannot be our only concern. No Jew can hear Hagee’s sermon series, “Allah and America,” and still support his efforts. Yes, the terror-supporting fundamentalist Islam that dominates the Muslim world today is worthy of condemnation. Hagee, though, vilifies Islam itself, demonizing Allah and the prophet Mohammed. Having lived through centuries when our own faith was similarly mocked, we can not partner with today’s preachers of hate. When we embrace Hagee and the like, we may be seen as joining or at least tolerating their repugnant extremism. When we work with these folks, we legitimize them as political players, strengthening their impact on agendas we find anathema, from their opposition to the First Amendment’s guarantees of religious freedom to their callous opposition to programs most critically needed by the poorest among us. Unlike the Catholic Church, for example, with which we disagree on the important concerns of sexual and reproductive freedom, the only issue on which we agree with the extremist fundamentalists in Hagee’s group is our shared support for Israel. They work hard to oppose our priorities and American Jewish interests every day. San Antonio Jews are deeply and personally affected by the actions and advocacy of Hagee and his minions. Most harmed are young people from our synagogues, attending public schools. They are proselytized at lunch and subjected to Christian prayer in their extracurricular activities. If we hear our young people’s pain — as I do, regularly — we cannot stand with the very people who inflict it. Finally, understand that Hagee’s group is no “Christian AIPAC.” His group is not pledged, as AIPAC is, to support all acts of the Israeli government. To date, its leadership has been cagey about whether it might actively oppose “convergence,” the policy of the current Israeli government, so recently elected by a convincing margin. Hagee has said that his group will support the Israel government; but, for years, he has inveighed loudly against all disengagement from occupied territory. Israel does not need a powerful Washington lobby attempting to influence Israeli policy or asking the United States to do so. As the president of the Union for Reform Judaism, Rabbi Eric Yoffie, has pointed out, if the group were to oppose the moderate and peace-seeking policies embraced by the large majority of Israelis and pursued by the Olmert government, then these extremists’ efforts would actually oppose the Jewish state they claim to support. A word of comfort: Hagee’s group is not altogether bad. Today’s anti-Israel left and isolationist right, taking cues from classic anti-Semitism, claim that American support for Israel is the result of the allegedly improper, outsized influence of American Jews, as though we hold Congress and the president in our pockets. The group’s voice will remind all Americans that support for Israel runs deep in this country. Like all Americans, the extreme religious right has the privilege to lobby for its beliefs. Let them do so, as they wish, as Christians, without the involvement of the organized Jewish community. Let us keep far away, with our eyes open. For our own future as Jews in America. For our souls. For Israel.Barry Block is the senior rabbi at Temple Beth-El in San Antonio.