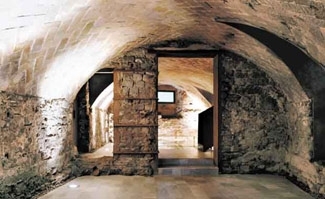 The main synagogue in Barcelona's old Jewish quarter has been restored; the synagogue had been largely untouched by the city's Jewish community since a pogrom in 1391. ("Courtesy Miguel Iaffa, Recovery Project of the former Major Synagogue of Barcelona")
Advertisement