Jews, and only Jews, for hire 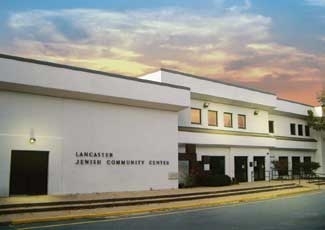 JCC in Lancaster, Pa., which won a lawsuit that allowed them the right to dismiss an employee over her participation in a Jews for Jesus event. (Courtesy of Lancaster JCC)
Advertisement

NEW YORK (JTA) – Some Jewish institutions may have their own “road map” on hiring practices after a U.S. federal court ruled that a Pennsylvania JCC had the right to dismiss an employee over her participation in a Jews for Jesus event.

Linda LeBoon, an Evangelical Christian, had sued the Lancaster JCC claiming that she was fired in 2002 as its bookkeeper for attending a Jews for Jesus event.

The JCC, LeBoon argued, was a center for Jewish culture and therefore did not qualify for the exemption in the 1964 Civil Rights Act that allows religious organizations to discriminate on the basis of religion when it comes to hiring.

But last month the 3rd U.S. Circuit Court of Appeals voted 2-1 to uphold a lower-court decision that the JCC is indeed a “religious corporation, organization, or institution” and had the right to dismiss an employee over his or her religious activities.

“If they would have lost this case,” said Marc Stern, general counsel of the American Jewish Congress, “it would have meant that someone from Jews for Jesus could have come into a Jewish organization and could have had a prominent position, and you couldn’t have done anything about it legally. That would have been a catastrophe.”

In addition to ensuring the right to dismiss employees over affiliations with Messianic groups, the ruling could serve as a broader legal guide for non-synagogue Jewish institutions, like JCCs and federations, that want to reserve the right to insist on hiring Jews for top leadership posts and other jobs.

“This case provides a road map for other JCCs and organizations that have some preference for hiring Jews in particular positions to qualify for this exemption,” Stern said. “It has not always been self evident that they have the right to do so.”

While Title VII of the Civil Rights Act prohibits employment discrimination based on race, color, religion, sex or national origin, Section 702 of the act states that parochial schools and houses of worship are exempt and may hire based on religion.

There has long been a debate about whether organizations affiliated with religious groups, such as camps, nursing homes, social service agencies and community centers, were afforded the same right to discriminate in hiring.

LeBoon argued that because the Lancaster JCC had non-Jewish members, rented space to other religious organizations and held generally secular activities, the institution was not a religious institution. Further, she argued, the JCC was not financially or administratively tied to a synagogue.

The appeals court in Philadelphia ruled, however, that the JCC was entitled to the exemption because “during the period under scrutiny, its structures and purposes were primarily religious.”

Drawing on precedents, the court compiled a list of nine criteria to help determine what constitutes a religious institution. Among the questions were: Is the institution a not for profit? Does it offer a secular product? Does it have a stated religious purpose? Does any religious entity participate in its management? Does it include religious instruction? Is it made up of coreligionists?

The court noted that the rabbis of the city’s three synagogues were honorary non-voting members of the JCC board whose input played a key role in the firing and hiring of the institution’s top professionals, helped with the fund raising and provided religious programming.

In addition, the court said the JCC organized Jewish holiday events, had mezuzahs affixed to its doors, maintained a kosher kitchen and, despite its gloomy financial situation, decided not to rent out its facilities on the Sabbath.

“These characteristics clearly point to the conclusion” that the JCC was “primarily a religious organization,” the majority opinion stated.

In her dissenting opinion, Judge Marjorie Rendell argued that the only relevant question is whether the JCC was funded or controlled by a religious group. The JCC, she said, “was not run by a synagogue but by a board independently elected by the center’s members.”

Both sides claimed that their approach would avoid forcing the courts into the unconstitutional role of arbitrating on religious questions.

The national arms of local JCCs and Jewish federations did not comment specifically about the case. Observers, including Stern, say the decision allows for installing safeguards against proselytizing groups trying to infiltrate Jewish organizations.

Synagogues and Jewish schools have been fairly well protected by Article 702 of the Civil Rights Act and been able to avoid hiring job applicants who belong to groups such as Jews for Jesus, according to the director of Jewish communal affairs for the Jewish Community Relations Council of New York, Marcia Eisenberg.

But Jewish groups that fall on the more secular end of the spectrum, like JCCs and even less overtly Jewish organizations, have been susceptible to lawsuits involving discrimination claims.

“This gives some interesting comfort for Jewish organizations in that the definition of a religious institution is actually broader than it was before,” said Eisenberg, who helps Jewish groups draw up hiring practices. “This is especially helpful when you have big staffs and a lot of employees.”

Stern and Eisenberg said the case should give Jewish organizations reason to go back and reassess their mission statements and practices to see if they line up with what is required in the recent decision to qualify for the religious exemption.