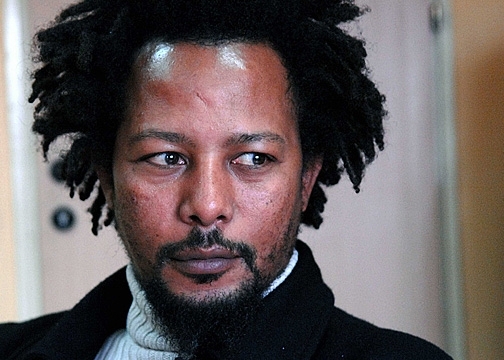 JERUSALEM (JTA) – The 125,000 Ethiopians who live in Israel immigrated here in dribs and drabs.

When Ethiopians first started coming to Israel in the 1970s, some members of Israel’s political elite referred to us as “temporary migrant workers.”

Things began to change only during the waves of aliyah in the 1980s, under Menachem Begin’s Likud government. The biggest of these waves was Operation Moses, a dramatic operation that cost many lives.

Thousands wandered in the dark of night in deserts and forests to fulfill the dream their forefathers harbored for 2,000 years in the Horn of Africa. One-third of those who embarked on the journey from Ethiopia through Sudan never succeeded in reaching the land of promise.

By 1991, when Operation Solomon brought the “remnant of Ethiopian Jewry” to Israel in an astounding 36-hour airlift that saw thousands of new immigrants, our cause had elicited unprecedented support in Israel and around the world.

With that, our Diaspora ended. There were no more Jews in Ethiopia. All who kept their faith in the Land of Israel and in the Jewish faith were able to come to Israel.

Those in Ethiopia today who claim to be part of the community are a collection of people looking for handouts trying to pass themselves off as Jews forced to forsake their Jewish faith.

There is no greater lie than theirs.

Advocates claim they are the descendents of Jews who forcibly converted to Christianity. This is nonsense.

For years the Ethiopian Christians who were our neighbors in good times and in bad never asked for our souls or forced us to kiss a cross or attend church. They had a God-fearing approach to the Jewish religion and unending respect for us as Jews. We even shared the same leaders, the Kessim, who served as our shepherds during our long Diaspora.

It’s true that in the early years of the Falash Mura aliyah, in the 1990s, there were families petitioning to come to Israel whose ancestors had converted to Christianity generations ago and whom we knew well. Though many of us felt ambivalent about these distant cousins whose grandparents had abandoned Judaism, we knew who they were and, in many cases, welcomed them to Israel.

But those who are petitioning to come today are different. They have no ties to Judaism or to the Jewish community. They are Christians who want to better their economic situations and therefore are embracing the trappings of Judaism.

What do they have in common with us today?

The answer lies not with them but with hypocritical American Jews who see the Judaism for which many of my fellow countrymen gave their lives as little more than a way to score more fund-raising successes.

This is why some American Jewish organizations are coercing the State of Israel to bring out-and-out Christians masquerading as Jews.

There is no greater tragedy than bringing people to Israel whose connection to Judaism is merely incidental at best, and at worst are non-Jews taking advantage of the ignorance of American Jews to better their lives.

Above all, this is a tragedy for the Ethiopian Jewish community.

The entire essence of our existence, and our dignity as black Jews in Israel, is encapsulated in one thing: our Jewishness. We have no common denominator with Israeli society, we have no logical connection to native Israelis other than this. This connection is our umbilical cord from earlier times. It is our pride at preserving the fragments of our Jewish faith in the African Diaspora.

Bringing masses of Christian Ethiopians to Israel impugns our Jewishness.

Israelis now confuse us with those who pray at the Ethiopian Orthodox church in Jerusalem’s Old City. If Christians masquerading as Jews continue to come to Israel, the real Ethiopian Jews will find themselves the subject of Israeli derision.

If the State of Israel insists on bringing these people, they should be brought as migrant workers, not as Jews forced to forsake their religion in Africa.

Calling these Falash Mura Jews insults the real Jews who marched through the deserts of Sudan out of blind faith and were willing to sacrifice their lives for their religious beliefs.

Furthermore, comparing this Christian aliyah with the many non-Jewish Russian immigrants who have come to Israel is misplaced and disingenuous. Soviet Jews did not choose to assimilate; the reality of their circumstances made that choice for them.

As Ethiopian Jews, the right thing for us to do given the circumstances is to accept as part of our community the thousands of Falash Mura who already have come to Israel. At the very least they chose to come here and be a part of our people.

But we must not continue to bring them. We must stop this immigration before it is too late.

(Danny Adeno Abebe, a journalist for Israel’s daily Yediot Achronot, made aliyah to Israel in Operation Moses in 1984.)