Franken: ‘I don’t think Minnesota is ready for a gentile in this seat’ 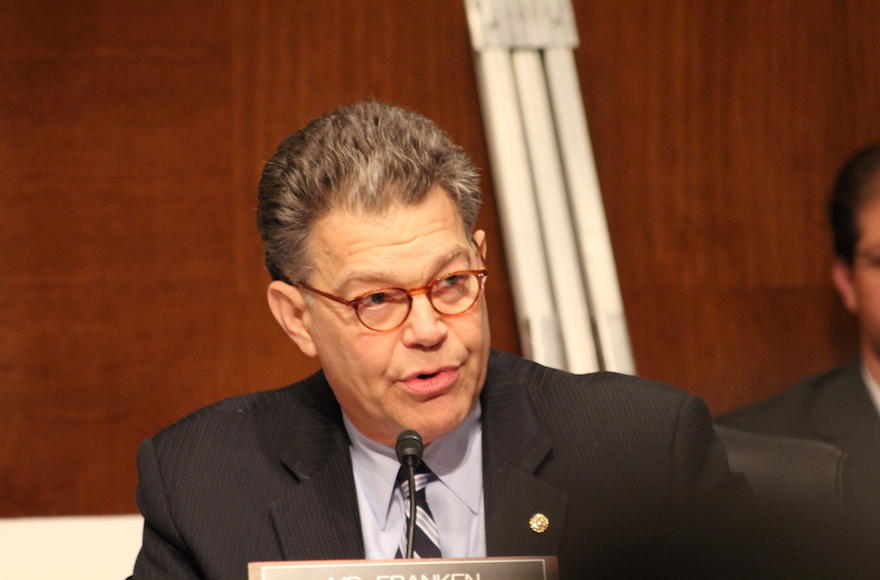 Two Jews running against each other for the U.S. Senate seat in Minnesota? It’s not unique, it’s tradition, says Democratic candidate Al Franken. After noting to JTA that the three previous elections for the seat have also matched two Jews – Rudy Boschwitz vs. Paul Wellstone twice, then Wellstone (before he died in a plane crash a week before Election Day) vs. current incumbent Norm Coleman. “I don’t think Minnesota is ready for a gentile in this seat,” he quipped.

Franken, best known for his tenure as a writer and performer on “Saturday Night Live,” told the same story a few minutes later to the crowd at the National Jewish Democratic Council’s Washington Conference. And it’s clear he’s not leaving his sense of humor behind while campaigning.

Asked by JTA about the importance of NJDC to his campaign, he replied, “Being Jewish myself, it’s a natural constituency. And being a Democrat myself, and liking committees – and national ones at that – it’s a perfect fit.”

In his remarks to NJDC, Franken criticized Republican Coleman for his “100 percent rating by the Christian Coalition.”

Franken said the difference in his race – which is currently a dead heat – would be the question: “Who is your senator going to work for?” Coleman, he said, is the “largest recipient in Minnesota political history” of donations from the pharmaceutical, oil and insurance industries.” Is he “working for the special interests,” asked Franken, “or the people of Minnesota?”