Convert cuts up in one-man show ‘Circumcise Me’ 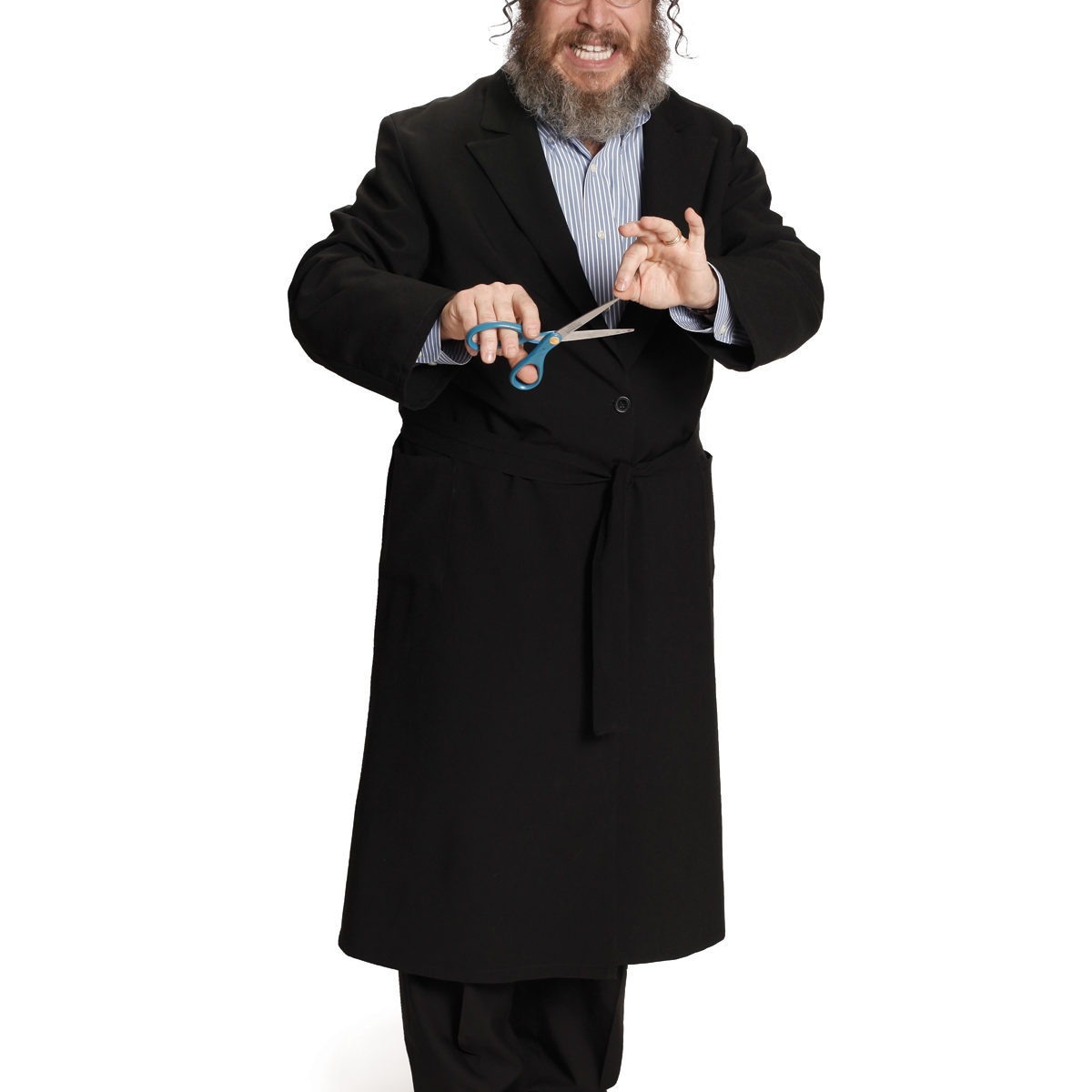 In his off-Broadway show, Yisrael Campbell talks candidly about the three penile blood-lettings he had to undergo in his journey to Orthodox Judaism. (Courtesy Yisrael Campbell)
Advertisement

NEW YORK (JTA) — Did comedian Yisrael Campbell convert to Judaism for the jokes? If so, he might have tried to avoid the three circumcisions he had to endure to become a member of the tribe.

Then again, maybe his new off-Broadway show, “Circumcise Me,” wouldn’t be as funny.

When the Catholic-born Campbell stumbles onto the stage at the start of his one-man play — now showing at the Bleecker Street Theater in New York — he looks like a fervently Orthodox Jew. He sports a long beard and sidecurls, a black hat and long black coat, and appears clutching a plastic bag filled with books.

“I brought with me my haredi briefcase,” he jokes.

Referring to his sidecurls, the Philadelphia native cracks, “These payos are just the beginning of a comb-over.”

Over the course of the hourlong play Campbell, 46, uses humor to bring to life the story of his transformation from lapsed Catholic to observant Jew.

Sitting down for an interview at a cafe on the Upper West Side of Manhattan, Campbell cites Jewish funnymen Woody Allen and the late Lenny Bruce as his comedic inspirations. He says his jokes are styled after their irreverent and self-deprecating routines.

Campbell also holds the late Richard Pryor in high esteem, especially for the way he incorporated the less savory parts of his life into his act.

“Pryor talked about the most horrible situations,” Campbell said. “When you can make people laugh with the story of how you lit yourself on fire,” referring to Pryor’s infamous free-basing cocaine accident, “then I say ‘kol hakavod.’ “

Like Pryor, Campbell talks candidly about his unhappy childhood, struggle with alcoholism and failed relationships.

“I’m the first-born son of a manic-depressive Italian woman and a pathologically silent Irishman,” he tells the audience. “That makes me wildly emotional … in a very quiet way.”

During those years, Campbell says, he remembers feeling a spiritual void that yearned to be filled.

Enter Leon Uris. In his early 20s, Campbell was given a copy of the author’s famous novel “Exodus” by a Jewish woman he was dating at the time. He was taken in by the idealistic descriptions of Zionist men and women toiling under the sun and turning the desert into fertile land.

“I dreamed of plucking out avocados from the ground,” he recalls. “I didn’t know they grew on trees.”

A few years later Campbell signed up for classes on Judaism with a Reform rabbi and liked what he learned so much that he decided to convert.

Convert to Judaism? Not so fast.

First Campbell had to satisfactorily answer a number of questions, get the approval of a committee and, finally, there was the small matter of circumcision.

Though Campbell was circumcised at birth, he still had to undergo the ritual penile blood-letting to enter the fold of Judaism. The ceremony took place at a local Jewish center in Los Angeles.

“Afterwards I was given a document confirming the circumcision,” he said. “I neatly folded it into my pocket; I was not going to lose this document.”

Cambell underwent two more blood-lettings when he converted to Conservative Judaism and finally to Orthodoxy. He moved to Jerusalem, changed his first name from Christopher to Yisrael and married his Talmud teacher Avital, with whom he now has three children.

“If I’m not Jewish by now, there’s a cheeseburger somewhere with my name on it,” Campbell quips.

Campbell’s amazing journey became the subject matter of a comedy routine he put on at venues in Jerusalem, and then of a documentary that was released in 2008 to critical acclaim.

Spurred by his success, Campbell has adapted the routine for the stage.

“It always had the elements of a different telling,” he said. “When I showed it to Sam [Gold, the director] he was convinced I should do an hour of theater.”

One of America’s top comics has taken note of Campbell’s show.

“Yisrael Campbell is the funniest Roman Catholic Orthodox Jewish comedian in the world,” Stephen Colbert, the Comedy Central talk show host, is quoted as saying on the show’s poster. “Hurry and see him before he turns Buddhist.”

Of course, it’s easier to get the covetous “Colbert bump” when Evelyn McGee-Colbert, the real-life wife of the famous faux pundit, is one of your producers. However, if the play receives the same kind of reviews as the documentary, it should do fine.

“In many ways the dream has come true for me,” Campbell said over coffee. “And all I had to do was change my religion, nationality, and marital and parental status.”