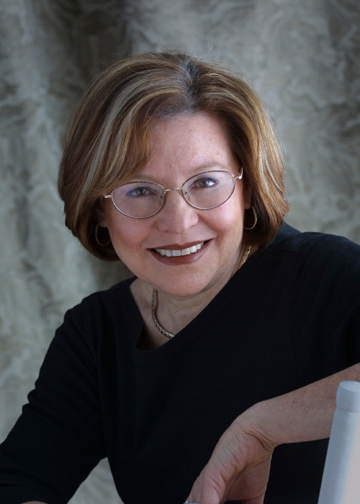 WALTHAM, Mass. (JTA) — “Why are so many people in their 20s taking so long to grow up?” The New York Times Magazine asked this summer in a piece by Robin Marantz Henig titled “The Post-Adolescent, Pre-Adult, Not-Quite-Decided Life Stage.”

Lori Gottlieb’s 2008 article in The Atlantic urging reluctant single women to “Marry Him: The Case for Settling for Mr. Good Enough,” later became a book. In her own 2002 book, economist Sylvia Ann Hewlett advised revising priorities in “Creating a Life: What Every Woman Needs to Know About Having a Baby and a Career.”

What provokes these personal questions and their subtext of alarm?

These postponements may reflect delays in assuming adulthood itself.

In 1960, when parents of today’s young adults were young, 77 percent of American women and 65 percent of men below the age of 30 accomplished five sociological milestones of adulthood — “completing school, leaving home, becoming financially independent, marrying and having a child,” Henig writes.

Today, fewer than half of women and one-third of men match that fully adult profile. Instead, American young adults go back to school, compete for unpaid internships, join Teach for America or serve in the Peace Corps.

Delayed family formation has special resonance for American Jews and the communities they live in, I found in my interview-based study funded by the Avi Chai foundation of American Jewish leaders in their 20s and 20s.

The lived Jewishness of young American Jews has been transformed by sweeping postponement of marriage and childbearing, which often delay Jewish connections and the attainment of personal goals. This postponement is seldom researched or discussed, but avoiding these sensitive issues helps no one. The Jewish community must begin addressing this issue.

Marriage and children are “simply not talked about,” said a recently married social entrepreneur. “I will turn 33 this summer and I have a whole bunch of friends who still aren’t even dating the person they’re going to marry, let alone getting married,” this person said. Even more startling, this person added, “We’re very afraid to talk about these issues with each other,” because “people worry about seeming judgmental.”

My respondents were uneasy about giving up opportunities before defining one’s own path. A female rabbi in her 30s said people like her should “Pace yourself and get married when you’re ready,” cultivating “a great network of friends and to date and meet people, and to go hiking and backpacking and cook, and all these things that I enjoy.”

Many said adults should achieve self-understanding — colloquially “find themselves” — before committing to sustained relationships. A young male rabbi, like many in his cohort, said there is little or no “peer pressure to get married” in college, and we feel we have “permission to take some time to find out who we are before we lock ourselves into a life partner.”

Serious dating and marriage carried the connotation of narrowing options.

Many note the influence of education, occupational achievement, contraception, cohabitation and economic conditions. But fear of risking romantic mistakes also plays an important role. Gottlieb critiqued evaluating dates as commodities, demanding perfection, rather than giving people and relationships a chance.

In my interviews, single women in their 30s explained “deal breakers,” including prior marriage or young children. Singles revised lists of desirable qualities so they wouldn’t “waste time” on individuals who don’t measure up.

Large networks of singles make singlehood normative. An artist in her late 30s said, “Everything in America is about choice. That’s what Americans are used to, whether it’s food or shul or online dating.” By contrast, she noted, “Israelis tend to gravitate towards forming families. It’s very important.”

Many interviewees urged care in choosing life partners and parenthood. Some linked postponement to parental divorce. But others said delays can also generate disappointment, especially for women.

When men marry in their 30s and 40s, they often choose younger women (and sometimes non-Jewish women), leaving women their age with fewer choices. Statistics since the 1980s show Jewish women with advanced degrees expect two or more children, but actually have fewer.

Despite advances in reproductive medicine and the proliferation of more single mothers by choice, later marriage or non-marriage is often correlated with unwanted infertility. “Lord knows, I would like nothing better than to have had children by this point,” said one 38-year old woman. “But I don’t.”

Machon Hadar co-founder Rabbi Ethan Tucker provides some perspective. When he and his wife were in Israel as he studied for rabbinical ordination, they had their second child at age 31 and felt like “laggards” because others their age had three or four. Back in New York, they found, “None of our friends even had one kid, and many were not married.”

The typical “alpha” marriage story was marriage in one’s late 20s or early 30, followed by years of waiting before starting a family.