Op-Ed: From the Nuremberg and Eichmann trials, a challenge for today 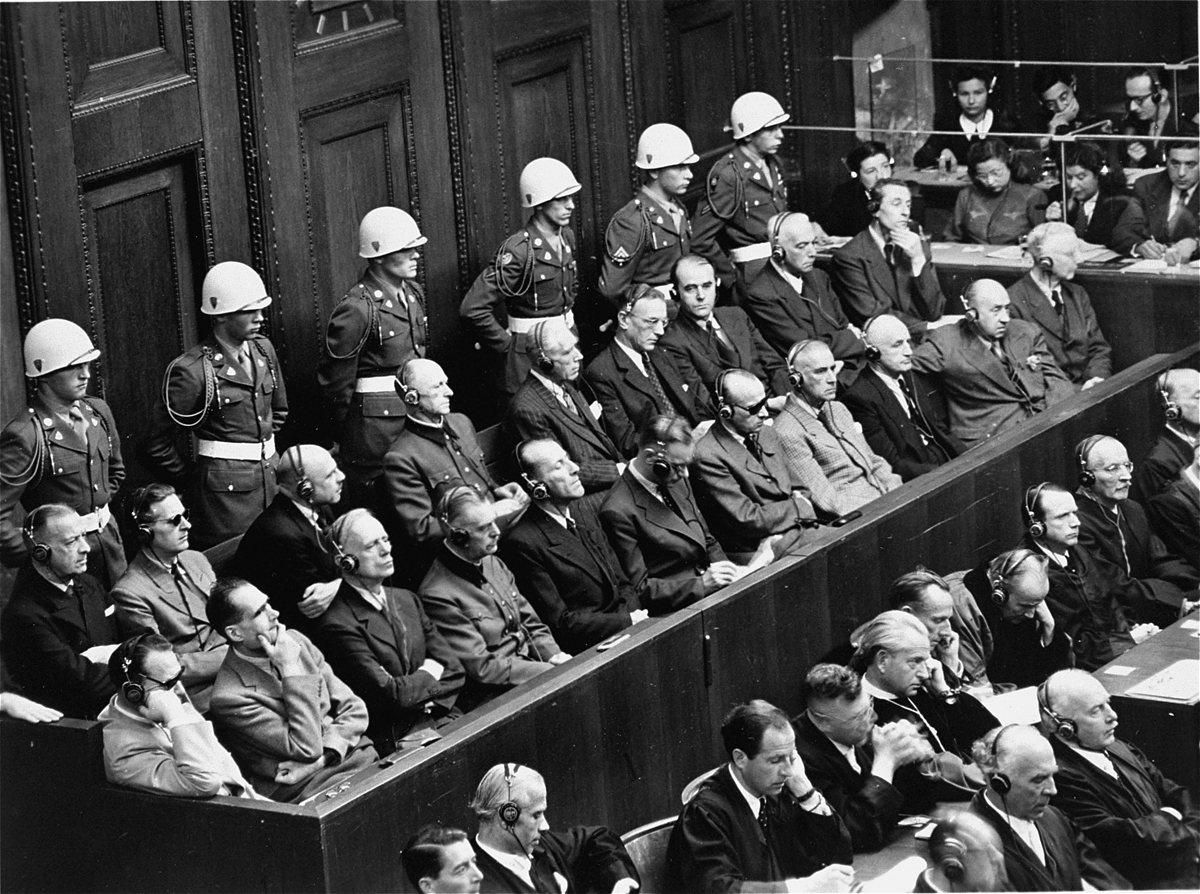 WASHINGTON (JTA) — Sixty-five years ago at the International Military Tribunal in Nuremberg, Germany, 22 defendants stood in the dock. They represented a cross-section of Nazi diplomatic, economic, political and military leadership, and became the first people in history to be indicted for crimes against humanity.

A tribunal of judges from the victorious Allied countries — the United States, Great Britain, France and the Soviet Union — did not convict all of the defendants. While 12 were sentenced to death, three to life terms and four to prison terms of up to 20 years, three were acquitted.

Additional trials were held in the following years. Collectively, all of the proceedings are now commonly referred to as the Nuremberg Trials.

Well before the war ended, the Allies had decided to prosecute Germans who were responsible for crimes against civilian populations. They believed that trials would hold an important place in history. They also hoped that establishing a new legal precedent would extinguish the possibility of the world ever facing these crimes again.

Among its legacies, the military tribunal at Nuremberg codified a new law — crimes against humanity — to protect civilians, and it prosecuted Nazi war criminals for atrocities they committed not only against their own citizens but those of other nations. It rejected the long-standing doctrine of sovereign immunity, which exempted heads of state from prosecution for actions taken while in office, and the doctrine of superior orders, which protected subordinates from being prosecuted for crimes they committed under orders.

The legacy of Nuremberg in preventing future atrocities has been uneven. The United Nations unanimously adopted the Convention on the Prevention and Punishment of the Crime of Genocide on Dec. 9, 1948. However, the United States did not become a party to the U.N Convention until 1988, and not until the 1990s were the first international criminal tribunals since Nuremberg established in the wake of the massive failure to prevent genocide in the former Yugoslavia and in Rwanda.

More recently, some encouraging signs that genocide prevention efforts are taking hold have emerged. In 2002, the Rome Statute of the International Criminal Court established the first permanent judicial body dedicated to trying those accused of genocide, crimes against humanity and war crimes. Three years later the World Summit, a gathering of leaders from U.N. member countries, adopted language maintaining that member nations have a “responsibility to protect” civilians anywhere when their own government cannot or will not protect them from genocide, war crimes, crimes against humanity or ethnic cleansing.

Whether these trends continue will depend on the will of policymakers and the commitment of their constituents to making prevention and punishment a priority.

In addition to its legal legacy, Nuremberg had an enormous impact on our collective understanding of this pivotal era in history. The U.S. chief prosecutor, Robert Jackson, made a crucial decision to base the prosecution on the voluminous documentary evidence produced by the perpetrators of genocide themselves rather than eyewitness testimony, in part because he feared the testimony of survivors and other witnesses to Nazi crimes could be dismissed as unreliable or biased.

Jackson’s decision to rely on documentary evidence presented a fuller picture of Nazi atrocities than anyone had previously imagined, and the trial stands as an eternal testament to the magnitude of the Holocaust. Never before or since have the perpetrators of genocide so thoroughly documented their own evil.

Some 3,000 tons of documents, photographs, film footage and artifacts were presented at the first Nuremberg Trial alone, and the prosecutors’ meticulous work provided the foundation for initial scholarship on the Holocaust and much of what we know about that event today. Jackson’s concept of proving “incredible events with credible evidence” probably ended up having as much of an impact educationally as legally.

Interestingly, 15 years after Nuremberg, a new approach to the evidence would be used but with equally powerful public impact.

One of the primary implementers of the Nazi genocide who escaped trial right after the war was Adolf Eichmann. Captured by the Israelis in Argentina, he was brought to trial in 1961. This time, however, the trial would not take place in occupied Germany but in Israel, home to many Holocaust survivors. This would not be victors’ justice but victims’ justice.

Nuremberg precedents invalidating the doctrine of superior orders again would be invoked.  But in addition to perpetrator documents, the survivors of genocide testified, giving a human face to the incomprehensible statistics, massive amounts of official records and countless piles of corpses.

While the primary focus of Nuremberg was to establish the actions of the killers and the facts of the Holocaust, the Eichmann trial put a spotlight on the survivors and established the individuality of its many victims. In the new era of television, the trial was broadcast all over the world, enabling people everywhere to hear searing personal testimony from one survivor after another.

Although the Eichmann trial did not set legal precedents as the military tribunal did at Nuremberg, it dramatically shaped public understanding of the Holocaust by bringing the personal experiences of this history into living rooms around the world.

The legacies of Nuremberg and the Eichmann trial probably shape our world more than we understand. The question is, will they shape the future?

Recognizing that true justice is never possible in the face of such crimes, we are nevertheless increasingly learning the value of holding perpetrators accountable. But how do we work toward a world where such trials are not necessary?

Today, in this week of Holocaust remembrance, as we honor the memory of the victims, that question should be the challenge we set for ourselves. Responding to that challenge would be the most meaningful tribute to those 6 million innocent men, women and children for whom justice came too late.

(Sara J. Bloomfield is the director of the U.S. Holocaust Memorial Museum in Washington, D.C.)