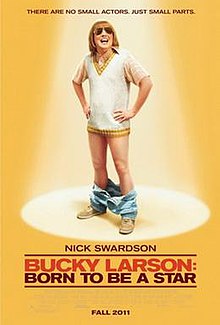 Adam Sandler’s birthday weekend turned out to be slightly less happy than he expected, after the film Bucky Larson: Born To Be A Star, produced by Sandler’s Happy Madison Productions, completely tanked at the box office on its opening weekend.

To make things worst, the film actually racked up a 0% on Rotten Tomatoes, with no positive reviews. Yikes.

I guess that after our little homage to Happy Madison, the Sandler lovefest is over.