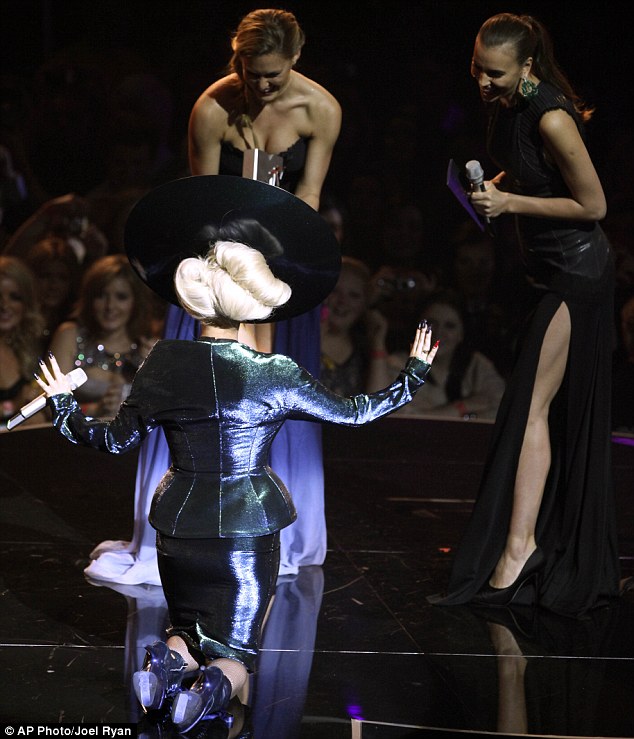 Last night MTV Europe presented their European Music Awards. The EMAs are pretty much like the VMAs only the fans screamed for Bieber, Gaga and the Jersey Shore girls buy their middle school supplies in Euros instead of dollars. So yeah, it’s the exact same thing. It was even hosted by Selena Gomez. The only main difference is that there was full-frontal male nudity (NSFW) at one point. Ah, Europe.

If you care about the Jewish angle, you’ll be happy to know that Bar Refaeli, who is quickly becoming the Israeli ambassador to the world, presented the Best Female Video award to Lady Gaga, who bowed before the supermodel, probably because she’s so insanely good looking.

Another member of the tribe, American Idol runner-up Adam Lambert, attempted to step into the shoes of the great Freddie Mercury by singing a bunch of Queen songs together with the original band members. I really have nothing against Lambert but he is definitely no Freddie Mercury and he shouldn’t attempt to be, especially if he performs in front of thousand of screaming teenaged fans who probably have no idea who Queen is.