After LeBron, Kobe shoots hoops with some Jews 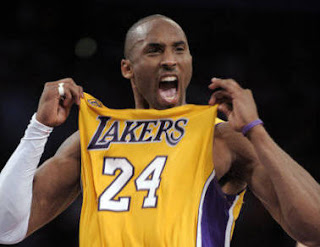 A few weeks after LeBron James took advantage of the NBA lockout and went to play some pick-up basketball with a bunch of Cleveland JCCers, it was Kobe’s turn to show off his skills to the chosen people.

TMZ reports that the Black Mamba showed up at a JCC in Irvine, Calif., and asked to borrow the court for a private training session with a personal trainer. According to TMZ, the people at the JCC said that he “couldn’t have been nicer.”

Judging from the video, Kobe looks pretty good. The Los Angeles Lakers are expected to play the Miami Heat twice this year. Do you think Kobe and LeBron will exchange some Jewish basketball experiences?

watch the video after the jump