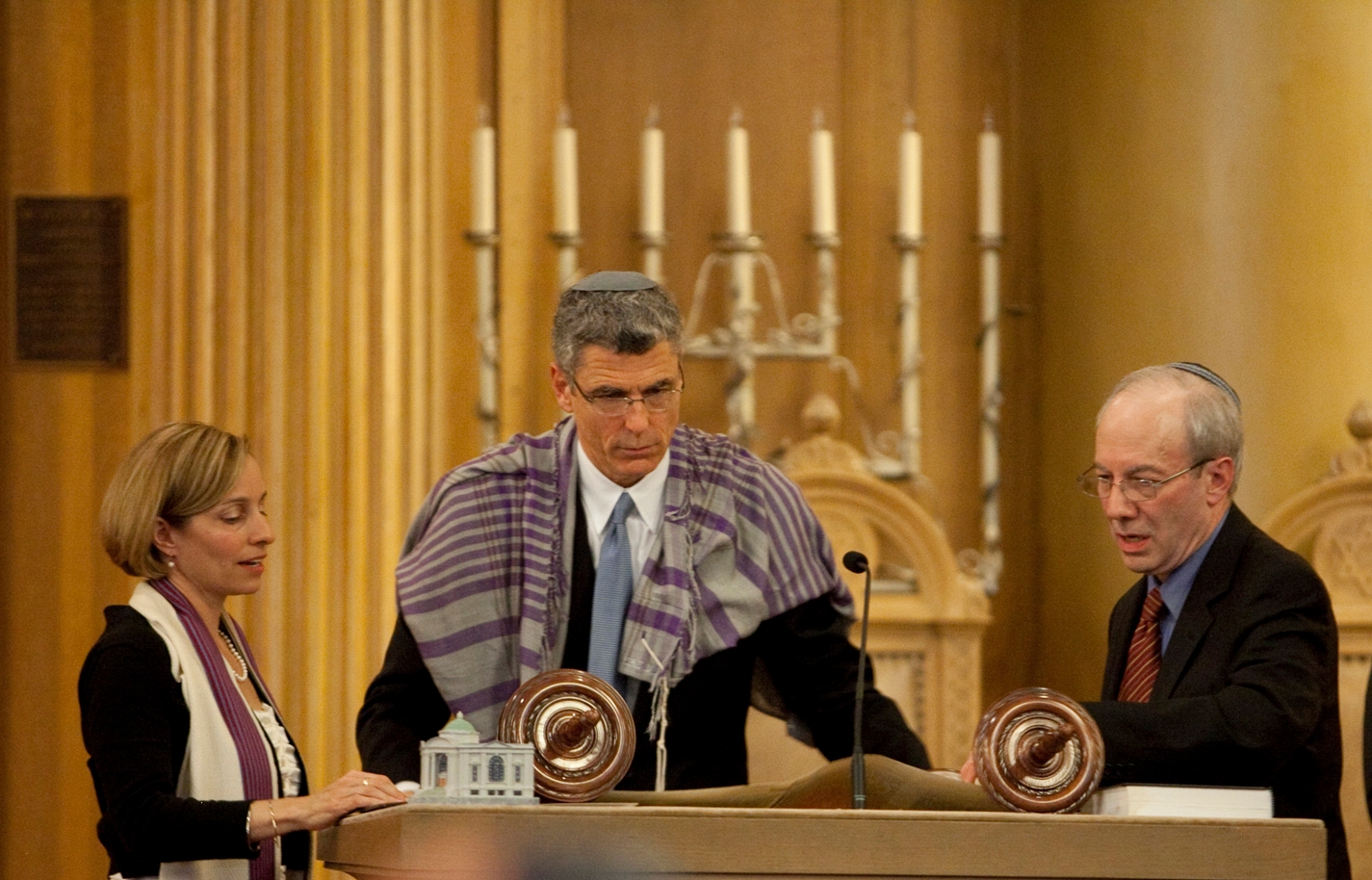 NEW YORK (JTA) — Today’s Reform movement is built on the shoulders of our 19th-century Reform forbearers who took Jewish tradition in an entirely new direction, re-envisioning our sacred texts and practices in the light of scientific inquiry and the new frontiers of human thought. Today we embrace the best of tradition and modernity, science and spirituality. Ours is the Judaism of autonomy, inclusiveness, creativity, passion, relevance and depth.

Reform Judaism is unafraid to change our tradition when it holds us back from growing and deepening our faith. For us, change is not only permitted but obligatory. And sometimes it isn’t even fast enough.

Ours is an inclusive Judaism. For too long the Jewish community had no place for interfaith families and LGBTQ Jews. But then Rabbi Alexander Schindler, one of my predecessors, taught us the sacred power of inclusion. Our loving embrace of all who had been excluded has added to our numbers and to our strength.

That’s one reason I choose to have my installation service at Congregation Beth Elohim, in Brooklyn. Brooklyn is a very different place today than it was in 1861 when CBE was founded.

For the past 150 years CBE has responded to the constant changes in the world beyond its walls. Its magnificent building reflects the grandeur of the early 20th century, and yet the building is not what makes this place so special. This great Reform synagogue refused to allow its evolution to be thwarted by those who venerate only the past. All along the way its leaders renewed their sense of purpose and mission.

At first CBE’s rabbi wasn’t sure that CBE would be right for the installation because the building is undergoing renovation. But we came to agree — CBE today is a fitting metaphor for our movement, which is undergoing a different kind of renovation as together we re-imagine Reform Judaism for the 21st century.

No questions are off limits in our texts. In America, Reform’s early leaders defined our core mission largely in social justice terms: “to solve, on the basis of justice and righteousness, the problems presented by … the evils of the present organization of society.” That sacred mission still inspires commitment among Jews of all ages.

Indeed, the Jewish tradition and the Jewish community make serious claims on us. Our texts and our history call to us to live lives of courage and conviction.

Reform Judaism teaches that each of us is an autonomous individual, able to make thoughtful, religious choices. And yet there is more.

Consider this: Your daughter has the lead in the school play. The play is scheduled during one of the busiest weeks in your year, but still you mark the date of the performance in your calendar with red ink. Are you obligated to be there?

The Jewish philosopher Emanuel Levinas taught that we come into the world already obligated by the mere gaze of the other, a gaze that demands a response from us. By this, Levinas means that relationships always come with obligations. Is it written somewhere that we have to go to our child’s school play? No. Some of the covenants in our lives are unwritten, others written, but they are all binding.

Reform Judaism, when practiced with commitment, is no less demanding than other expressions of Judaism — and some would argue even more demanding because we do not practice our religion by rote but by informed choice.

From the shoulders of our ancestors, we can — and must — see both the past and the promise of the future.

Before the establishment of the Jewish state, David Ben-Gurion sought the wise counsel of his trusted colleague Yitzhak Tabenkin in making a crucial decision. Tabenkin gave Ben-Gurion his counsel, and Israel’s first prime minister said, “I accept what you say, but from whom did you seek advice?” “From two people,” answered Tabenkin. “From my grandfather who died 10 years ago, and from my grandson who is not yet born.”

Just as our ancestors were liberated from Egyptian slavery, we Reform Jews were liberated from the yoke of traditional Jewish life that had stifled those who founded our movement. Our observance and our rituals are always evolving. This is the essence of our Reform Judaism, as each individual finds their path to their covenant with God.

(Rabbi Rick Jacobs was installed as the new president the Union for Reform Judaism on June 9. This article is adapted from his installation sermon. The full text is available at www.urj.org/rabbijacobs .)