No joke: Seinfeld is now rapping 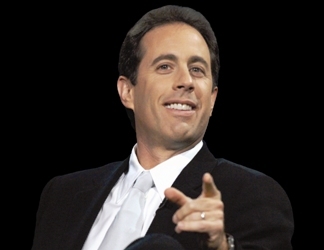 The hip-hop world is going to get quite funnier soon, as Jerry Seinfeld is preparing to appear in a new rap album by the rapper Wale.

Four years ago, Wale made an album titled “The Mixtape About Nothing,” which is inspired by the classic nineties sitcom “Seinfeld,” and features samples from the show’s famous episodes, and even featured Julia Louis-Dryfus, better known as Elaine.

Now, Seinfeld himself is joining the second album, in collaboration with DJ Omega. , “Wale wanted me to do something with him and I didn’t understand it,” Seinfeld explains, “but he did, and I kinda liked the guy, I dug the guy, I liked his music, so I said ‘alright, I’ll do it,’ even though I didn’t know what I was gonna do.”

In a video that was recently published about the collaboration between the two, Seinfeld claims he is also a rapper because “hip-hop is words, and I do words.” According to Spin, Seinfeld originally wanted to create a rap album with famous rapper Diddy, but since the latter didn’t like the idea, Seinfeld decided to work with Wale.

No word yet on when we will find out what’s the deal with the rap album.