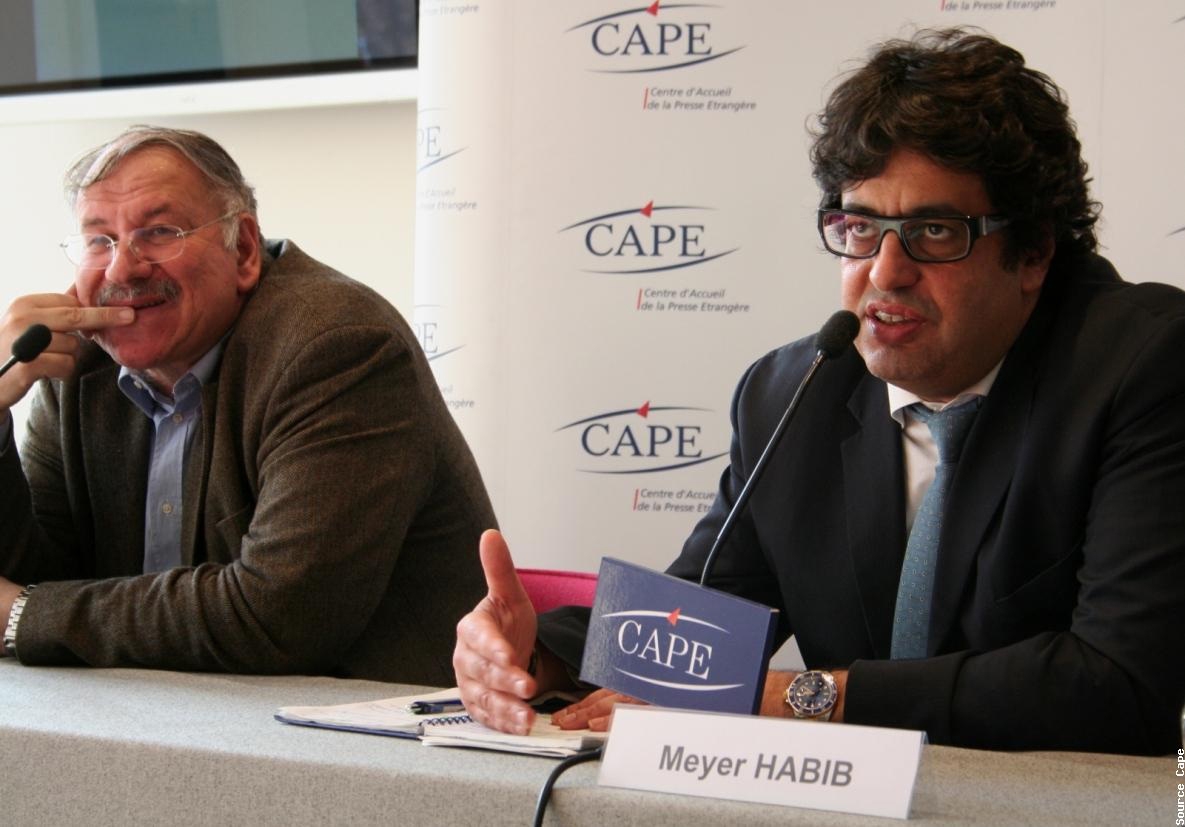 (JTA) — Meyer Habib, a religious Sephardic Jew of Tunisian ancestry and a self-made businessman, fits well with the dominant profile of French Jewry: Like 70 percent of French Jews, he is of North African origin.

As the demography of French Jewry has changed over the past few decades to majority Sephardic, so have the community’s institutions. The Consistoire, which administers religious services, and the FSJU, which provides social services, both have been taken over by Sephardic stewardship.

But the leadership of the CRIF, French Jewry’s political umbrella organization, has remained in the hands of the secular Ashkenazi elite.

That could finally change next month if Habib, 52, succeeds in his anticipated bid for the CRIF presidency. His opponent is widely expected to be Roger Cukierman, a 77-year-old banker and former CRIF president — and an Ashkenazic Jew.

If Habib wins, it would strip the Ashkenazi elite of its last major position of communal power, representing something of a watershed moment for French Jewry.

“To me, the question in this campaign is whether the rank and file of French Jewry will get one of their own, Habib, to represent them as president of CRIF, which until now has been led by French Jewry’s high society,” said Michel Zerbib, director of the news department of Radio J, France’s largest Jewish station. “That elite tried to represent the rank and file’s wishes but does not reflect their image or resemble them.”

Beginning in the middle of the 20th century, waves of North African immigrants replaced hundreds of thousands of French Ashkenazim who died in the Holocaust, emigrated or assimilated, according to Laurance Podselver, a researcher at the Centre for Jewish Studies of Paris’ School for Advanced Studies in the Social Sciences.

The newcomers are responsible for a religious awakening among French Jews, Podselver says. North African immigrants and their descendants built a system of religious schooling that now enrolls 30,000 students. In a 2009 survey of French Jews, one-third of respondents said they were more religiously observant than their parents.

“Since the 1980s, French Jewry has seen a major return to religion which grew almost entirely out of the Sephardic population,” Podselver said.

Habib comes from that population. Born in Paris to Tunisian immigrants, he studied engineering in Israel at the Technion-Israel Institute of Technology and then went into business. He is currently the director general of the jewelry company Groupe Vendome. He is also close friends with Israeli Prime Minister Benjamin Netanyahu, with whom he spent several hours in Jerusalem over Passover, and is a self-described admirer of Chabad.

“I don’t want people to vote for me because I’m Sephardic, but rather because I represent their style, their priorities — like the inalienable bond to a unified Jerusalem,” Habib told JTA. “I believe this is a Jewish issue, not a political question. In that respect, I may be better connected than others to the rank and file, to the base.”

Habib already has tried and failed to win the CRIF presidency. In the last election, in 2010, he earned 35 percent of the vote.

“It’s a good question why a predominantly Sephardic community is led by Ashkenazi seculars,” said Pierre Besnainou, a French-Tunisian who formerly headed the European Jewish Congress and now helms the FSJU. “Maybe it’s because CRIF is no longer fully representative. There are old organizations there that are no longer relevant to anything.”

Habib’s election — technically his candidacy is still undeclared — could transform the modus operandi of the CRIF, which represents 60 Jewish organizations and is widely seen as the voice of French Jewry. Liberals fear that Habib, currently the CRIF vice president, would entrench the growing religiosity of French Jews, shackle the CRIF to the policies of Netanyahu and favor brash public statements over quiet diplomacy.

“Cukierman has the diplomatic skills to make his positions more palatable, skills that Habib lacks,” said David Chemla, the Tunisia-born secretary general of JCall, a left-leaning Jewish group modeled after J Street in the United States.

Cukierman, who is of Polish extraction, holds a doctorate in economics and is currently a vice president of the World Jewish Congress. He has served in a number of other community posts.

Habib’s supporters say his passionate and muscular style is exactly what the community needs as it faces unprecedented levels of anti-Semitism.

“It would be very good to have a religious and Sephardic leader,” said Bernard Guigui, a Sephardic diamond dealer from Marseille. “I prefer Habib over Cukierman because Habib better represents activists on the ground. We want less diplomacy and finesse, more action and tradition.”

Referring to the 58 percent spike in anti-Semitic incidents in France last year, Guigui said, “The time for niceties is over.”