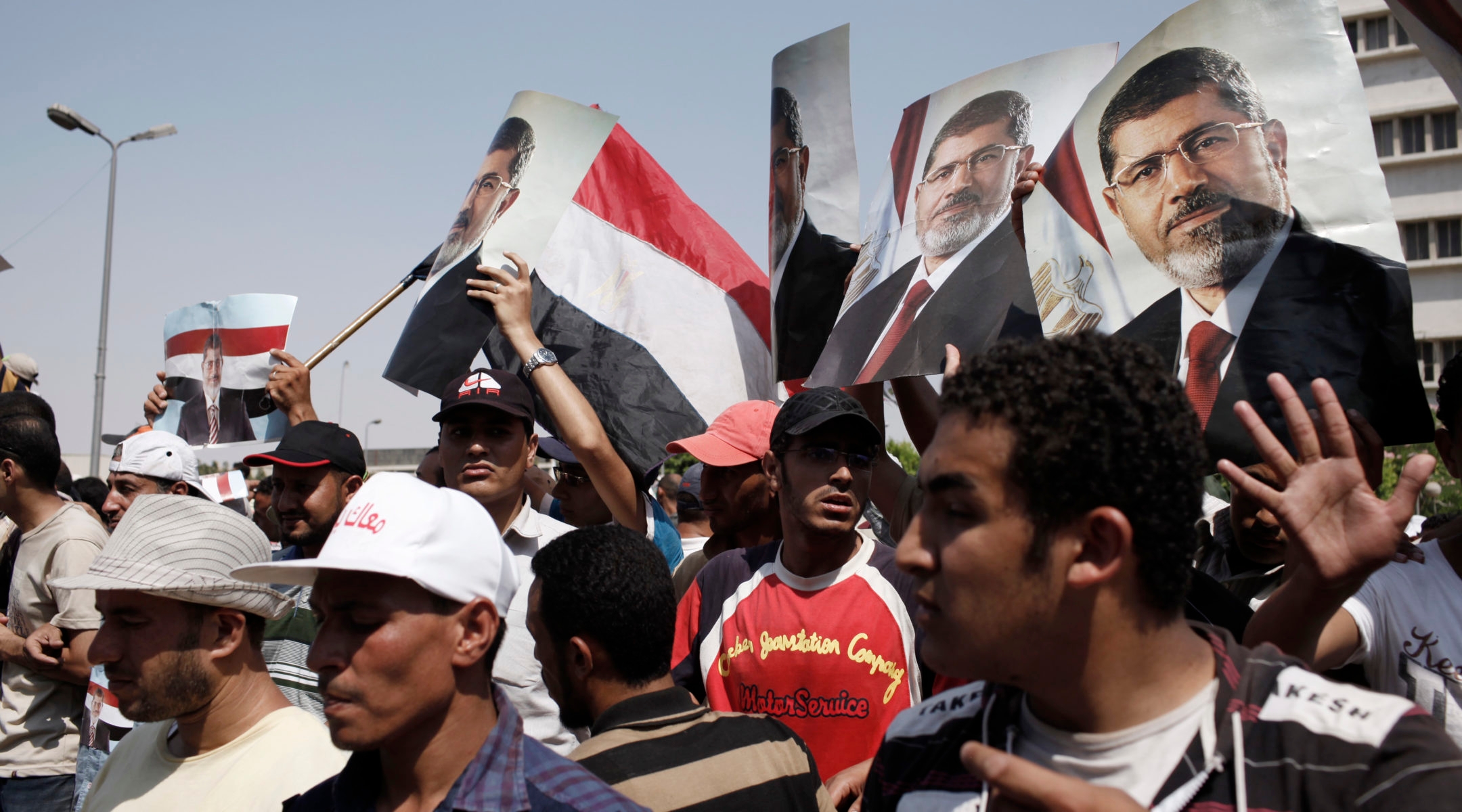 But the directive, which has persisted for years in federal appropriations bills, is clashing with another congressional priority: the apparent desire to foster an alternative to Mohamed Morsi, Egypt’s democratically elected Islamist president who was removed from power this week by the Egyptian military.

In recent months, Congress has intimated that it would be happier if Morsi’s secular foes in the military were running the country. But the law ties Congress’ hands.

On July 3, President Obama said he would “review” what the coup means for American aid.

“We are deeply concerned by the decision of the Egyptian Armed Forces to remove President Morsi and suspend the Egyptian constitution,” Obama said in a statement. “I now call on the Egyptian military to move quickly and responsibly to return full authority back to a democratically elected civilian government as soon as possible through an inclusive and transparent process, and to avoid any arbitrary arrests of President Morsi and his supporters. Given today’s developments, I have also directed the relevant departments and agencies to review the implications under U.S. law for our assistance to the Government of Egypt.” 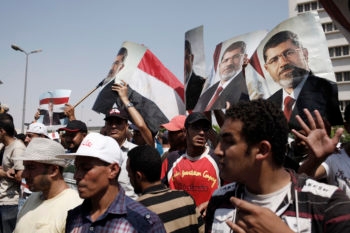 Following mass demonstrations from an increasing restive population, Morsi was removed this week and replaced on an interim basis with the country’s chief justice, Adli Mansour, in the latest development to roil Egypt and a region already on edge from Syria’s ongoing civil war.

The United States provides some $1.55 billion in aid to Egypt annually, most of it defense assistance conditioned on Egypt’s observance of the 1979 peace treaty with Israel. Congressional leaders cited those circumstances in suggesting that the Obama administration work with the interim government.

But other lawmakers, while noting the flaws in Morsi’s leadership and the popular uprising that led to his ouster, underscored that the language in the appropriations bill left virtually no wiggle room.

“Egypt’s military leaders say they have no intent or desire to govern, and I hope they make good on their promise,” said Sen. Patrick Leahy (D-Vt.), the longtime chairman of the Senate’s foreign operations appropriation subcommittee. “In the meantime, our law is clear: U.S. aid is cut off when a democratically elected government is deposed by military coup or decree. As we work on the new budget, my committee also will review future aid to the Egyptian government as we wait for a clearer picture.”

Unlike many other spending provisions, the language regarding a coup d’etat does not include a presidential waiver. That leaves the Obama administration three options for working around the provision: obtain congressional agreement to add a waiver within the next few weeks; accelerate the democratic replacement of Egypt’s interim government; or use executive privilege to work around the lack of a congressional waiver. 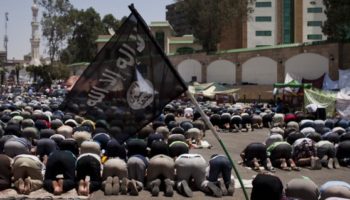 A black flag associated with Salafist Islamist movement flies in Cairo in front of supporters of former Egyptian President Mohammed Morsi during prayers the day after he was ousted from power, July 4, 2013 in Cairo, Egypt. (Photo by Ed Giles/Getty Images)

The first two options are unlikely. Congress can barely agree on a budget, let alone a waiver on a sensitive issue like Egypt. And with Egypt already roiling with violence, its military would be loath to facilitate the return of Morsi’s Muslim Brotherhood to power through a hastily arranged election.

The third option — exercising the prerogative of the president to advance foreign policy — could undercut U.S. credibility overseas, conveying an impression Obama has tried to correct: that the United States supports the powers it prefers, regardless of the will of the people.

Obama appears to be hoping for the democracy option. In conversations with Egyptian officials, Obama’s national security team emphasized “the importance of a quick and responsible return of full authority to a democratically elected civilian government as soon as possible,” National Security Council spokeswoman Bernadette Meehan told JTA.

An earlier version of this story reported that annual American aid to Egypt totals $1.8 million. The correct figure is $1.55 billion.