(JTA) — The governing body of English soccer announced that fans could face criminal charges for using the term “yid.”

In a statement issued Wednesday, the English Football Association’s general secretary, Alex Horne, wrote that the association believes the term “is likely to be considered offensive by the reasonable observer and considers the term to be inappropriate in a football setting.”

The statement also said that “use of the term in a public setting could amount to a criminal offense, and leave those fans liable to prosecution and potentially a lengthy football banning order.”

The London’s Tottenham Hotspur Premier League team has many Jewish supporters who sometimes call themselves the “Yid army.” However the term is often used by other soccer teams to describe Spurs fans in a derogatory way.

Jonathan Arkush, vice president of the Board of Deputies of British Jews, praised the Football Association’s decision. “We support the FA’s stance in defining the ‘Y’- word as an offensive term and we hope that once and for all its use will die out.” He said that the association “should be applauded for seeking to take steps that will undoubtedly reduce anti- Semitism at our football grounds.” 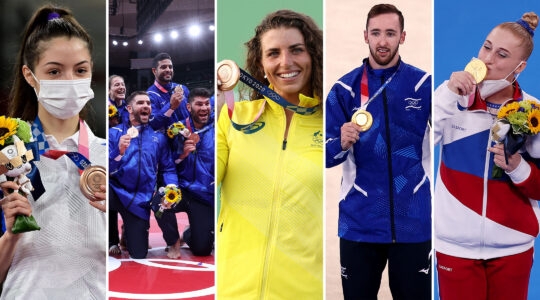 These Jewish athletes have won medals at the Tokyo Olympics