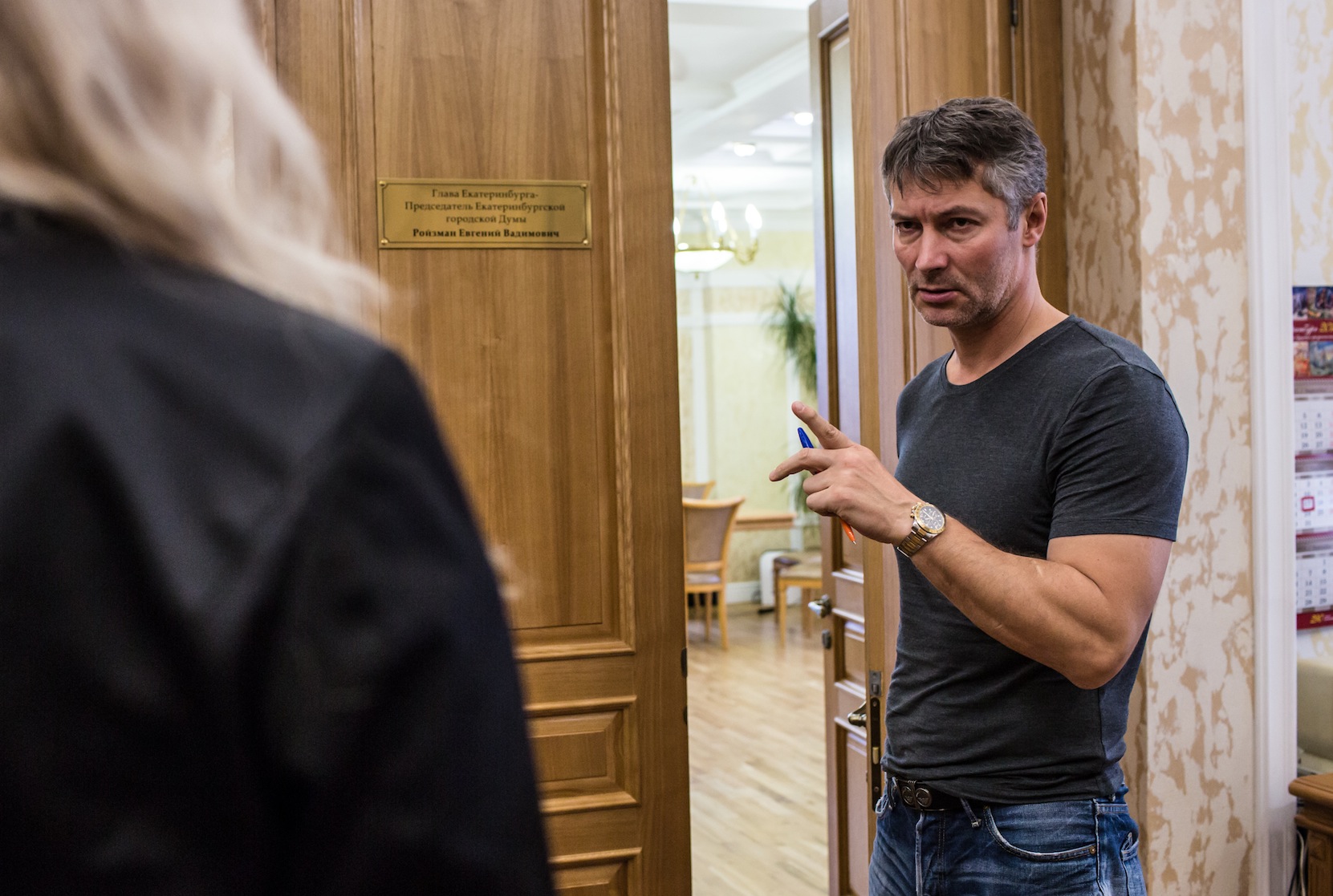 YEKATERINBURG, Russia (JTA) — Growing up in one of the Soviet Union’s richest cities, Elena Chudnovskaya never imagined that she would be raising her daughter in a place so full of drug addicts that “the flowerbeds became strewn with syringes.”

But that is what became of her downtown apartment block after the collapse of communism, when soaring unemployment and the proximity to drug-producing countries unleashed a narcotics epidemic of alarming proportions in this district capital of 1.3 million people 900 miles east of Moscow.

Over the past decade, however, everything changed. Chudnovskaya and her 15-year-old daughter gradually forgot to look out for the junkies, who are now a rare sight in Yekaterinburg.

For this change, she credits the man she helped elect mayor last month: Yevgeny Roizman, a tough-minded activist who parlayed his successful record addressing the city’s drug problem into a rare defeat for President Vladimir Putin’s preferred candidate.

“People in the drug business were already scared of Roizman before he was elected,” Chudnovskaya said. “Now they’re talking about finding a different place to live.”

Even before he became mayor of Russia’s fourth-largest city, Roizman, 51, already was an international celebrity thanks to the success of City Without Drugs, the organization he set up in 1999 that is widely credited with effecting a dramatic transformation in Yekaterinburg.

But the change has not come cost-free. Allegations of violence and intimidation have dogged Roizman and the organization’s staff, which engaged in radical practices such as abducting drug addicts and chaining them to metal beds while they endured anguished withdrawals.

”We raised the drug issue and today there is practically no heroin being sold in this city,” said Roizman, a 6-foot-2-inch hunk of muscle who wears skintight T-shirts and sneakers to work.

City without Drugs now works with law enforcement, but it began as a rogue agency. Over the years it has “treated” more than 6,500 addicts and helped arrest and prosecute more than 3,300 suspected drug dealers, according to the organization’s own figures.

Roizman, who spent two years in jail for theft during the 1980s, says he knows “how to communicate” with drug users. But prosecutors say the organization’s methods go well beyond communicating.

One addict, Tatyana Kuznetsova, died last year after being chained to a bed by City Without Drugs. Two of Roizman’s associates are currently on trial for her death from meningitis, which prosecutors say turned lethal because she was denied medical treatment for days.

“In fighting the drug problem, he did illegal things that I couldn’t condone,” said Fyodor Krasheninnikov, a democracy activist who used to work with Roizman. “He is too harsh. To Roizman, anyone who tried drugs is a junkie that needs to be punished.”

In an interview at his office, Roizman sandwiches short answers to a reporter’s questions between meetings with citizens whose concerns he receives two days a week, a tradition he brought to city hall from his days at City Without Drugs. Asked about rumors that his former organization tortured drug dealers on the graves of people who died because of their product, Roizman is ambiguous.

“Maybe stuff like that happened elsewhere. Around here, we solved the problem in simpler ways,” he said, declining to elaborate.

In recent years, Roizman has been the subject of several police investigations connected to complaints by addicts who spent time at City Without Drugs facilities. In past interviews, he has said that authorities wanted City Without Drugs to cease operations — not because of their illegal tactics, but because they were trying to hide their own incompetence.

That argument, coupled with a sharp drop in drug-related offenses, seemed to resonate with Yekaterinburg voters, who gave Roizman 33 percent of the ballots in elections last month. Yakov Sillin, the candidate of Putin’s United Russia party, garnered 29 percent.

That kind of success is unusual in Putin’s Russia, where United Russia candidates trumped challengers in the vast majority of municipal races on Sept. 9 — including in Moscow, where the opposition is particularly well-organized. In the capital, Mayor Boris Sobyanin clinched a victory with 51 percent of the vote over opposition leader Alexei Navalny, who racked up 27 percent.

Those who have worked with Roizman say his successful war on drugs is only part of his popularity. The son of a Jewish factory worker, Roizman left home at 14 and worked odd jobs before he found trouble with the law for stealing jewelry and clothing. He likes to collect Christian iconography and has a cozy relationship with the church.

“He is highly cultured but knows how to work with his hands,” said Konstantin Kiselev, a political scientist who worked on Roizman’s campaign. “He writes poetry but knows how to get along with criminals. There is something for everyone in him.”

Though he has never concealed his Jewish origins, Roizman says he never felt like a member of any minority.

“It was never an issue and I never felt any anti-Semitism, but that’s perhaps because of the kind of person I am,” Roizman said, one palm casually wrapped around a clenched fist.

Only three weeks into his job as mayor, Roizman wears a harried expression as he darts in and out of conference rooms. He relaxes as he sits opposite a weeping septuagenarian who complains that she can’t afford heating.

Chudnovskaya thinks this sort of retail politics is comfortable for Roizman, who was used to hearing public complaints at City Without Drugs.

“Maybe he’s a bit rough around the edges,” she said. “But this city, with its miner community and so far removed from Moscow, has always been Russia’s equivalent of America’s Wild West. We don’t mind that sort of thing here.”