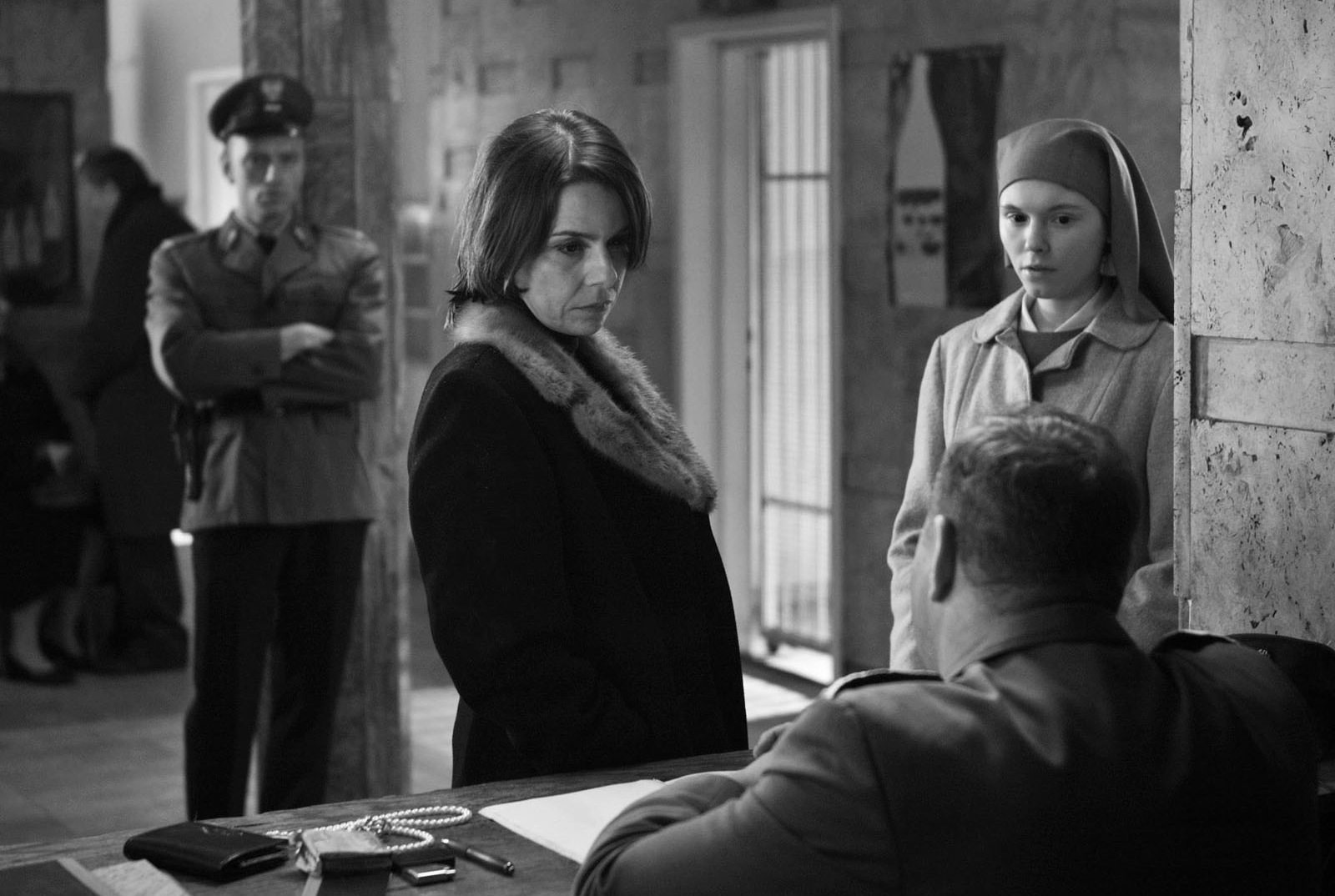 (JTA) — After reburying the bones of her parents in a neglected Jewish cemetery, a soon-to-be Polish nun quietly crosses herself with earth-covered fingers.

A devout and introverted young woman, Ida Lebenstein had learned only days earlier that her parents were Jews who were murdered by Polish Christians. As she knelt in her nun’s habit among headstones inscribed with Hebrew lettering, the gesture of Catholic devotion is the character’s reflexive way of  responding to the recent revelation of her true origins.

This surreal scene appears in “Ida,” a new Polish feature film that will premiere next month in the United States.

One of several recent films that have forced Poles to confront their complicity in the murder of Jews during the Holocaust, “Ida” has helped counter the myth long perpetuated by communist leaders that all Poles were victims who suffered equally under the Nazis. Other films on the subject include “In Hiding,” “Pawel” and “Aftermath,” which examines the murder of hundreds of Jews in the village of Jedwabne in 1941.

“In recent years, Polish cinema has taken a leading role in getting Poland to focus some attention on the complexities of the World War II era, and complicity,” said Rabbi Michael Schudrich, Poland’s chief rabbi.

The process has not been free of controversy. “Ida” premiered in Poland amid an ongoing government campaign to venerate non-Jews who risked their lives to save Jews — a campaign that critics charge has glossed over the sort of frank reckoning with the past in which Polish filmmakers have been engaged.

“The multitude of commemorations does not contribute to serious reflection on the attitudes of Poles during Nazi occupation,” the Polish historian Jan Grabowski wrote in an article last week on the website of Krytyka Polityczna, a left-leaning journal. “That complacency has replaced substantive national debate over one of the most painful aspects of Polish history.”

Among the commemorations of the righteous in Poland was the establishment of 2014 as the Year of Jan Karski, the man who alerted the allies to the Holocaust, as well as the planned erection of no fewer than three monuments honoring non-Jewish Poles. One of the monuments, opposite the new Museum of the History of Polish Jews in Warsaw, spurred a protest last month from Jewish historian Bozena Uminska-Keff and Helena Datner, a former president of the Jewish community of the Polish city.

The monument would “chase away the ghost of the Jewish narrative, which is inconvenient for the majority, in favor of a narrative consistent with historical policy and ideas of the majority,” they wrote in an open letter published in Krytyka Polityczna.

Some critics connect the emphasis on victimhood with Poland’s slowness in advancing restitution of privately owned Jewish property. Poland has drawn intense criticism as the only European country occupied by the Nazis to not enact substantial private property restitution laws.

“Poland sees itself as a victim of war, which is true, but the same can be said of other countries, such as Belgium, which regulated the issue of restitution,” Baroness Ruth Deech, a British lawmaker, said last month during a debate in the House of Lords in which Poland was singled out for lagging on restitution.

Piotr Kadlcik, president of the Union of Jewish Communities in Poland, notes the development of two competing narratives about the Holocaust in Poland today — one emphasizing collaboration with the Nazis and the other celebrating rescuers of Jews.

To Kadlcik, films such as “Aftermath” reflect a willingness to portray the darker chapters of Polish history. But the multitude of commemorations are an effort “to push the image of the righteous as a way of countering the discussion about immoral actions,” he said.

Unlike “Aftermath,” which focused entirely on the actions of non-Jews, “Ida” has a strong Jewish character: Ida’s aunt and last living relative, Wanda Gruz, is an alcoholic judge who survived the war as a communist resistance fighter.

The cynical Gruz, who is struggling not to drown in her own grief over the loss of her only child during the Holocaust and her regrets over her actions as a communist judge, takes Ida on a journey to find the bodies of their relatives. For both women, the trip profoundly shakes their belief systems.

In one scene, Gruz grills a villager on what he knows about the Lebensteins’ fate. When he asks if they were Jews, she snorts and says, “No, they were Eskimos.”

“She drives the whole movie forward and is the character the viewer is likeliest to identify with,” Pawel Pawlikowski, the film’s director, said of Gruz.

Pawlikowski is frustrated by what he sees as attempts to hijack a character-driven film to score political points. Polish nationalists, he said, have criticized him for portraying the murder of a Jewish family by a Pole rather than by the Germans.

“I hope the film goes beyond generalizations about Poles or Jews or nuns and just look at some stories that connect to our faith in utopias, religions, our tribes, the people around us — all the things we believe to make sense of the world,” Pawlikowski said.