From the Archive: Cardinal O’Connor’s run-in with the Tribe 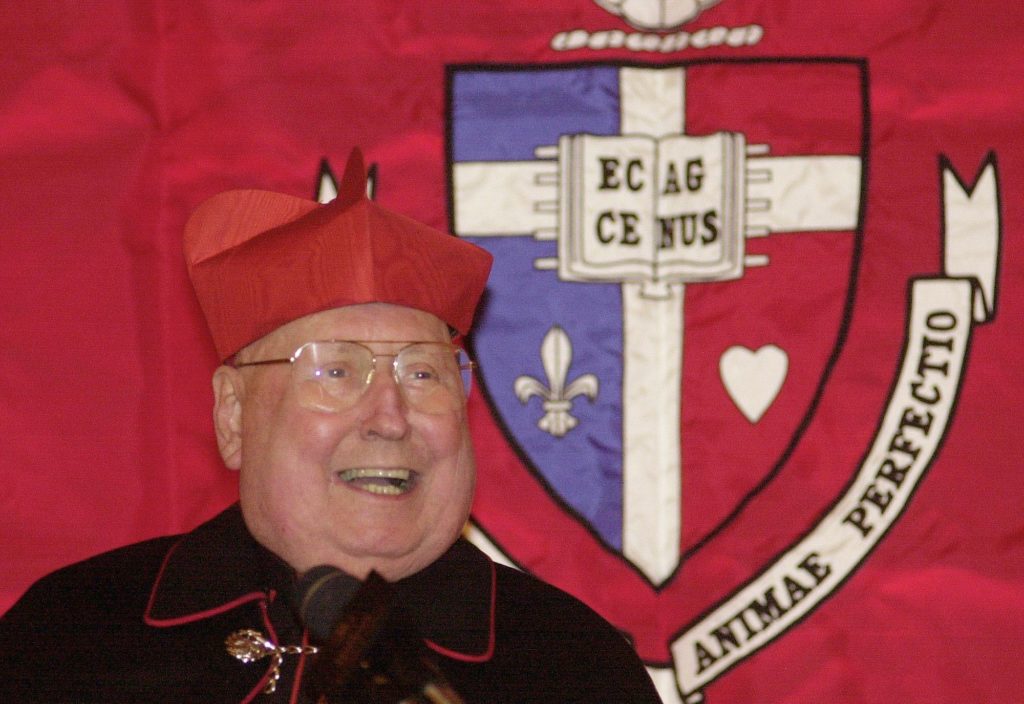 “Is the pope Catholic?” has long been a popular (if cliched) way of emphasizing that the answer to something is, of course, yes.

Now we’re asking a new question: “Was the cardinal Jewish?”

Last week news broke that the late Cardinal John O’Connor, the longtime supreme Catholic leader in New York, was halachically Jewish (his mother converted from Judaism to Catholicism). Soon after, the New York Jewish Week reported that his grandfather might have been a rabbi.

Whether or not O’Connor was aware of his Jewish ancestry or halachic status, the archbishop of New York was known for his positive relations with the organized Jewish community, and his JTA obituary described him as a “fierce critic of anti-Semitism.”

One of the few times O’Connor’s relationship with his apparent landsmen soured, however, was in January 1987 after, during a trip to Israel (one complicated by the Vatican’s lack of formal diplomatic relations with Israel), he visited a refugee camp in Gaza and said he was shocked by the conditions. He also “chided,” as JTA put it, Americans for stereotyping Arabs and Palestinians as terrorists.

These comments left leaders of the  53 Jewish organizations belonging to the Conference of Presidents of Major American Jewish Organizations feeling “disquieted and distressed,” according to a public statement they issued just hours before O’Connor’s arrival home that said, among other things:

The Cardinal was understandably moved by the circumstances of the Arab refugees. But the refugee problem must be understood in the context of the deliberate policy of Arab states, some prodigiously wealthy, that has kept these people as refugees and in a dependent condition for nearly 40 years, serving as pawns in a war that the Arab world continues to wage against Israel. By contrast, Israel has resettled more Jewish refugees from Arab lands than there were displaced Arabs.

“I hope there is nothing in that statement that will make it more difficult than it has been for me in trying to support the Jewish cause,” he said.

He described his trip to the Middle East as the most difficult he ever made, one that involved “great personal and professional risk.” He went to Israel “in good faith,” the Cardinal said.

O’Connor further emphasized he had not meant his comment about Palestinian refugees as a critique of Israel:

“I said repeatedly that this was not to be blamed on Israel,” the Cardinal declared, adding that the blame rests on the entire Middle East. Both Arabs and Jews are “involved and responsible.”

Soon after, the Israeli government dissociated itself from the statement, as did representatives of the Anti-Defamation League and Agudath Israel of America. The latter group said its name had been  used without authorization, and ADL officials said they had asked to have their names removed “after learning it would be issued before O’Connor would have a chance to see it.”

Meanwhile, O’Connor demanded an apology, saying he “would continue to support the Jewish community even if an apology was not forthcoming” but “that would make it more difficult,” JTA wrote.

JTA never reported whether or not the archbishop received that apology, but relations did smooth over. When the cardinal died 13 years later, JTA mentioned the 1987 visit and Presidents Conference criticism, but added that “the same group later recognized him for his role in urging the pope to grant political recognition to the Jewish state.”