From the Archive: When Ukrainians accidentally shot down a plane from Israel 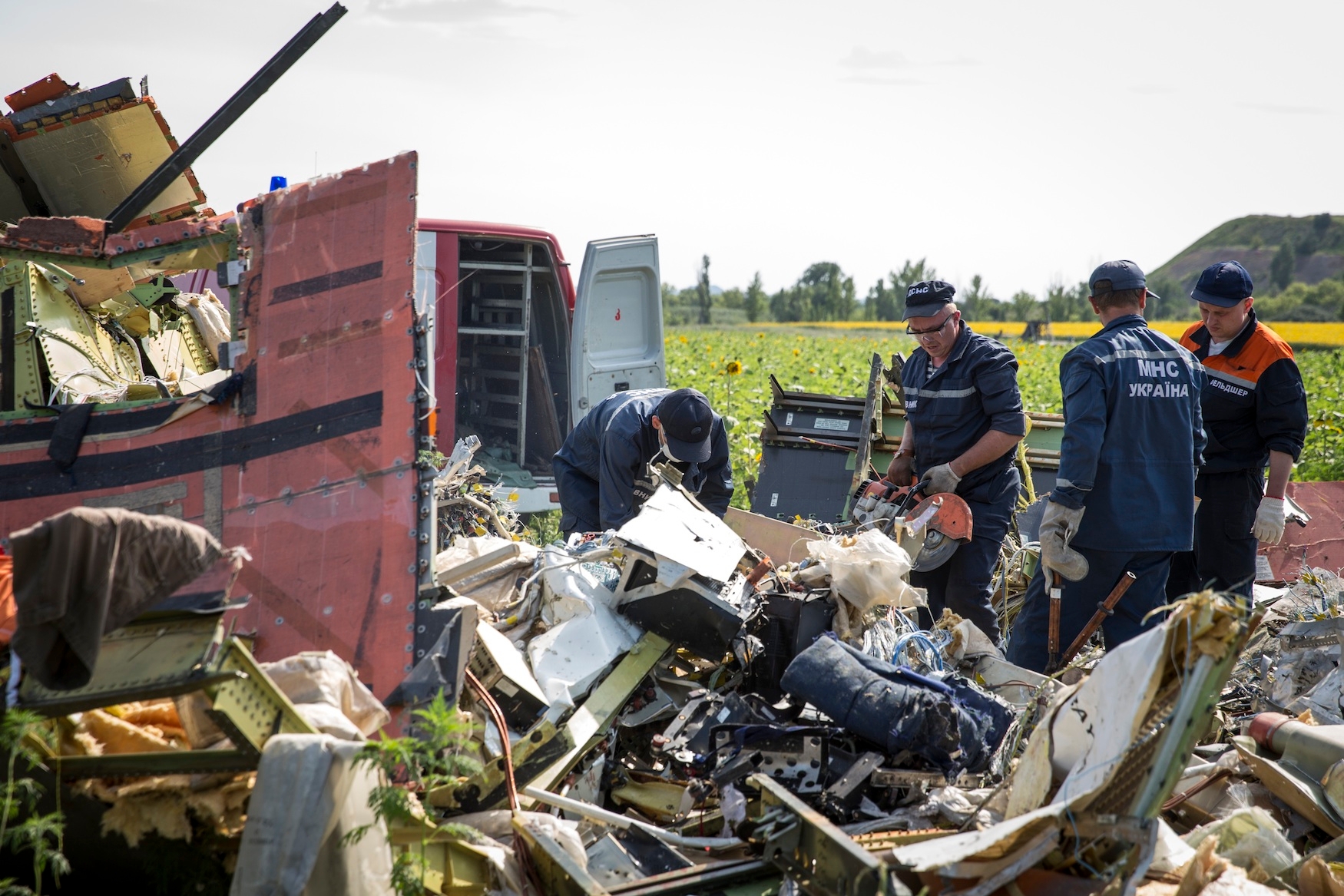 Investigators are still searching through the rubble from the Malaysian Airlines plane that was shot down in Ukraine last week, leaving 298 people dead.

A similar tragedy, albeit one with less than one-third the death toll, unfolded in October 2001, when the Ukrainian military mistakenly shot down a Russian airliner, killing all 78 people aboard. Initially thought to be a terrorist attack — the incident occurred just weeks after 9/11 — the downed plane was soon attributed to a training exercise gone badly wrong.

The plane had been on its way from Israel to the Siberian city of Novosibirsk, which was “one of Russia’s largest Jewish communities and is a major center for aliyah to Israel,” JTA wrote. Sixty-six of the dead were Jews, most of them Russian-born Israelis visiting family and friends.

Four days after the crash, dozens of Israelis flew to Sochi, a town later to become famous as a Winter Olympics venue, “for the grim task of helping identify the remains of relatives,” JTA reported. A description of the scene once they arrived:

Many of those brought in to identify the remains of their loved ones fainted on the spot.

Later, they sat listlessly on benches near the building, oblivious to the lovely seaside setting. Many stared at the ground, unable to respond to questions from a reporter.

Those who could speak were nonetheless in a stupor. Many said they could not decide if they would bury the remains — assuming they could be positively identified — in Russia or in Israel.

The victims, JTA wrote, included Adi Kameri, a 25-year-old native Israeli visiting her mother, who was the Jewish Agency’s emissary in Novosibirsk. Another victim, 22-year-old Natalia Simanin, was flying to Novosibirsk for her wedding.

There were fathers flying with their children, and mothers with their infants.

Five of the victims were relatives of five 19-year-olds participating in the Jewish Agency’s Sela program, which hosts Russian teen-agers who come to Israel before their parents.

Siberian representatives of two international Jewish organizations were among the dead.

One person shaped by the 2001 tragedy was Sochi’s newly arrived Lubavitch emissary, who was just 24:

Rabbi Aryeh Edelkopf said he did not faint when he entered the morgue last Friday morning.

But, he told JTA, he felt horror — not only at the carnage created by the air disaster, but at the great responsibility that had suddenly fallen on his shoulders … He previously had worked as a rabbi in Brazil and Hong Kong — but until now he had never performed what is known in Israel by the acronym “zaka,” meaning “identification of the victims of a disaster.”

Suddenly he faced religious questions to which he did not know the answers.

Thirteen years later, Edelkopf is still in Sochi, and a few months ago had the far happier task of arranging Jewish hospitality during the Olympics.