From the Archive: Suriname’s Jewish settlement and non-settlement 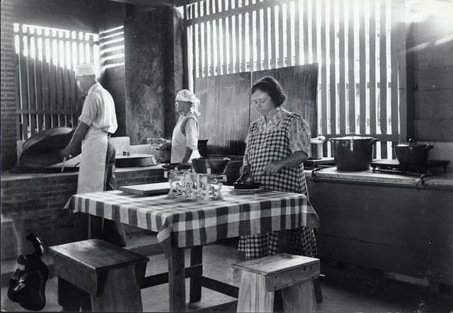 This week, Israel’s Holocaust remembrance authority posthumously recognized William Arnold Egger as a Righteous among the Nations for hiding 12 Jews in the cellar of his Netherlands home in 1942.

The grandson of slaves, Egger had moved to the Netherlands in 1935 from his birthplace in Suriname, then a Dutch colony on the Northeastern coast of South America.

Of all the countries that few Americans have heard of, Suriname, which became independent in 1975 [and is sometimes spelled “Surinam,” without the “e”],  may be the one with the most intriguing history of Jewish settlement, and later, non-settlement.

Hundreds of Holocaust refugees settled in Suriname during the 1930s and early ’40s, some with assistance from the American Jewish Joint Distribution Committee. In 1938, the entire Sephardic Jewish community of Hamburg was resettled there, and in 1942, a group of Dutch Jews who had fled to the unoccupied section of France were granted asylum there.

In 1947, JTA reported that the Parliament of Suriname and the Netherlands Government had approved a plan admit 30,000 war-displaced Jews for immediate settlement in unpopulated sections of the country.

The effort was spearheaded by an organization called the Freeland League, a group committed to finding safe haven for European Jews after World War II.

“The Jewish settlement [in Suriname] is not intended to become a separate political entity,” the League’s founder Dr. I.N. Steinberg told a press conference in 1947. “Its members would become, in conformity with the laws of the country, citizens of Surinam.”

If the doctor’s statements seem a bit odd, it may have been the colony’s unique Jewish history that led him to speak with caution when outlining the aims for these refugees.

In the mid-17th century there was, in fact, a successful effort to create a separate Jewish political entity in Suriname. Jewish immigrants from the Netherlands, Portugal and Italy settled a region called Jodensavanne (Jewish Savannah). Jodensavanne existed for over a century as a semi-autonomous settlement within Suriname, with its own civil militia led by a Civil Captain.

But in 1825, the privileges of the Jewish settlement were stripped. By 1947 – the year Holland’s government approved the mass settlement – the Jodensavanne had been neglected, and largely abandoned. But in August the next year, as Israel’s War of Independence rolled into its third month, a new governor of Suriname reversed his predecessor’s decision to allow the Jewish colonization.

“I have the honor to communicate that the legislative body of Surinam (Staten) now have thought fit to reconsider the matter of colonization of Jews into Surinam in the light of the present international situation,” the new governor wrote in a letter to the Freeland League.

A small settlement in a Netherlands cellar, it seems, was the best the Surinamese could offer.