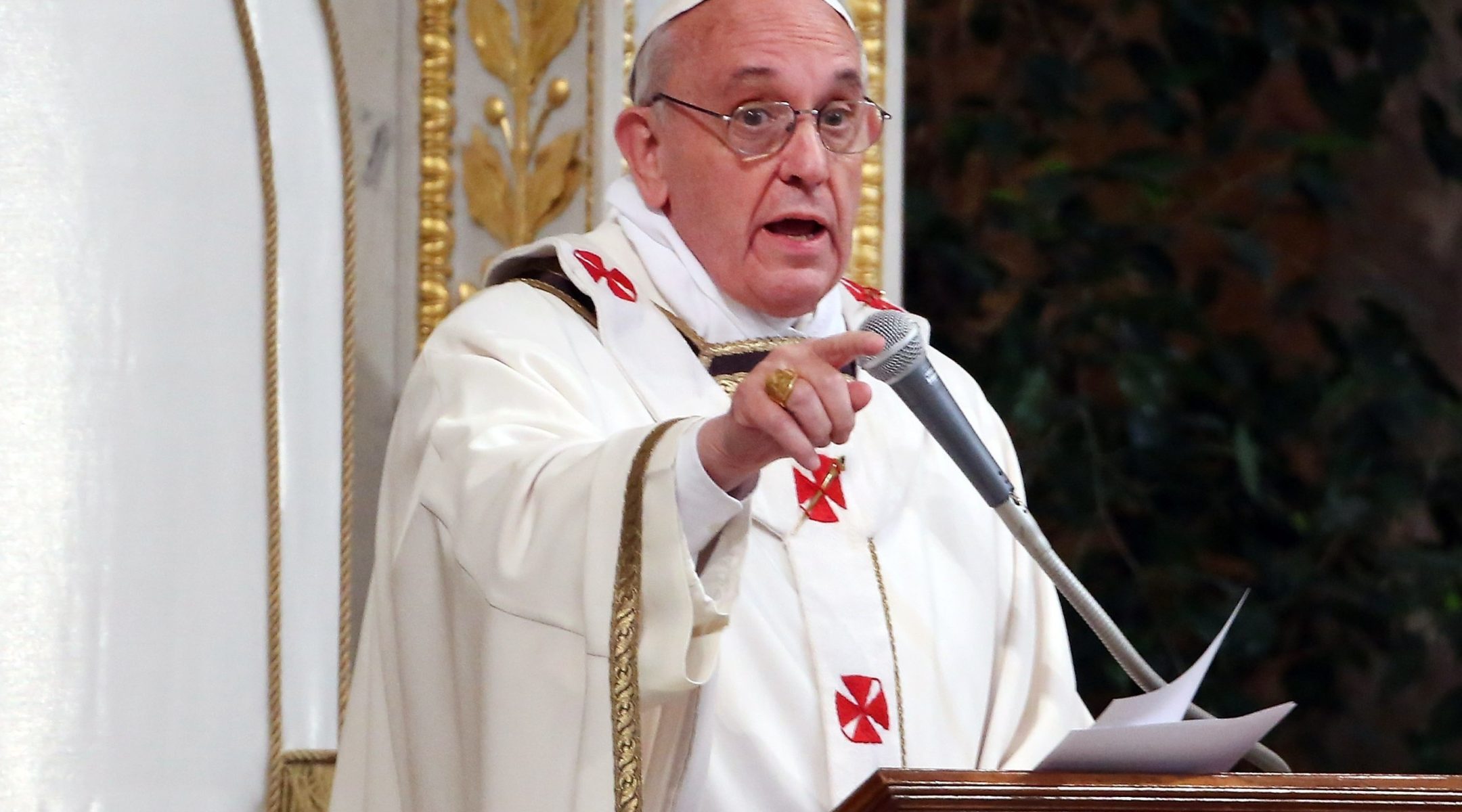 ROME (JTA) – Pope Francis said he prayed for the victims of a terror attack on a Jerusalem synagogue and appealed for peace between Israelis and Palestinians.

“I am following with concern the alarming increase in tension in Jerusalem and other parts of the Holy Land, with unacceptable episodes of violence that do not spare even the places of worship,” he said at his general audience Wednesday, a day after Palestinian terrorists attacked Jewish worshippers during morning services, killing four rabbis and a police officer.

”I assure a special prayer for all the victims of this dramatic situation and for those who suffer most as a result,” the pope said.

He added: “From the bottom of my heart, I make an appeal to the parties involved to put an end to the spiral of hatred and violence and to make courageous decisions for reconciliation and peace. Building peace is difficult, but living without peace is a torment!”