French Jewry 101: From Rashi to Dreyfus to Hyper Cacher 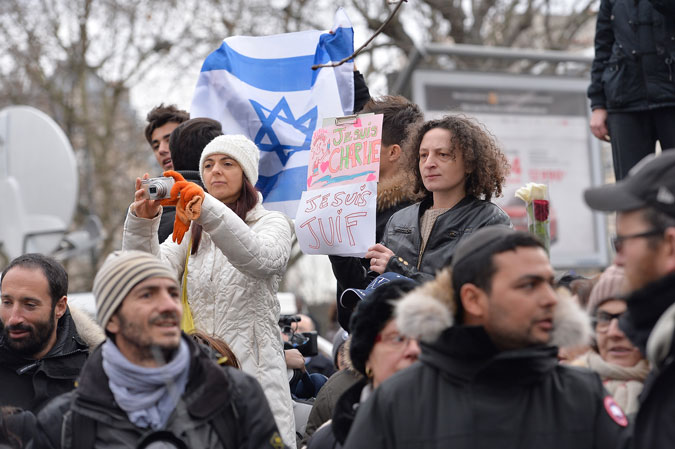 (JTA) — Last week’s deadly hostage siege at a kosher supermarket in Paris has French Jews (and some non-Jews) proclaiming “Je suis juif,” or “I am Jewish,” in solidarity with the four people killed in the attack.

Who are the Jews of France? Here’s a primer.

How many Jews are there in France?

About 500,000, the most of any European nation and more than any other country in the world except for Israel and the United States.

How does that compare to other faith groups in the country?

France is home to some 66 million people; about 80 percent of them are Catholic. There are also between 5 million and 6 million Muslims, with many tracing their roots back to the Maghreb, sub-Saharan Africa and Turkey. 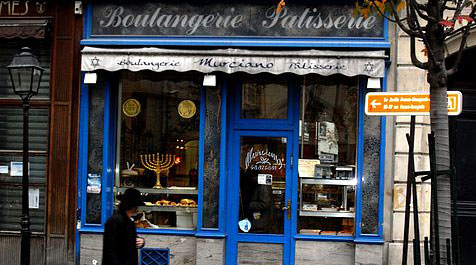 A Jewish bakery on Rue de Rosiers in The Marais, the historic Jewish neighborhood of Paris. (Wikimedia Commons)

Where do Jews live in France?

The Marais, in Paris’ 3rd and 4th districts, is the city’s historic Jewish neighborhood. It remains home to many kosher shops and eateries, synagogues and religious schools. But the trendy quarter — known today for its fashion boutiques, gay culture and pricey real estate  — is much less of a Jewish residential neighborhood than it once was.

Jews today live throughout Paris, but particularly in the affluent 17th district, the more working-class 19th and 20th districts, and increasingly the lively 11th and 12th districts. Hyper Cacher, where an Islamic radical killed four last week, is situated in the 12th district, on Paris’ eastern edge. The suburbs of Sarcelles to the north of the city, Saint-Mande to the east, Creteil to the southeast, and Neuilly-sur-Seine, a wealthy residential neighborhood to the west of the city, also have significant Jewish populations.

In addition, there are about 80,000 Jews in the southern French city of Marseilles, and sizable Jewish communities in Lyon, Toulouse, Nice and Strasbourg, according to Toni L. Kamins, the author of “The Complete Jewish Guide to France.”

How did Jews get to France?

Jews have had a presence in the country at least since the Middle Ages, though it wasn’t until 1791 that French Jews were granted full citizenship. (Rashi, the famed Talmud scholar and commentator, lived in 11th-century France.)

France absorbed more than 100,000 Central and Eastern European Jews fleeing persecution in the years leading up to World War II. Today, however, most Jews living in France have roots in Morocco, Algeria and Tunisia. Some 235,000 Jews arrived from those newly independent countries in the 1950s and 1960s, and this largely Sephardic population is widely credited with reviving religious Judaism in France after the Holocaust.

What happened to French Jews during the Holocaust?

The Nazi German military occupied northern France, including Paris, from 1940 to 1944. In the southern “free zone,” the Vichy French state was nominally neutral but actually was a puppet of Nazi Germany. During the war, some 76,000 Jews from France — including about 11,000 children — were sent to Nazi death camps. Most of them died at Auschwitz, but 2,500 survived. By 1945, some 235,000 Jews remained in France.

What are France’s most influential Jewish institutions today?

The Consistoire, which dates back to Napoleonic times, oversees a network of some 500 synagogues and religious sites, such as cemeteries and mikvahs. The Consistoire, which has a number of local affiliates, also manages kashrut certifications and elects the country’s chief rabbi. The majority of Jewish congregations in France — and all of those under the auspices of the Consistoire — are Orthodox, though there is also a smaller number of Reform and Masorti (Conservative) synagogues in France.

The CRIF, the Council of Jewish Institutions of France, is a national federation of dozens of Jewish groups, including philanthropies, social services organizations and professional associations. The organization works to fight anti-Semitism and other forms of intolerance, often closely with political leaders. Supporting Israel and promoting a peaceful two-state solution are also among its stated priorities.

The UEJF, France’s Jewish Student Union, represents the interests of some 15,000 Jewish college students. The organization, founded in 1944, is active in social justice issues, Israel advocacy and efforts to promote coexistence, and it offers meet-ups and travel opportunities for Jewish students. 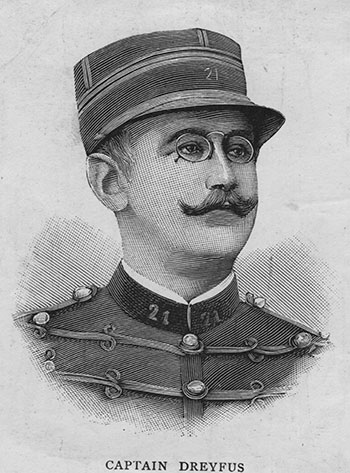 Remind me, what was the Dreyfus Affair all about?

In 1894, Alfred Dreyfus, a Jewish French army captain, was convicted of treason in a case that many considered even at the time to be a miscarriage of justice. The French writer Emile Zola came to the captain’s defense with a famous open letter titled “J’accuse,” in which he accused the French government of targeting Dreyfus because he was Jewish. Publicly stripped of his rank as thousands of Parisians called for his death, Dreyfus was imprisoned for several years on Devil’s Island. In 1899, Dreyfus was pardoned by the French president and released, and in 1906 a military commission officially exonerated him.

How are French Jews responding to the current surge in French anti-Semitism?

Last year, more than 7,000 French Jews left for Israel, which is more than triple the number who made aliyah two years prior. That comes on the heels of a 91 percent year-over-year increase in anti-Semitic incidents and a spike in violent anti-Semitic attacks.

The general increase in anti-Semitic incidents — in addition to several high-profile attacks such as the 2006 kidnapping and murder of Ilan Halimi, the deadly 2012 shooting at a Jewish school in Toulouse, and firebombings of synagogues and Jewish businesses during last summer’s Gaza war — has created a more insular Jewish community, according to Simone Rodan-Benzaquen, the American Jewish Committee’s Paris director. 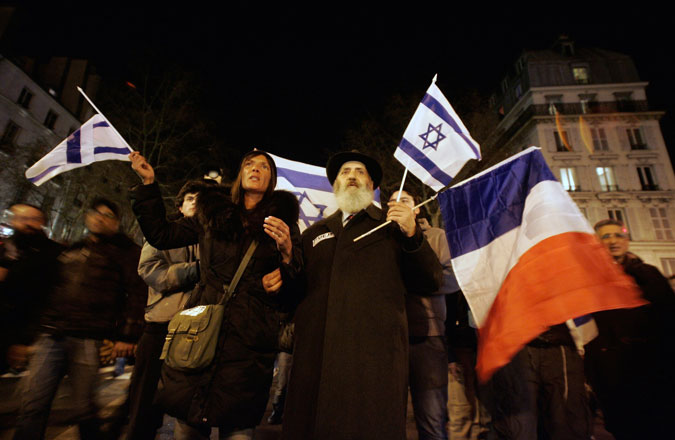 Members of the Jewish community demonstrating on Place de la Bastille at a silent vigil paying tribute to the victims of the Toulouse school shooting, March 19, 2012. (Franck Prevel/Getty Images)

“I think, to some extent, for a generation of young people, they are less and less comfortable with their general French secular identity, so their Jewish identity is more important,” Rodan-Benzaquen said, noting that Jews are increasingly choosing Jewish schools over public schools for their children.

The majority of French Jews vote for the center-right and center-left parties. However, a small but growing minority of Jews, fearing anti-Semitic violence at the hands of France’s Muslim community, have embraced the far-right National Front. Though its current leader, Marine Le Pen, has put a more moderate face on the National Front, her father — the party’s founder — has been convicted of Holocaust denial and once referred to the gas chambers as a “detail” of history.