Opening the floodgates of Israel bashing 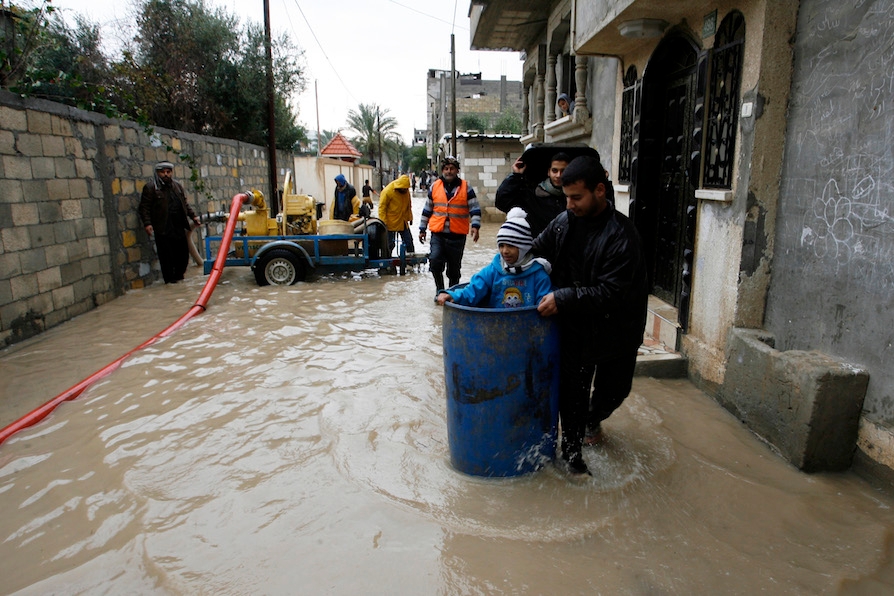 Agence France Presse’s report earlier this week falsely alleging that Israel intentionally opened a large dam in the South in order to unleash floods upon Gaza’s already beleaguered residents has released a torrent of puns. But it also opened the floodgates for Israel bashing (as if they weren’t already opened), with numerous other publications, blogs and other sites repeating the claim as fact. One of those, Al Jazeera, officially retracted its story on Wednesday, noting, “In southern Israel, there are no dams of the type which can be opened.”

Gaza does indeed suffer frequent flooding this time of year, and this isn’t the first time the dam rumor has, ahem, surfaced. The Palestinian Maan News Agency made the claim in 2012, as did Middle East Monitor in 2013.

BuzzFeed, one of the first non-Israeli and non-Jewish outlets to report the claim as false, quoted a Palestinian official speaking on condition of anonymity as saying the rumor “could be traced back more than a decade”:

“It is easy to say it is dams, easier than saying that the problem is infrastructure — not having infrastructure, having bad infrastructure, having what little infrastructure Gaza destroyed each time there is war — that is the truth,” said the official, who spoke with Buzzfeed by phone from Gaza. He asked to remain anonymous as his statements did not coincide with those made by Hamas, which controls the Gaza Strip. “If we could rebuild Gaza, we could build a system that dealt with these horrible floods. But Gaza is in ruins, there is nowhere for the water to go, and each year it will be the same unless someone helps us.”

No word on whether the flooding has damaged any remaining Hamas tunnels into Israel.