From the Archive: Highs and lows in Nepal-Israel relations 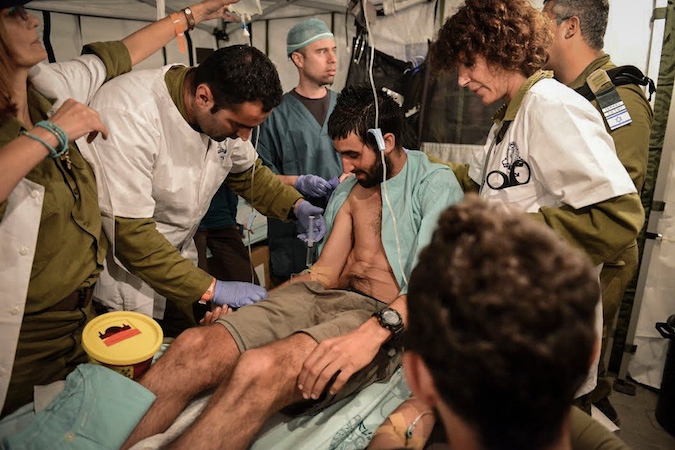 A man is treated for injuries at the field hospital established by the Israeli Defense Forces, in Nepal, following the deadly earthquake. on April 29, 2015. (IDF Spokesperson/Flash90)
Advertisement

After last week’s massive earthquake in Nepal, Israeli aid workers were among the first to arrive, and with more than 260 Israeli soldiers, doctors and rescue experts working in the disaster zone — Israel had the largest of all the international aid teams on the ground, according to the Israeli Consulate in New York.

The quake and its aftermath, in which more than 5,500 people died, also drew attention to the large numbers of Israeli couples who turn to the Himalayan nation for surrogate mothers, as well as the many young Israelis traveling there after their army service.

While surrogate parenting is a relatively new development, Israel and Nepal have shared connections for decades. 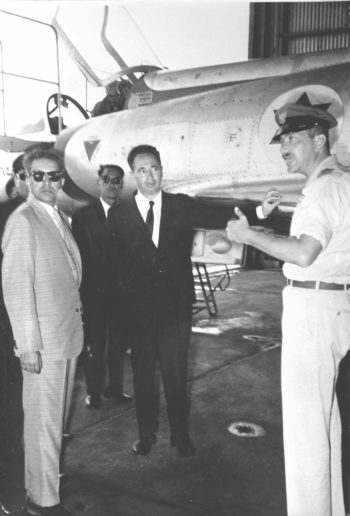 In August of 1960, the two countries announced an agreement for “technical cooperation and joint enterprises in the fields of agriculture, industry and construction,” and Nepal’s Premier B.P. Koirala also “indicated a desire to send Nepalese officers for training in the Israel Army,” particularly with the Israel Defense Forces’ Nahal unit, a semi-military agricultural youth training organization. Later that year, Nepal agreed to purchase from Israel “small arms required for Nepalese defense of her border with China.”

Soon after, in 1963, Nepal’s King Mahendra paid a week-long state visit to Israel, where he was greeted with a “21-gun salute,” and “schoolchildren lined the streets to greet the King’s arrival.”

In 1966, Israeli President Zalman Shazar and his wife reciprocated with their own state visit, but while the Nepalese were gracious hosts, Shazar’s brief stopover in nearby India was “most unfriendly.”:

Israeli officials were angered by the fact that the India Foreign Ministry failed to send a representative to the airport, as is the customary practice for a visiting head of state, when the Presidential plane landed in New Delhi. Instead of being invited to make himself comfortable in the airport’s lounge for VIP’s, President Shazar had been totally ignored by the Indian officials when he was on the way to Katmandu.

More recently, Nepal has had the distinction of hosting the “world’s highest [Passover] seder,” and serving as a magnet for Israeli hikers and adventure-seekers.

But Israeli tourists have not always been agents of good will between the two nations. In a lengthy article in 1994, JTA reported on Nepalese locals’ frustration with their Israeli visitors. One apparently well-behaved Sabra, Oren Golan, told JTA guest house owners did not believe him when he said he was Israeli:

But the 25-year-old Givatayim resident is not the typical Israeli traveler in Nepal.

Golan waited until after finishing his bachelor’s degree before heading to the Far East. He also chose to trek with a group of people from different countries, as opposed to the usual Israeli method of keeping to only Hebrew- speaking company.

“The average Israeli in Nepal is very young,” said Ilan Maor, second secretary to the Israeli ambassador to Nepal.

“Most Israelis are released from the army, work a few months and then come straight to the Far East. This is the first time in their lives that they are free to do whatever they want.

“And because they are in a foreign country, they act as they never would in their own homes,” Maor explained.

Both Israelis and Nepalese acknowledge that cultural differences account for some of the problems. Both also concur that a clash is inevitable because the brash, loud nature of Israelis is perceived as obtrusive by the meek and polite Nepalese.

Another explanation of Israeli behavior in Nepal is that the young men recently released from the army are still caught up in the macho military culture in which they have been immersed for the past three to four years.

Israelis in Nepal are known to constantly compete with one another, to prove who can push himself the furthest, carry the heaviest backpack, and climb the mountain the fastest. This kind of conduct is seen as the antithesis of the Asian religions, which promote non-violence and tranquillity.