Ed Miliband out as Conservatives win in Britain 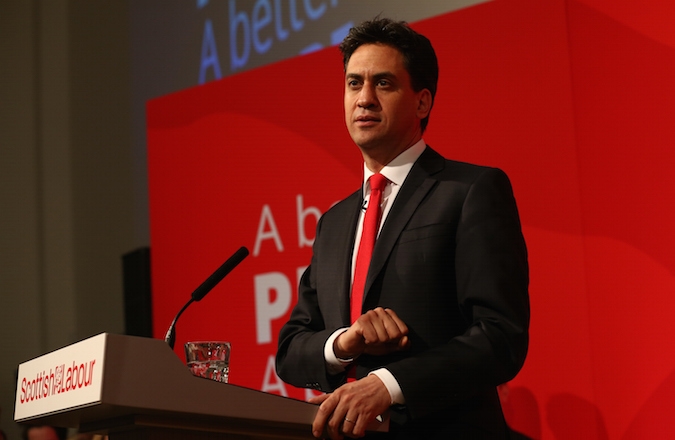 By midday Friday, Cameron’s Conservative Party had secured 331 of the 650 seats in the British Parliament, media reported. Cameron fell short of a majority in the last parliament and led a coalition with Liberal Democrats.

“I will never give up on fighting for the Britain that I believe in,” he said at his party’s headquarters on Friday, the BBC reported.

Benjamin Disraeli, one of the preeminent 19th-century British prime ministers, was born Jewish and was proud of his heritage, but also was converted to Anglicanism as a child.

Cameron and Miliband had appeared locked in a tight race, polling prior to the balloting suggested. Labor was nearly wiped out in Scotland with the resurgence of the Scottish National Party.

According to polls, British Jews strongly favored Cameron in part because of Miliband’s relative coolness on Israel and Labor’s shift to the left since the departure of Tony Blair, who led Britain in the 1990s and early 2000s.

Poor showings by the anti-immigrant U.K. Independence Party led its leader, Nigel Farage, to resign on Friday. Also resigning was David Clegg, the leader of the centrist Liberal Democrats.

Also defeated was incumbent George Galloway, the leader of the tiny Respect Party known for his strident anti-Israel rhetoric. He was soundly beaten in Bradford, in northern England, by the Labor candidate, Naz Shah, 19,977 votes to 8,557, according to the French news agency AFP. Galloway last year had declared his district off-limits to Israelis, including tourists.