Op-Ed: How should Orthodox leaders respond to the gay marriage ruling? 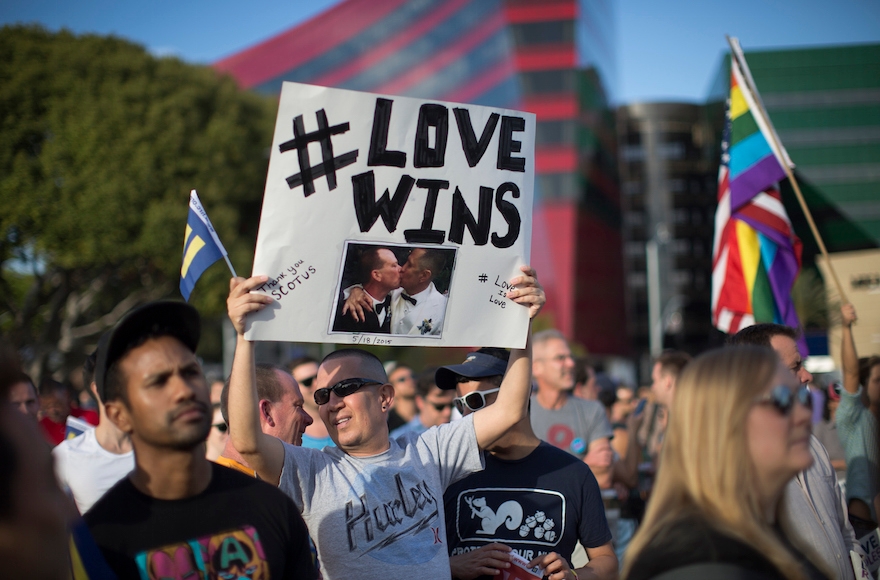 NEW YORK (JTA) — My father passed away nearly 13 years ago, and while I think about him daily, every so often there are moments when I especially miss him.

Last week’s Supreme Court decision on same-sex marriage was one of those moments.

You see, my father, Rabbi Steven Dworken, was the longtime professional leader of the Rabbinical Council of America, the country’s main modern Orthodox rabbinic association, until his untimely death in 2003.

While perusing my Facebook feed after the Supreme Court decision, I belatedly came across the RCA’s June 26 press release weighing in on the court ruling, titled “Rabbinical Council of America Protests Supreme Court Ruling on Same Sex Marriage.” Is this secular issue really something for which religious institutions need to issue press releases?

What would my father have done?

At the RCA, my father was not only a respected rabbi, but also held a position with significant impact and influence on modern Orthodox Jewry. This is not exaggeration or hyperbole. Even 12 years later, I meet rabbis all over the world who still pine for his insight, humor and diplomacy as a clergy leader. He was a man with Solomonic wisdom surpassed only by his genuine kindheartedness.

I can’t say definitively how my father would have responded to the gay marriage decision. But I’d like to think he would have said nothing about it because my father, a ba’al teshuvah — someone who wasn’t born Orthodox but became religiously observant later in life — had great respect and admiration for the many levels of observance, particularly in an age when just about every Jew observes in his or her own distinctive way.

But let’s say, hypothetically, he was pressured into responding. Even though we were very close and spoke daily, I don’t know what he would say.

One of my greatest problems with contemporary Judaism is the way we create false narratives, presuming to know how the deceased would think or feel. But I found myself imagining a conversation where he and I would discuss last Friday’s truly historic ruling. I would sense his conflict because his care for individuals was true, and he would sense my urge to advocate for — let’s be frank here — an oppressed group that collectively yearns to be culturally accepted. 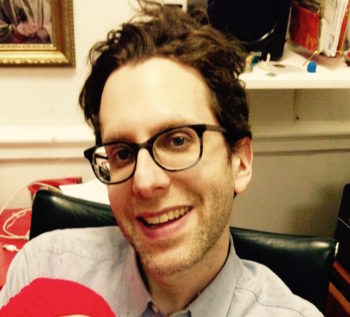 This isn’t a religious issue, I would tell him; it’s a secular one. This country was founded on the basis of separation of religion and state, which means that, as practicing Jews, we should have nothing to say about this. The First Amendment isn’t necessarily an amendment with the sole purpose of protecting religion. It defends against religious fanaticism; it protects the right to live with an absence of faith or belief. Let’s tend to our own garden, I would say, not landscape the whole block.

Interesting, he would say back — or, at least, I hope he would. When my father died, I had not fully developed my intellectualism, and most conversations between us weren’t so heady.

But, I imagine he’d continue, what about gay marriage being a threat to our traditional way of life? If we acknowledge these unions as legally binding, how will that not affect the Orthodox community?

Well, Dad, are we really so concerned about threats to our institution of marriage? If so, why isn’t the RCA issuing press releases about divorce and its troubling rate of frequency? Why aren’t we issuing press releases condemning infidelity or the premarital sex crisis? Why do we perceive the gay community as a danger to our values when that community is relegated to live very much outside ours? Are we so weak in our faith that a perceived threat — your words, not mine —outside our fortress walls requires that we express our opposition?

The RCA press release said, “Marriage is an institution defined by the Bible and subsequent religious codes and it is upon the foundation of traditional family life that our society has been built for millennia.”

This statement is highly problematic. The Bible also speaks about polygamy, so our contemporary model of matrimony is not exactly based on the Old Testament. Also, what of the forefathers’ concubines or women captured in war, both of which are featured in the Bible?

We must acknowledge that things have changed over the years and accept that how we define marriage now is different from how it was once defined, especially in the Bible. That should be enough to warrant abstaining from the debate on whether same-sex marriage should be a legal right.

My father is thinking. He is torn. He can empathize with the dilemma because, unlike so many years ago, the gay constituency is not hiding in the closet. Gay men and women are sometimes sitting in our pews. We’ve witnessed firsthand the pain associated with their denial of rights. We’ve seen the impact of some of our leaders’ homophobic vitriol. We’ve heard the cries from conflicted and torn men and women as they look ahead to a painful and lonely life.

And so I ask the question for him. How do “we” deal with gay marriage? How can the Orthodox community, of which I am still proudly a part, respond to the Supreme Court ruling?

Do we say, as RCA President Rabbi Leonard Matanky said in the RCA press release, that “no court can change God’s immutable law,” that “we stand committed not to lose faith in faith itself, and hope that others who cherish God’s teaching will join us?”

It pained me to read that. It hurt me that the organization that allegedly represents my leaders and clergymen is presumptuous enough to be on the wrong side of history. It saddens me that an issue of this great complexity is met with a broad stroke, a superimposed black-and-white filter.

But most of all, it pained me that my father wasn’t here to address this issue — or, as I suspect, to withhold public comment on it. I would have respected him greatly for that. Sometimes silence is more powerful than the loudest proclamation.

(Arye Dworken is a writer, editor and music journalist who works in the creative advertising department of RGA New York.)