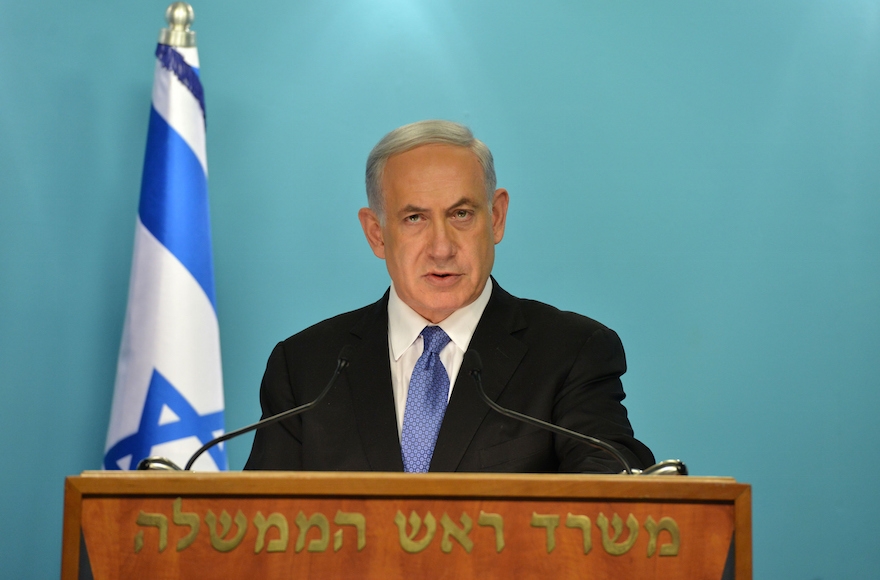 “When you are willing to make an agreement at any cost, this is the result,” Israeli Prime Minister Benjamin Netanyahu said Tuesday morning before the details were officially announced. “From the initial reports we can already conclude that this agreement is a historic mistake for the world.

“We knew very well that the desire to sign an agreement was stronger than anything, and therefore we did not commit to preventing an agreement. We did commit to preventing Iran from acquiring nuclear weapons, and this commitment still stands,” he said, calling on Israeli leaders to “put petty politics aside and unite behind this most fateful issue to the future and security of the State of Israel.”

“This agreement is a tragedy for all who aspire for regional stability and fear a nuclear Iran,” Yaalon said. “Instead of fighting terror with all its might, the free world has granted legitimacy to Iran’s hateful, murderous ways.”

He added that with the signing of the agreement and the lifting of sanctions, “massive funds will be funneled into the Iranian terror accounts.”

The combined Arab-Israeli political party, the Joint Arab list, praised the deal as “the victory of the will of the Iranian people in their struggle against the blockade and sanctions imposed on them.” Its statement said Netanyahu’s “aggressive rhetoric of incitement and hostility against the Iran deal under the pretext of the ‘Iranian threat’ are indicative of his imperialist and colonialist outlook.”

World Jewish Congress President Ronald Lauder in a statement pointed out that Iran has failed in the past to live up to its treaty obligations.

“I fear we may have entered into an agreement that revives the Iranian economy but won’t stop this regime from developing nuclear arms in the long term, which would have disastrous consequences for the entire region and the world,” he said, calling the agreement “just a piece of paper” and “not a legally binding treaty.”

The Anti-Defamation League said in a statement that the agreement appears to “fall far short” of assuring that Iran will not become a nuclear weapon state.

While the Joint Comprehensive Plan of Action provides “a respite from the most  immediate threat posed by Iran’s nuclear weapons ambitions, the JCPOA does not prevent it for the long term,” said Barry Curtiss-Lusher and Abraham Foxman, the group’s national chair and national director, respectively. “In ten years, Iran will be able to rapidly expand its enrichment capacity.”

The American Jewish Committee praised the efforts of U.S. Secretary of State John Kerry and the other government officials that “turned [President Obama’s] vision into a reality.”

“It is now incumbent on the United States Congress, pursuant to the provisions of the Iran Nuclear Agreement Review Act of 2015, to thoroughly review, debate, and, ultimately, vote it up or down,” AJC Executive Director David Harris said in a statement. “However Congress decides to vote on the nuclear deal, the need for vigilance regarding Iran will not for a single moment be diminished.”

The European Friends of Israel called on European Union officials and the governments of the EU states “to speak out against this dangerous deal, which also represents a direct threat to the EU and the national security of European citizens.” The group called the deal “a clear, unmistakable surrender to Iran by the West, including the EU, which was a key member of the negotiations.”

All the groups expressed concern over repeated calls in Iran, including in recent days, for the annihilation of Israel and “death to America.”

The Jewish Voice for Peace, a group that is sharply critical of Israel and which supports the boycotts, divestment and sanctions against the Jewish state while advocating the lifting of sanctions against Iran, applauded the deal, saying in a statement that “a negotiated agreement is the only way to alleviate international concern about Iran’s nuclear program and avert war.”