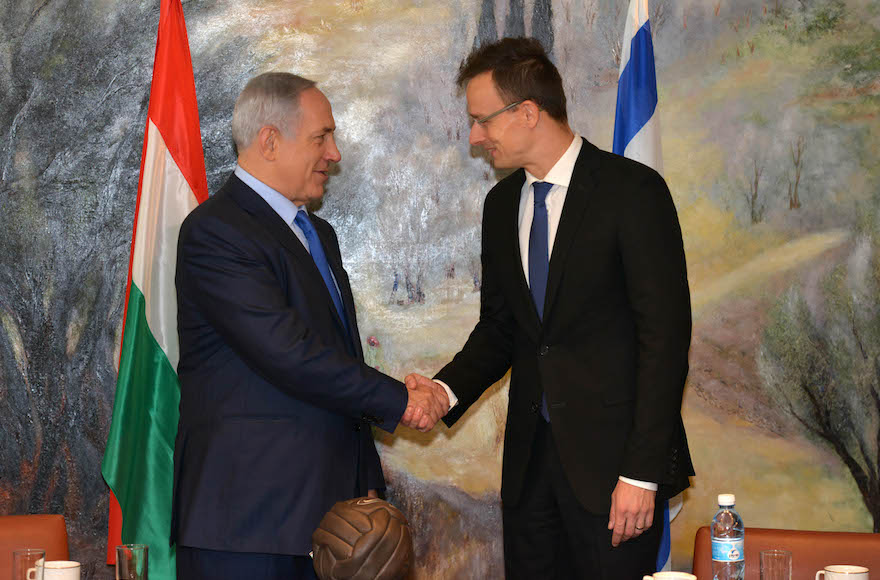 JERUSALEM (JTA) — Hungary will not label separately products made in the West Bank or the Golan Heights, its foreign minister said.

Peter Szijjarto, who is also Hungary’s trade minister, said on an overnight visit to Israel that the European Union’s guidelines for labeling goods that originate in Jewish settlements are “irrational” and do not contribute to solving the Israeli-Palestinian conflict.

Szijjarto announced his country’s opposition to the labeling guidelines on Monday morning at the Israel Council on Foreign Relations, according to reports. Also attending the council meeting was Lars Faaborg Andersen, the head of the EU delegation in Israel.

Referencing the current refugee crisis, which he said should be called a “mass immigration,” Szijjarto said, “We must make serious decisions to protect our people because we are currently defenseless. We must get back the ability to control our borders. We should not be speaking about how to manage migration, but how to help these people to stay at home.”

He called on the European Union to strengthen its cooperation with Israel in fighting terrorism, citing Israel’s experience, knowledge and technology, according to The Jerusalem Post.