Why are Israelis protesting government plan for natural gas fields? 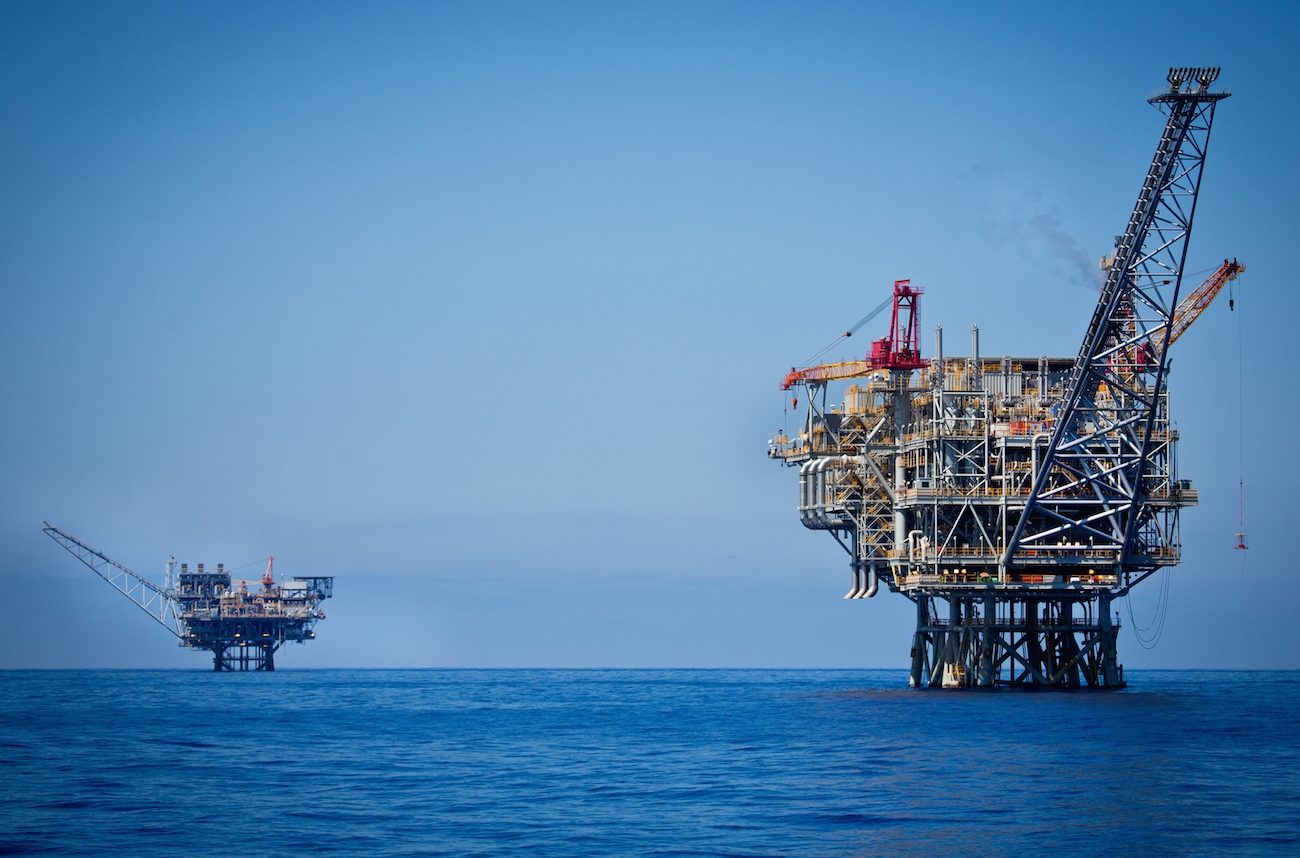 TEL AVIV (JTA) — When Israel discovered two massive natural gas fields off its coast five years ago, it was billed as a goldmine that would shift the balance of energy exports in the Middle East and fill Israel’s coffers.

Five years later, drilling in the biggest field, known as Leviathan, is being delayed by street protests and government critics who allege the plan for its development amounts to an undemocratic power grab that hands over a vital natural resource to private corporations. Thousands of Israelis have taken to the streets in protest.

Still, the plan will almost definitely advance. Israel’s Cabinet and Knesset approved it over the summer, and Prime Minister Benjamin Netanyahu has cleared the final hurdle before its approval.

Here’s what Israel’s natural gas controversy is all about.

Gas fields could supply Israel’s needs for more than a century.

The Tamar field, discovered in 2009, is believed to hold roughly 10 trillion cubic feet of natural gas. Leviathan, discovered one year later, is thought to be more than twice as big, at 22 trillion cubic feet. They are two of the biggest fields in the Mediterranean Sea and could meet Israel’s natural gas needs until the middle of the next century.

They also have the potential to transform Israel, long considered energy poor in a region teeming with oil, into a net energy exporter. Preliminary export deals have already been signed with Egypt and Jordan.

Under the government’s plan, two partner companies would develop Leviathan.

Two companies, Noble Energy and Delek Group, control most of Tamar, Leviathan and two smaller natural gas fields. In 2012, Israel’s Antitrust Authority declared the Noble-Delek partnership a monopoly and required that it operate under close government monitoring. But a year ago, Antitrust Commissioner David Gilo warned that he was considering breaking up the partnership. Noble responded by freezing development of Leviathan.

READ: Will Israelis pay the price for a natural gas ‘monopoly’?

In an effort to move the project forward, Netanyahu has proposed the Gas Outline, which would permit Noble-Delek to retain majority control of Leviathan for 10 years after the gas begins flowing in exchange for reducing its holdings in Tamar and two of the smaller fields.

Opponents say the plan gives away too much to corporations.

In recent months, protesters have gathered weekly, sometimes by the thousands, to urge Israel to nationalize the fields. The protesters argue that while the government has set a price ceiling on natural gas, the monopoly could keep costs high even if the global price of natural gas drops. They also fear that Noble-Delek may export much of the gas in the decade before it breaks up, leaving Israel with scant reserves and only minimal profits from the drilling. 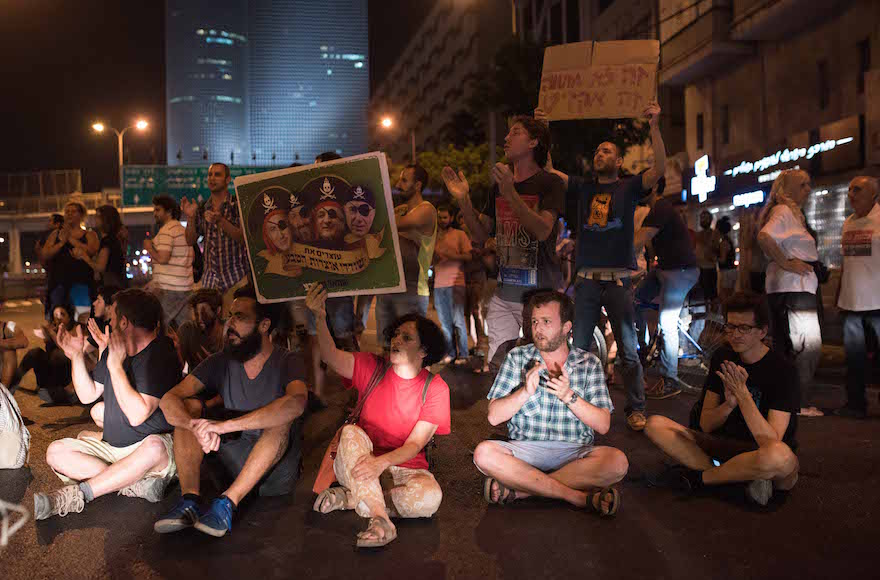 Demonstrators in Tel Aviv protesting the Israeli government’s support for a deal that would give two energy companies control over the development of most of Israel’s offshore gas deposits, June 27, 2015. (Ben Kelmer/Flash90)

“They told us stories about strategic assets, about how in just a moment there will be a new Middle East of economic peace from gas,” said Orly Bar Lev, a protest organizer. “We saw in the economics committee that it’s all wishes, perhaps opportunities.”

The plan has also faced opposition from within the government. Israel’s antitrust commissioner resigned earlier this year in protest of the plan, while several Cabinet ministers have broken with Netanyahu over the issue.

“The conduct of the government and its branches regarding natural gas was deficient and uncoordinated, and for various reasons, some of which the government contributed, a monopoly was created in this area,” the state comptroller wrote in a July report.

Though the plan was approved by the Knesset over the summer, to take effect the economy minister must invoke clause 52 of Israel’s antitrust law, which allows the government to approve a monopoly if it’s a matter of national security. Economy Minister Aryeh Deri refused, arguing that it was unwarranted, and resigned.

Netanyahu is accused of enacting the plan undemocratically.

After Deri’s resignation, Netanyahu took over his position. Critics say the affair smacks of a power grab by the prime minister, who now holds the titles of foreign minister, communications minister and economy minister and is pushing ahead with the plan over the fierce objections of key government figures.

“Who do our public representatives serve?” asked Yochai Binyamin, a descendant of political Zionism founder Theodor Herzl and one of the protest organizers. “It goes from one scandal to another.”

Netanyahu says the plan is a matter of national security and has defended his use of clause 52, maintaining that natural gas extraction lightens the load on Israel’s existing power plants, which were targeted by missiles during last summer’s war with Hamas. He also says the revenues from the gas fields will offset the costs of a possible boycott of Israeli goods.

Speaking to a Knesset committee on Tuesday, Netanyahu said rejecting the plan means risking further delays in extracting one of Israel’s most valuable assets.

“The natural gas gives Israel a much stronger basis for withstanding international pressure,” he said. “If we don’t accept the outline, we’ll be left without competition, without gas fields, without energy security and without the ability to export.”