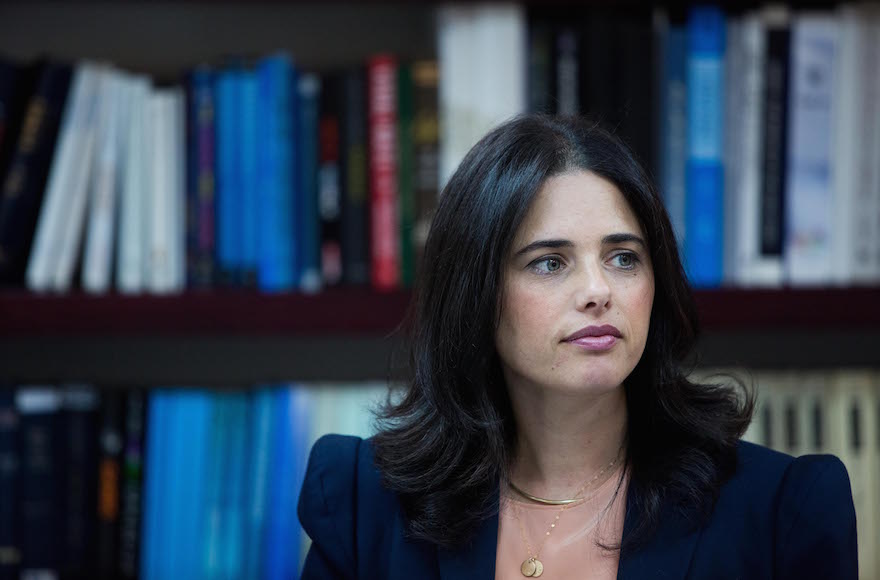 JERUSALEM (JTA) — In 1914, Robert Frost published his poem “Mending Wall,” where he coined the maxim, “Good fences make good neighbors.” Those were the days of World War I, and it was perceived at that time that the best way to safeguard international relations and world peace was to clearly demarcate the physical borders between countries.

Two decades later, around the time of World War II, the concept of sovereignty had changed to include more than merely defending a country’s territory. The understanding that foreign governments were able to have a serious effect on a country’s internal decision-making led the United States to enact the Foreign Agents Registration Act in 1938, which requires non-diplomats representing foreign interests to register with the U.S. Department of Justice.

The act underwent a series of amendments during the 1960s, but the foundations upon which it was based and the justifications that formed its basis have not changed. A strong democracy cannot suffice itself with defending its physical borders alone, since threats to sovereignty are not always confined solely to tanks invading fields and cities. Sometimes the real threat lies in the interference in another country’s internal affairs. This is precisely the sort of interference that the 1945 U.N. Charter sought to confront.

A hundred years after Frost published his poem, there are about 2,000 lobbyists registered in the United States who represent the interests of “foreign political entities” and receive funding from them. The United States understood in time the importance of this identification of the foreign interests on behalf of whom the various organizations operate.

The Government Transparency Law that I am currently promoting is as its name says. It seeks to create transparency and clarity in relation to the parties financing Israeli NGOs who receive more than half of their annual budget directly from a foreign government. In no way does it prevent the activity of those NGOs, nor does it impose any restriction on their activities or forms of expression. In fact, the requirements it stipulates are much less stringent than those imposed by the United States upon similar types of activity under the Foreign Agents Registration Act.

Israel, which has been subject to an unending struggle for survival for almost 70 years, and where the state of emergency has not ceased for a single day since its establishment, deals with threats from near and far via the Israel Defense Forces. The security forces in Israel protect citizens night and day against the threats posed by enemy countries and the danger of terrorism. However, these dangers are not the only dangers that Israel has to deal with.

Currently, Israel is also fighting repeated attempts to undermine its very legitimacy. The BDS movement that is spreading all over the world presents itself as working against Israeli government policy, yet the official anti-Israeli sentiment it presents serves solely as a cover for the classic anti-Semitism that is only too well known. The same forces that in the Europe of the 1930s and ’40s cried “Jews – go to Palestine,” are now calling out to Israeli citizens: “Jews – go back to Europe.”

To justify the demand to put an end to the Zionist enterprise in the land of Israel, these forces wish to weaken Israel’s hold of the land of Israel. In the opinion of these forces, the way to do this is by tarnishing Israel with charges of war crimes and immoral conduct towards the Arabs. This notwithstanding the fact that the Arab population in Israel enjoys full rights and equality under Israeli law, and that the majority of Palestinians in Judea and Samaria, traditional Hebrew names for the West Bank, are under the responsibility of the Palestinian Authority.

Like the United States, we have discovered in recent years the danger posed by the existence of forces financed by foreign money. We have discovered that hundreds of millions of dollars are sent to NGOs in Israel from countries that seek to decide the existing dispute between Israel and the Palestinian Authority. Often, those countries are not at all aware of the fact that the money they are sending is used by the bodies it is sent to for the purpose of weakening Israel’s moral claim and presenting it as a country that is prima facie committing a breach of international law.

Israel believes that whoever seeks to influence the policy of its members of parliament in the name of a foreign country’s money is no better and no worse than any other lobbyist working on behalf of the money it receives. Therefore, Israel wishes to create transparency in this area and prescribe a duty of disclosure with regard to the activities of the NGOs operating on behalf of foreign governments. Criticism of the law, which is so exaggerated and absolutely exceeds any relevant claim based upon any pertinent dispute, is part of the same foolish attempt to besmirch Israel’s name.