NEW YORK (JTA) — When I was a law student, I took a course by a renowned professor who warned that if a prosecutor ever told us that our client only had two choices, we should walk away from the bargaining table. His point: There are always more options.

In a recent JTA Op-Ed, law professor Roberta Rosenthal Kwall said this is precisely the situation facing Conservative Judaism. Her piece, headlined “Conservative Judaism has just 2 viable options,” argues that the movement can either merge with the Reform movement or shrink dramatically to a limited core group “whose daily lives revolve around Jewish law in a way closer to modern Orthodox Jews.”

Are those really the only two options open to more than a million Conservative Jews in North America? If so, we should just walk away.

Fortunately, there are other options likely to bring new vitality to the Conservative movement.

Kwall joins the voices of others who assert that the 2013 Pew Report and other data show a sharp decline in Conservative affiliation. From there, she projects a dismal future for the movement. Similar statements were made about the fate of Orthodoxy 50 years ago — look how those predictions turned out. 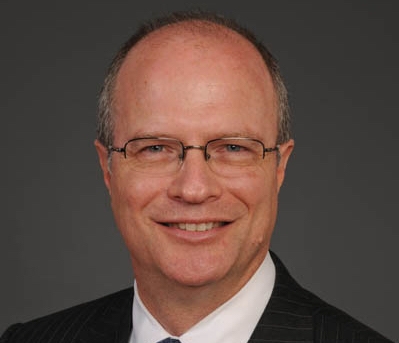 Jewish history is rarely linear. In fact, the actual numbers in the Pew Report undercut the narrative of irreversible decline for the Conservative movement.

In a JTA Op-Ed titled “On Conservative Judaism, why all the talk about failure?” published last fall, three eminent scholars of Jewish history and demography note that the Pew data shows “the Conservative proportion of the non-Orthodox Jewish population is holding steady.” Importantly, the proportion of non-Orthodox Jews who identify as Conservative remains constant across the critical age groups of Jews 45-59 and 30-44 (20 percent for each group), showing no proportional decline in the younger adult generation.

When we turn from market share to impact, there is no reason to wring our hands. The movement’s Ramah camps are indisputably the most successful religious and educational camping program in North America. Most of the independent minyanim, innovative Jewish start-ups, and other cutting-edge organizations in the Jewish community are founded or led by products of the Conservative movement.

The movement’s flagship Jewish Theological Seminary continues to produce leaders who are in high demand. And hundreds of thousands of Jews join Conservative synagogues and find experiences of meaning and community that are joyful, profound and inspiring.

No one denies that we face a host of challenges, including low birth rates, high intermarriage rates and a decline in affiliated synagogues. Our unique vision has not been clearly and consistently articulated for the new situation confronting North American Jewry today. And we face the age-old problem of the disparity between the movement’s commitment to Jewish law and the actual observance patterns of most of its members.

But the answer to these challenges is not to merge the movement out of existence or to turn it into an elite cadre of modern Orthodoxy, albeit with an egalitarian twist. The first option ignores the important differences in ideology, practice and outcomes between Conservative and Reform Judaism, while the second would denude the movement of its unique characteristics of innovation and inclusiveness, rendering it unrecognizable and undermining its raison d’etre.

The future of the Conservative movement does not lie in abandoning its distinctiveness or its innovative spirit or shrinking it to a core without a mission to the larger community.

As a movement, we need to clearly, succinctly and consistently articulate our vision of Judaism — a Judaism, to quote the JTS mission statement — “that is learned and passionate, pluralist and authentic, traditional and egalitarian; one that is thoroughly grounded in Jewish texts, history and practices, and fully engaged with societies and cultures of the present.”

This is not merely a branding or marketing exercise. It reflects a claim to both authenticity and inspiration that are essential to attracting new adherents.

We must also train a new type of communal leader — whether rabbi, cantor or educator — who understands and is equipped not merely to head a community, but to create one. We need entrepreneurial professionals who go beyond the four walls of synagogues or other institutional forms and seek out Jews who are unaffiliated and feel disenfranchised. These are the individuals to whom our sacred wisdom can bring meaning and fellowship.

Other strategies must be deployed as well, but the Conservative movement’s future requires neither disappearance through merger nor dramatic shrinkage to an elite few. It requires dynamic and entrepreneurial leadership, a clear and compelling message, the courage to fully exploit the innovative spirit of our tradition and the commitment to create radically welcoming communities.

(Marc Gary is the executive vice chancellor and chief operating officer of the Jewish Theological Seminary.)