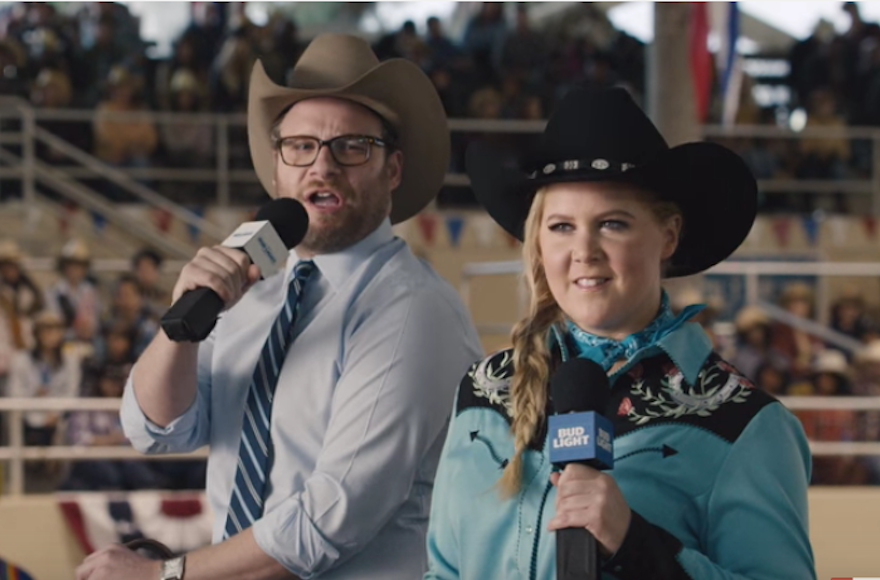 Rogen and Schumer portray political candidates campaigning at a rodeo, a factory and a basketball game and satirize today’s polarized political climate.

“They say we disagree on everything,” Schumer says.

A 30-second ad during Super Bowl 50, which airs Sunday on CBS, costs a record $5 million. However, Anheuser-Busch, Bud Light’s parent company, signed a deal with CBS that gives them an advertising discount.

This year marks the first time that the event’s advertisements will also run simultaneously in online streams of the game.

Last year, Schumer’s childhood rabbi described how she behaved in Hebrew school. In August, she teamed up with Chuck Schumer to lobby for gun control legislation after a shooting in a Louisiana theater showing her film “Trainwreck.”

Rudd, the real star of the Super Bowl ad with his new facial hair, is set to star in three movies this year, including “Captain America: Civil War” — in which he’ll reprise his role as the comic book character Ant Man.