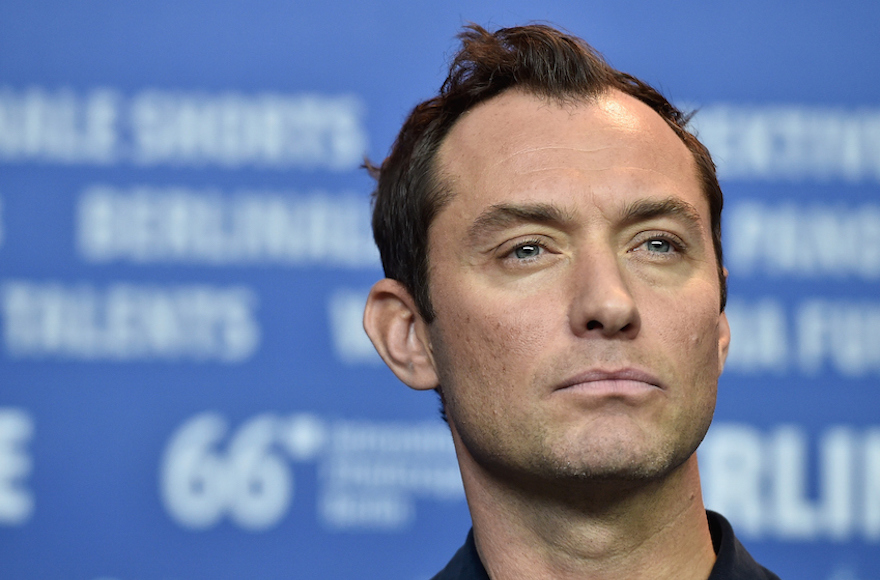 The British actor, whose recent films include “The Grand Budapest Hotel” and “Sherlock Holmes: A Game of Shadows,” read Lion Feuchtwanger’s 1935 open letter to the Nazis occupying his Berlin home, The Jerusalem Post reported.

(JTA reported on the letter in 1935 and printed the full text here.)

Law, along with other British celebrities, was participating in a live performance for 200 migrants at a 4,000-person refugee camp in Calais, France, on Sunday. Called “Letters Live,” the performance featured readings of letters considered relevant to the plight of the refugees.

Feuchtwanger, a prominent novelist and playwright, was a vocal critic of the Nazis even before they came to power in 1933. He moved to France after Adolf Hitler’s election, and was imprisoned briefly after the Nazis invaded France. After escaping imprisonment in 1941, he was granted asylum in the United States, where he lived until his death in 1958.