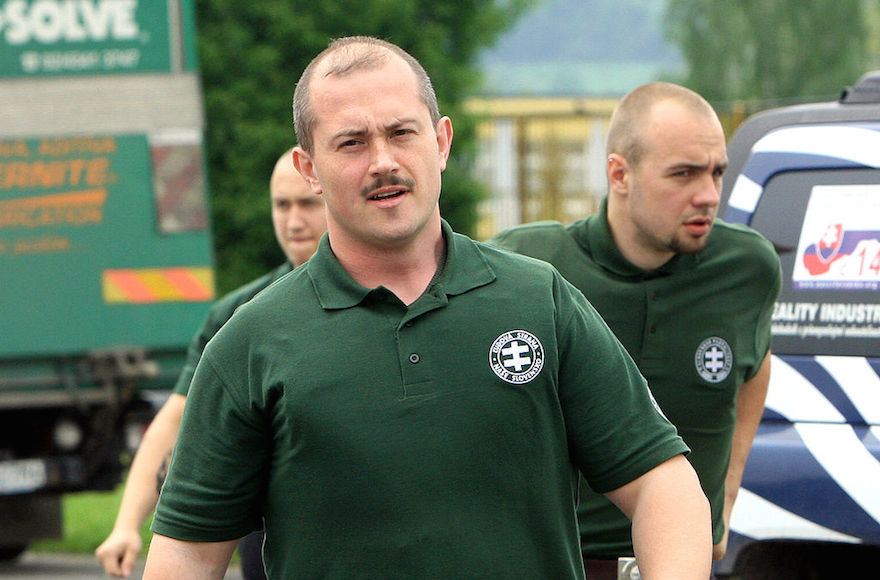 (JTA) — A neo-Nazi party in Slovakia won seats in the nation’s parliament for the first time.

In the results of Saturday’s national elections announced Sunday, the People’s Party-Our Slovakia garnered 8 percent of the vote, three times more than expected, which is equal to 14 seats. The country’s parliament, the National Council, has 150 members.

“We have elected a fascist to parliament,” Foreign Minister Miroslav Lajcak said of Kotleba, who has referred to NATO as a “criminal organization” and spoken out against the United States, the European Union and immigrants.

In July, Slovakia assumes the rotating presidency of the Council of the European Union.