At an Israeli moshav, filling in the blanks on a WWII rescue effort 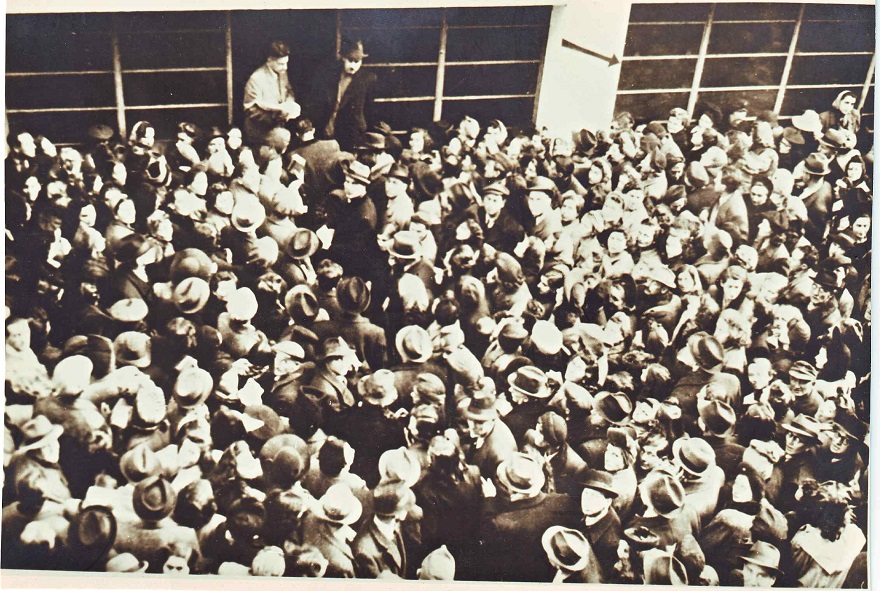 Budapest Jews crowding into the Glass House, a Budapest factory that housed an operation credited with saving tens of thousands of Hungarian Jews. (Courtesy of Beit Ha’edut)
Advertisement

NIR GALIM, Israel (JTA) – On a recent afternoon in a museum in this moshav community near the port city of Ashdod, Hodaya Gadba held up a black-and-white photograph of a three-story building and pronounced, “This was the site of a thrilling episode of the rescue of Jews.”

Gadba then led visitors on a tour of an exhibition dealing with the subject of the picture: the Glass House, a Budapest factory that housed a remarkable operation credited with saving more than 40,000 of the city’s Jews in 1944 and 1945.

The plan was conceived by Miklos “Moshe” Krausz, who had run the Jewish Agency’s Budapest office to facilitate the immigration of Hungarian Jews to prestate Israel, and soon after Germany’s invasion of the country on March 19, 1944, shifted to rescue mode.

His partner in the effort was Carl Lutz, Switzerland’s vice consul. Lutz secured 76 buildings as Swiss extraterritorial holdings that functioned as safe houses, and with Krausz produced and issued a Swiss letter of protection known as the “schutzpass.” Those possessing a schutzpass stayed in the safe houses without fear of capture.

By then, more than 440,000 Jews from Hungary’s towns and provinces had been deported to their deaths in Auschwitz from May to July in 1944. But Budapest remained one of the last bastions of normal Jewish life in a German-occupied country.

Krausz’s effort was at odds with that of a fellow Hungarian Jew, Rudolf Kasztner, who negotiated with top Nazi SS official Adolf Eichmann on an unconsummated deal to ransom 1 million Jews for 10,000 trucks laden with supplies needed by Germany. 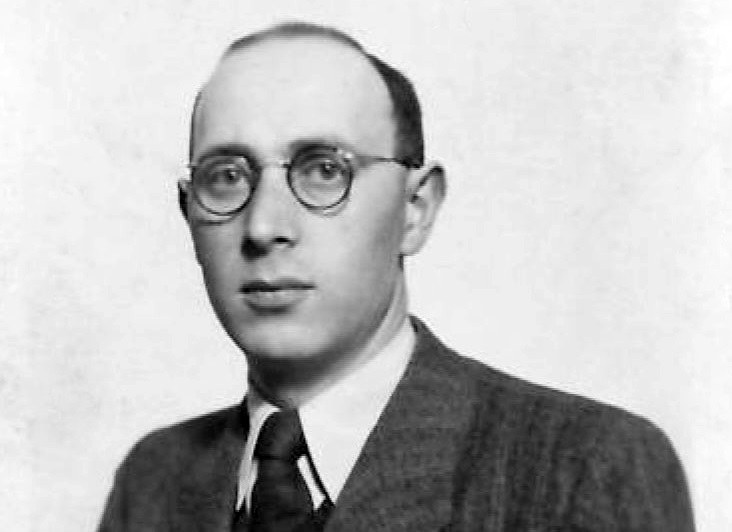 Regarding the Glass House operation, “It’s unknown precisely how many with a schutzpass got to the safe houses. There was also much counterfeiting of the schutzpass,” explained Ayala Nedivi, author of the 2014 book “Between Krausz and Kasztner: The Struggle for the Rescue of the Hungarian Jews.” “The range is 40,000 to 100,000. It could be 50,000 to 80,000.”

Even many of those saved through their schutzpass didn’t know the document materialized due to the Krausz-Lutz effort, said Galia Levinovich, marketing director for Beit Ha’edut, the museum hosting the Glass House exhibit. Nor does a comprehensive list exist of those who received a schutzpass, she said. Two notebooks containing names of some of those saved – one housed in the Swiss capital of Bern, the other at Israel’s national Holocaust commemoration museum, Yad Vashem – are known to exist, Nedivi explained.

To fill in the blanks, Levinovich hopes to hear from those saved in the operation and from their descendants.

“The Glass House’s role is something that’s getting lost,” she said. “We want the families to know that we’re documenting the story. We also want survivors to add to our knowledge [of the episode]. Lastly, Moshe Krausz’s actions were pushed under the rug, and he was forgotten because he was a political rival of Kasztner. We want to correct this because he was the initiator of this [rescue]. People will get to learn about him.”

The heroism of Raoul Wallenberg in rescuing thousands of Budapest Jews became legendary in Holocaust annals, while Krausz’s courage is far less known. But Wallenberg’s effort – representing Sweden, he issued schutzpass documents and established Swedish “safe houses” in the city – was based directly on Krausz’s plan, the exhibition states.

A film screened in the museum’s theater presents viewers with a dilemma: whether they’d favor issuing an unlimited number of schutzpass or respect the 7,800 figure that Hungary’s ruler, Miklos Horthy, and Lutz had arranged. Exceeding 7,800 may have aroused the suspicion of the pro-Nazi Arrow Cross, which succeeded the deposed Horthy, and thereby endangered the rescue.

Krausz and Lutz kept producing the documents. Lutz rescued Jews even during the Nazis’ death marches near war’s end.

As it was, the pair manipulated the 7,800 figure to apply to households and not individuals.

Among those saved was Ralph Klein, a Berlin native living with his parents in Budapest, who went on to become a legendary coach for the Israeli basketball team Maccabi Tel Aviv. Another was Moshe Shkedi, whose son Eliezer became the Israeli Air Force’s chief of staff.

Arthur Weiss, the glass factory’s owner, was sheltered in the building, as were thousands of others. He later was killed by the Arrow Cross; his wife and son survived and immigrated to the United States.

Kasztner would settle in Israel and work for the Ministry of Trade and Industry. He was assassinated in Tel Aviv in 1957, a few years after a celebrated trial that determined his actions in Hungary amounted to collaboration with the Nazis.

Krausz made his home in Tel Aviv and later Jerusalem, working for a children’s village and then the Ministry of Welfare. He had met his wife, Gusta, a native of Poland, in the Glass House. Last summer, a street in the Jerusalem neighborhood of Pisgat Zeev was named for Krausz, who died in 1986. Another street in the capital is named for Lutz, who with his wife, Gertrud, was honored as Yad Vashem’s Righteous Among the Nations.

“I’m proud that my uncle devised such a daring, original plan,” said Shosh Rot, a Kfar Saba resident and Krausz’s niece. “He was modest, good and connected to the Jewish people. He did what he did not for honor or money, but to save Hungary’s Jews. To be his relative makes me happy in my heart.”

(Please email Hillel Kuttler at seekingkin@jta.org if you know people saved through the Glass House rescue operation. If you would like “Seeking Kin” to write about your search for long-lost relatives and friends, please include the principal facts and your contact information in a brief email. “Seeking Kin” is sponsored by Bryna Shuchat and Joshua Landes and family in loving memory of their mother and grandmother, Miriam Shuchat, a lifelong uniter of the Jewish people.)