The lessons of Nuremberg: Stand up to hate, and remember hate’s victims 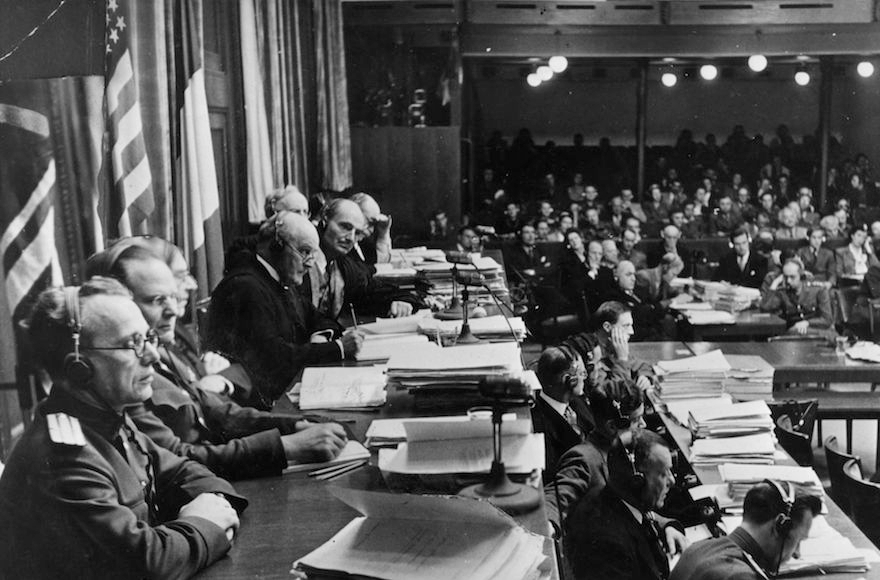 Members of the tribunal presiding over the Nuremberg war crimes trials in 1946. (Hulton Archive/Getty Images)
Advertisement

This historic juncture will be the theme of an international legal symposium on May 3 at Jagiellonian University in Krakow. It will be followed the next day by the March of the Living, when some 10,000 young people and survivors will march in remembrance and solidarity from the gates of Auschwitz to Birkenau.

We must ask ourselves two questions: What have we learned? What must we do?

The responsibility of remembrance

The first lesson is the importance of “zachor,” of remembrance of the victims defamed, demonized and dehumanized as prologue and justification for genocide, so that the mass murder of 6 million Jews, and of millions of non-Jews, is not a matter of abstract statistics.

The responsibility to prevent state-sanctioned incitement to hate and genocide

The Holocaust succeeded not only because of the industry of death — of which the crematoria are a cruel reminder — but because of the Nazis’ state-sanctioned ideology of hate. Genocide starts with teaching contempt for, and demonizing, the other. As the Canadian Supreme Court affirmed, “The Holocaust did not begin in the gas chambers – it began with words.”

The responsibility to combat old/new anti-Semitism

From 1941 to 1944, 1.3 million people were murdered at Auschwitz – of whom 1.1 million were Jews – recalling Elie Wiesel’s dictum that “the Holocaust was a war against the Jews in which not all victims were Jews, but all Jews were victims.”

Jews died at Auschwitz because of anti-Semitism, but anti-Semitism did not die there. As we have learned only too tragically, while it begins with Jews, it doesn’t end with Jews.

The responsibility to repudiate false witness

The Holocaust denial movement – the cutting edge of anti-Semitism old and new – is not just an assault on Jewish memory in its accusation that the Holocaust is a hoax and the Jews fabricated the hoax. Rather it constitutes an international criminal conspiracy to cover up the worst crimes in history. The Holocaust denial movement whitewashes the crimes of the Nazis, as it excoriates the “crimes” of the Jews. And now, in an inversion of the Holocaust, Israel is labeled as a genocidal state and the Jews are smeared as the new Nazis.

Holocaust crimes resulted not only from state-sanctioned incitement to hatred and genocide, but from crimes of indifference and from conspiracies of silence – from the international community as bystander. What makes the Holocaust, and more recently the Rwandan genocide, so unspeakable, is not only the horror of the genocide itself but that these genocides were preventable.

The responsibility to bring war criminals to justice 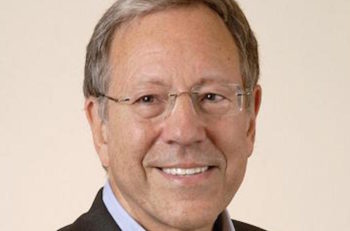 The responsibility to speak truth to power

The Holocaust was made possible not only because of the “bureaucratization of genocide,” as described by Robert Lifton and personified by Adolf Eichmann – but because of the “trahison des clercs,” the complicity of the elites, including physicians, church leaders, judges, lawyers, engineers, architects and educators.

It is our responsibility, then, to speak truth to power, to hold power accountable to truth.

The responsibility to intervene

It is revealing, as Henry Friedlander pointed out in his work “The Origins of Nazi Genocide,” that the first group targeted for killing were the Jewish disabled.

It is our responsibility to give voice to the voiceless and to empower the powerless, be they the disabled, poor, elderly, women victimized by violence or vulnerable children – the most vulnerable of the vulnerable.

The responsibility of rescue

Remembrance and tribute must be paid to the rescuers, the Righteous Among the Nations, like Raoul Wallenberg, who demonstrated that one person with the compassion to care and the courage to act can confront evil, resist and transform history. Tragically, the man who saved so many was not himself saved by those who could have. We have a responsibility to help discover the fate of this great hero of the Holocaust, whom the United Nations called the greatest humanitarian of the 20th century. (The Raoul Wallenberg International Roundtable, to be held May 20-21 at Budapest’s Holocaust Memorial Center, will attempt to do just that.)

The responsibility to remember the survivors

We must always remember – and celebrate – the survivors of the Holocaust, the true heroes of humanity. They witnessed and endured the worst of inhumanity, but somehow found, in the depths of their own humanity, the courage to go on, to rebuild their lives as they helped build our communities.

We will speak up – and act – against racism, against hate, against anti-Semitism, against mass atrocity, against injustice, and against the crime of crimes whose name we should shudder to mention: genocide.

(Irwin Cotler is professor of law [emeritus] at McGill University and founding chair of the Raoul Wallenberg Centre for Human Rights. A former minister of justice and attorney general of Canada and longtime member of Parliament, Cotler is co-chair with Alan Dershowitz of the forthcoming international legal symposium “The Double Entendre of Nuremberg: The Nuremberg of Hate and the Nuremberg of Justice.”)