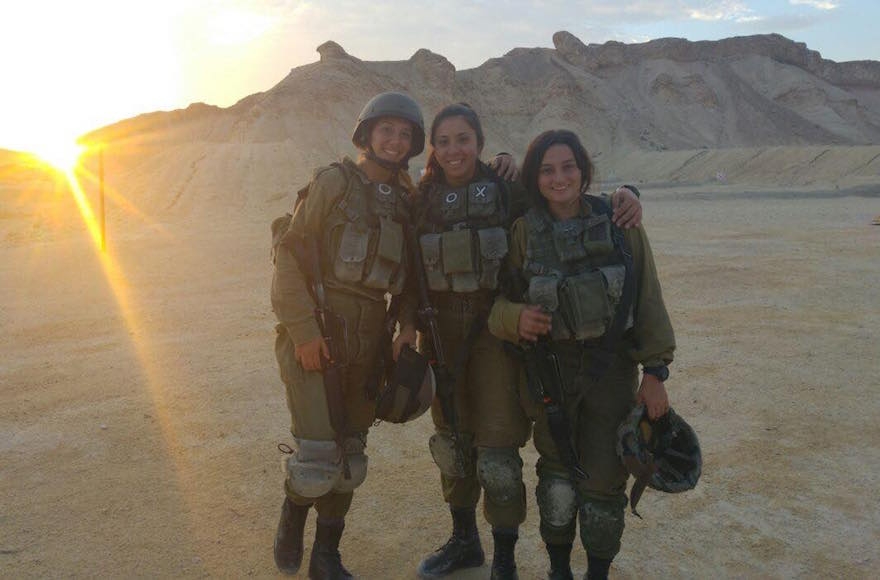 You may think camouflage face paint is about blending in. But done right, it can be the key to that standout military look you crave.

In a sendup of online makeup tutorials, the 19 year-old Los Angeles native, last week posted a Facebook video explaining how to make the most of the army-issue coverup. The video has since been viewed about half a million times.

“I always thought makeup tutorial videos were funny because the people in them take them so seriously,” Defore told The Times of Israel.

Her color palette ranges from beige (which she dubs “peace in the Middle East” because “all you can see is sand”) to olive green (which she says really “brings out [her] eyes”) to black (which she calls “kitchen” because it’s “the same color as all the food we eat on base”).

Despite taking some goodnatured shots at army life in the video, Defore is in no hurry to get home. She plans to stay in Israel after her service ends this summer to study entrepreneurship. Maybe she’ll start a makeup line.