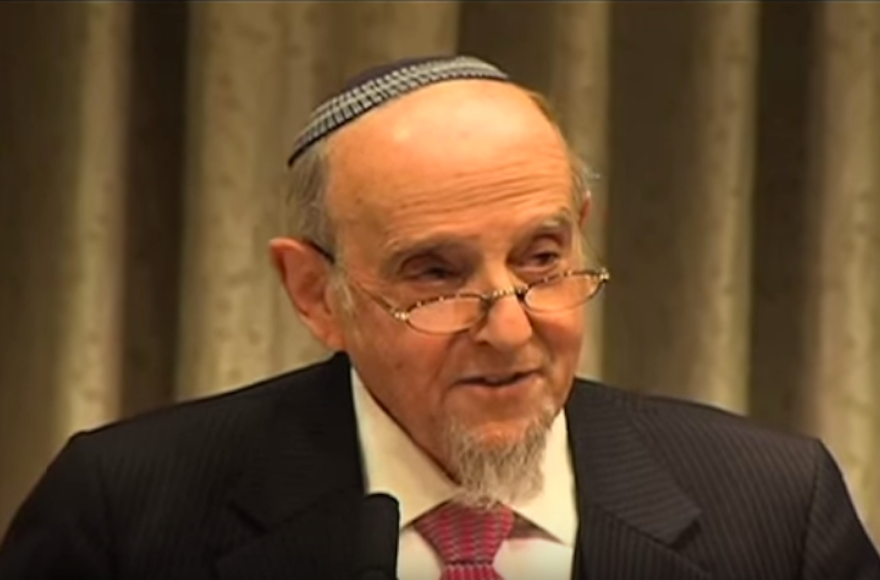 In a letter to members of his community Friday, Lookstein wrote that he had accepted Ivanka Trump’s invitation to deliver an invocation at the convention “out of respect for her and our relationship.” But he said he would withdraw because the matter had become political. Trump’s father, Donald Trump, is the presumptive Republican presidential nominee.

“Unfortunately, when my name appeared on a list of speakers at the convention, without the context of the invocation I had been invited to present, the whole matter turned from rabbinic to political, something which was never intended,” he wrote. “Like my father before me, I have never been involved in politics. Politics divides people.”

Lookstein is the former head of school at the Ramaz School, an elite Jewish prep school, and the former rabbi of Kehilath Jeshurun, a tony Modern Orthodox synagogue on Manhattan’s Upper East Side that his own father Joseph once led. He appeared Thursday on the list of slated speakers for the convention, which will take place Sunday through Thursday in Cleveland.

In the draft text of his invocation, which he appended to his Friday letter, Lookstein appeared to push back against Trump’s more inflammatory statements.

“We thank you for our constitutional government that has created and fostered the American ideals of democracy, freedom, justice and equality for all, regardless of race, religion or national origin,” read the invocation, which also asks for God’s protection from threats “from within, by those who sow the seeds of bigotry, hatred and violence, putting our lives and our way of life at risk.”

But his decision to appear at the convention was widely seen as an endorsement of Donald Trump’s Republican candidacy, and sparked backlash.

A petition started by Ramaz alum Jacob Savage Thursday, calling on Lookstein to back out of the convention, had garnered nearly 750 signatures by Friday morning. The petition castigates Trump for his rhetoric and admonishes Lookstein for “embracing” it.

“Donald Trump openly spouts racist, misogynistic rhetoric; he advocates torture, the expulsion of millions of families, some long settled in America, and insinuates that some citizens of this great country are somehow less than others,” the petition reads. “To embrace Trump and Trumpism goes against all we’ve been taught. As graduates of Ramaz, and as current or former members of the Modern Orthodox community, this is a shanda [embarrassment] beyond the pale.”

This is the second time this week that Lookstein has been at the center of controversy. On Wednesday, Israel’s Supreme Rabbinical Court rejected the conversion of a woman converted by Lookstein, reportedly on the reasoning that it can’t verify conversions performed in America. The court’s decision drew rebuke from a range of American and Israeli leaders, including Israel’s chief rabbis.