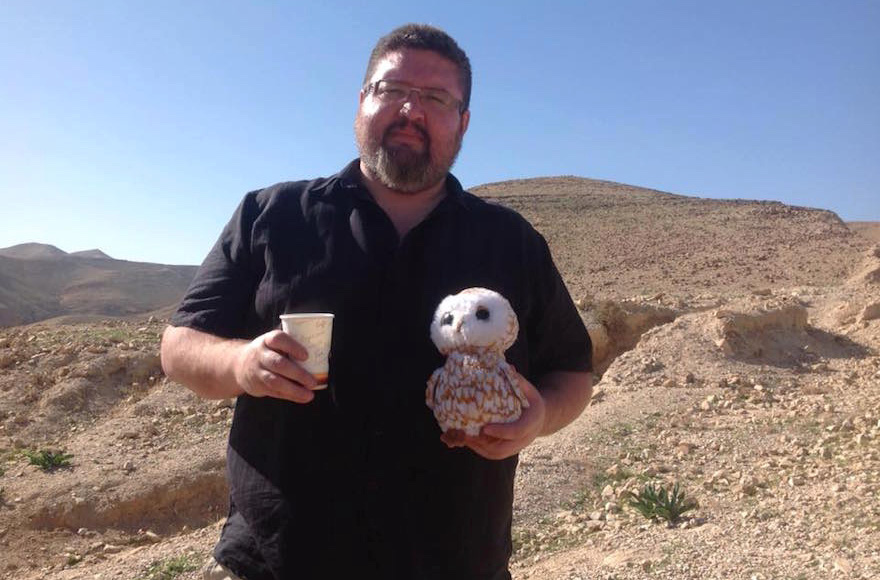 Ryan Bellerose, a Metis from northern Alberta, was recently hired by B'nai B'rith to serve as its advocacy coordinator for western Canada. Here he is standing in Israel's Negev Desert. (Courtesy of Ryan Bellerose)
Advertisement

(JTA) – Activist Ryan Bellerose sees Israel as not just “a light unto nations” in a general sense — it’s a prescription, too.

Specifically, the State of Israel, whose establishment Bellerose considers the “greatest human rights story ever,” can offer a blueprint for securing land and rights for indigenous tribes around the world.

This connection between Israel and native peoples is personal: Bellerose, 40, of Calgary, is a member of the Metis nation, which is recognized by the Canadian government as one of the country’s official aboriginal peoples.

Bellerose, who was raised Roman Catholic and now practices Cree spirituality, jokes that his friends call him “Rabbi Ryan.” He rose to prominence within Jewish circles when he launched a successful pro-Israel organization, Calgary United With Israel (now known as Canada United With Israel) in 2013.

And now Bellerose, who was raised in northern Alberta in the Metis settlement of Paddle Prairie, has been hired by B’nai Brith Canada as its advocacy coordinator for western Canada.

While he’s not a member of the tribe, he feels that he has “some valid things to teach and to learn” from his Jewish friends.

On social media and in person, his style is straightforward and no-holds-barred, in the manner of the 6-foot-4, 360-pound offensive lineman he is — Bellerose played more than a decade in the semi-pro Canadian Major Football League. His tolerance level for political correctness is low. Bellerose displays interest in well-argued views by opponents, but often admits to losing patience with those posting anti-Israel lies and slurs. (The word “asshat” pops up frequently in his tweets, as in: “If you are threatened by indigenous people asserting our rights, you are probably an asshat.”)

His boss, Amanda Hohmann, the Toronto-based director of B’nai Brith’s League for Human Rights, said that bringing Bellerose on board in late August was “a no-brainer” in helping the organization jump-start operations in provinces west of Ontario that were dormant for years.

“B’nai Brith is trying to change and become more relevant,” she said. “Ryan is the face of that new dynamic.”

Hohmann said Bellerose’s past work in building relationships among ethnic groups is an advantage in his first assignment: helping the organization to confront the “growing problem” of anti-Semitism in western Canada.

Because he comes at Jewish issues from the outside, Bellerose said, “my voice in your struggle is amplified.”

“I’m not doing it because I expect Jews to stand up for my people,” he said. “You guys were always involved in standing up for other people, even when you were a marginalized minority. Let’s all stand together.”

Bellerose came to pro-Israel advocacy from years of volunteer work to advance the rights of Native Canadians, including urging tribes not to sell their land to provincial governments at below-market value. 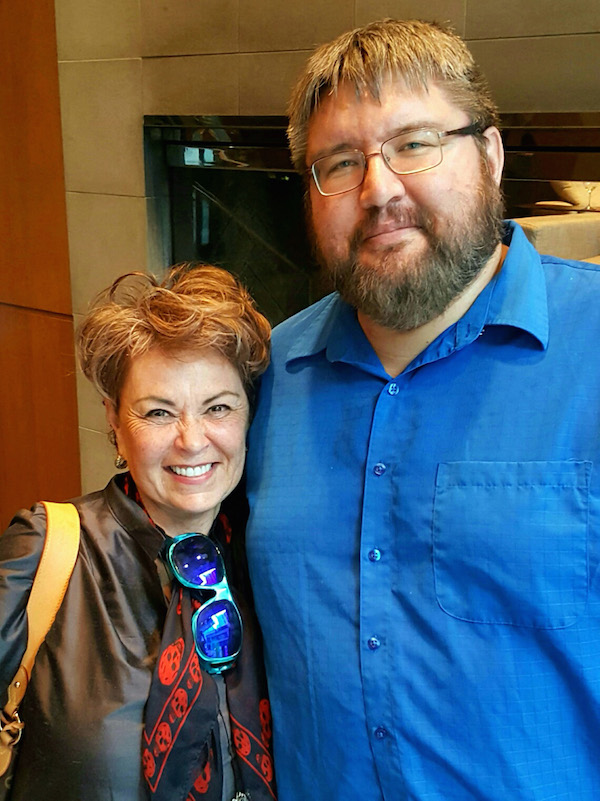 He was first inspired by the Jews’ return to Israel, seeing it as a model for the Metis.

“When I started doing this, I thought, ‘This is a great example to my people.’ Honestly, we get a little jealous because you have an ability to manifest a bit of your identity that we don’t have,” he said.

Having a Native Canadian representing the oldest American-Jewish organization makes perfect sense, said Hohmann, who called him a “tremendous asset” to the organization.

“Ryan’s not Jewish,” Hohmann said. “He doesn’t have all that baggage.”

“For too long, we’ve allowed the other side” – the anti-Israel activists – “to define the terms of engagement,” she said. “I don’t know why that’s acceptable.

“Ryan has blown that open, he engages on his terms on this issue. He comes from a background of First Nations advocacy: to demand that his rights be heard and listened to. When he does Israel advocacy, he keeps that perspective.”

Much of Bellerose’s appeal within the Jewish community lies in his ability to reframe the debate between Israel’s proponents and its detractors. The narrative, he said, should center on Jews’ indigeneity to the Land of Israel, continued presence there and mass return after two millennia of exile.

“You didn’t have your land — [conquerors] took everything but your identity,” Bellerose told JTA. “Then, you didn’t just take Israel – you seized it.

In 1869, the Metis — Bellerose’s ancestors among them — lost their land in the Red River region of present-day Manitoba to the Canadian government. They have since sought unsuccessfully to return home.

Some observers see Bellerose’s style — as well as his unapologetic, unqualified support for Israel’s right to statehood — as providing a breath of fresh air in Jewish circles.

“We as Jews are so vocal in support of others, but we’re afraid to speak up for ourselves,” said Sarah Bernamoff, a Jewish Albertan who co-founded Calgary United With Israel. “Ryan, by his example, has opened a huge door.”

She added: “The voice of Ryan – coming as it did from the outside, from a First Nation – has traction.”