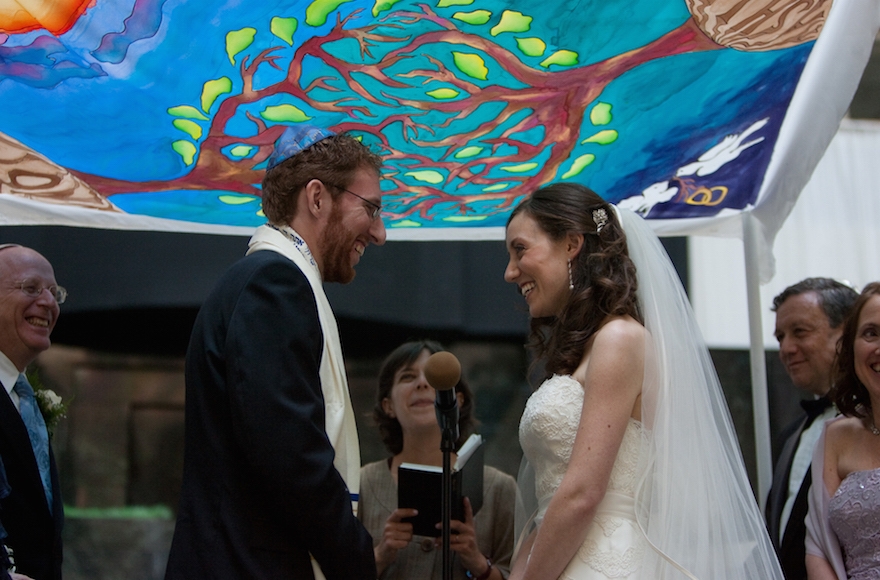 There is widespread communal agreement that intermarriage has reshaped the landscape of American Jewish life, but a lack of consensus regarding how best to respond to this development. At the forefront of the controversy has been rabbinic officiation at intermarriage ceremonies.

For some, the debate over whether a rabbi or cantor should conduct an interfaith wedding hinges on theological questions. But for many the debate is also about the impact that rabbinic officiation might have on the Jewish character of the homes and families these couples create. Contrary to the long-held assumption that choosing a Jewish officiant is a symbolic, not a substantive act, we now have strong evidence of the association between rabbinic officiation at intermarriages and the couples’ subsequent involvement in Jewish life.

Our new report, “Under the Chuppah: Rabbinic Officiation and Intermarriage,” explores the trajectories of Jewish engagement of a large group of young adult Jews married to Jewish and non-Jewish spouses. As part of a long-term follow-up study of 2001-2009 applicants to Birthright Israel, we surveyed 1,200 married young adults. We explored differences among three groups of couples: inmarried couples, intermarried couples who had a sole Jewish clergy officiant (i.e., no non-Jewish co-officiant) and intermarried couples who married under other auspices such as a justice of the peace, friend or family member. 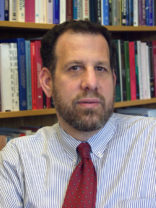 Among the intermarried couples married by a rabbi or cantor, the overwhelming majority (85 percent) of those who now have children reported that the religion in which their children are being raised is Judaism.

This is in stark contrast to the intermarried couples who did not have a sole Jewish officiant, of whom 23 percent are raising their children Jewish. Consistent with these findings, one-third of intermarried couples who had a rabbi or cantor as sole officiant are synagogue members. This number is more than four times higher than the rate for intermarried couples married by another type of officiant. These differences persist even when the gender, Jewish background and college Jewish experiences of the Jewish spouse are taken into account.

On the two measures that have been at the heart of the controversy about Jewish officiation at intermarriages — synagogue membership and raising children Jewish — intermarried couples with sole Jewish clergy officiation are not very different from inmarried couples (that is, Jews who marry Jews). The rates of synagogue membership are 34 percent for the former vs. 41 percent for the latter, and for raising children Jewish 85 percent vs. 94 percent. 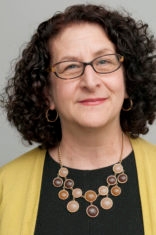 Our study does not provide a full explanation of the reasons for the differences between intermarried couples with a sole Jewish officiant and other intermarried couples. In part, the decision to have a Jewish officiant likely reflects a continuation of the already existing Jewish trajectory of these couples. But it may also be that the involvement of Jewish clergy has an independent impact on the lives of intermarried couples. Interactions with Jewish clergy in preparation for the wedding may serve to welcome the non-Jewish partner into Judaism, establish the groundwork for a continuing relationship and affirm the couple’s prior decision to raise a Jewish family. Conversely, rejection by clergy, even with a referral to another rabbi, may have a negative effect.

Rabbinic officiation at intermarriage is a relatively new phenomenon, and we are only now beginning to see its effects. What does seem apparent from our research is that most couples who engaged rabbis for officiation purposes appear to have Jewish commitments that carry over past the wedding ceremony.

Marshall McLuhan famously cautioned, “We drive into the future using only our rearview mirror.” In contrast to demographic studies which, while valuable, tell us more about the past than the future, our socio-psychological studies of intermarried young couples shed light not only on the lived experiences of contemporary Jews, but also provide critical data for thinking about the future.

We would like to think that our research, rather than viewing Jewish experience through a rearview mirror, is looking forward. We are discovering that the consequences of intermarriage that we have long expected to be devastating vis-a-vis the Jewish future may not be inevitable.